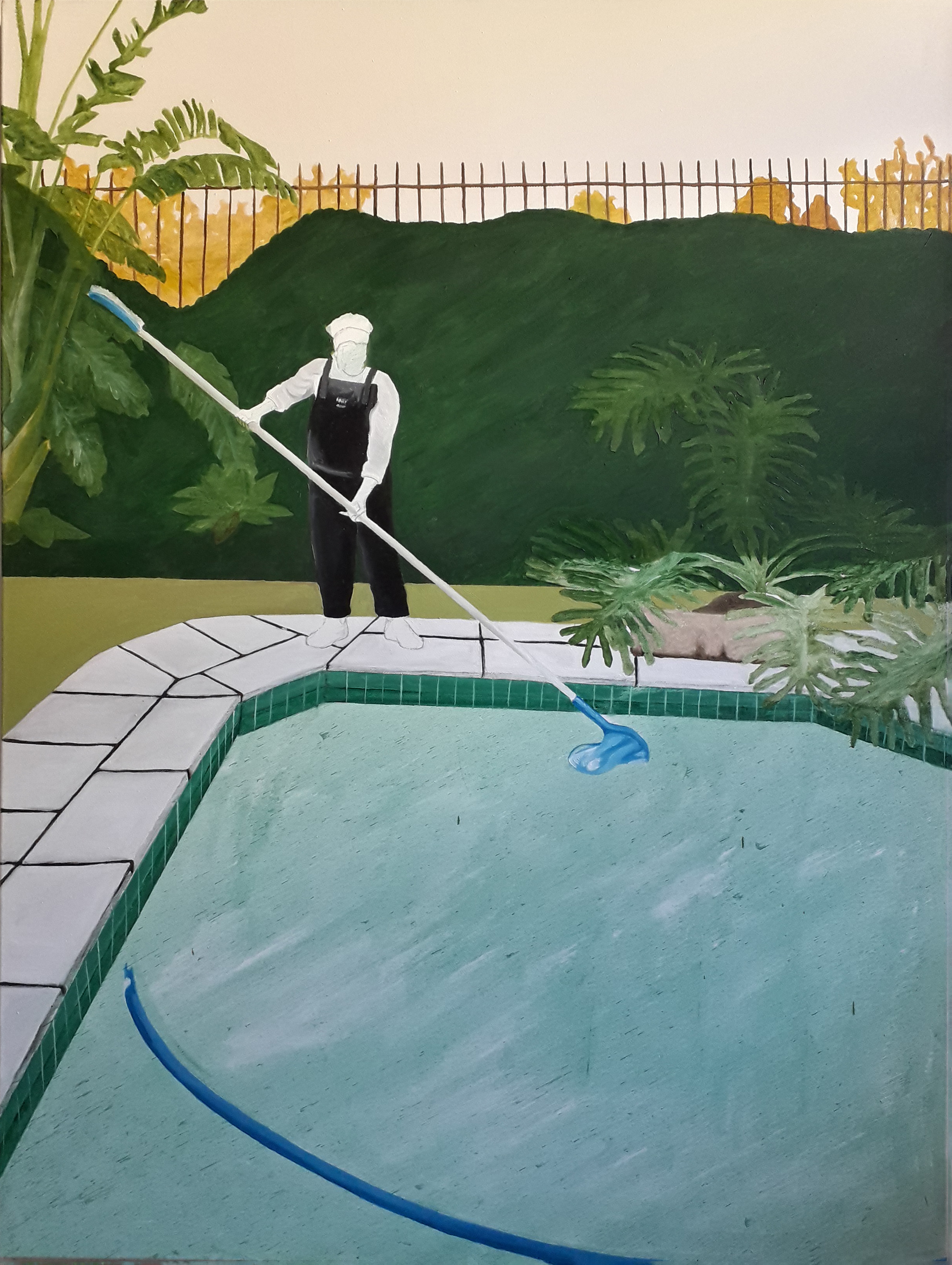 Visual artist Matty Monethi cannot be pinned down to a particular location (physically speaking). Throughout the artist’s life (of 25 years), Monethi has lived in four different countries, experienced two continents and has moved a total of 18 times and counting. There is one clear fact of ‘permanence’ to Monethi (and quite relatable) and that is, the journey that the artist presents. More specifically the experiences along the journey and the moments of stillness captured through Monethi’s use of negative space that remind me of the moments we encounter on the journey of life that allow for us to find a place of grounding – a point of presence among the chaos, so to speak. 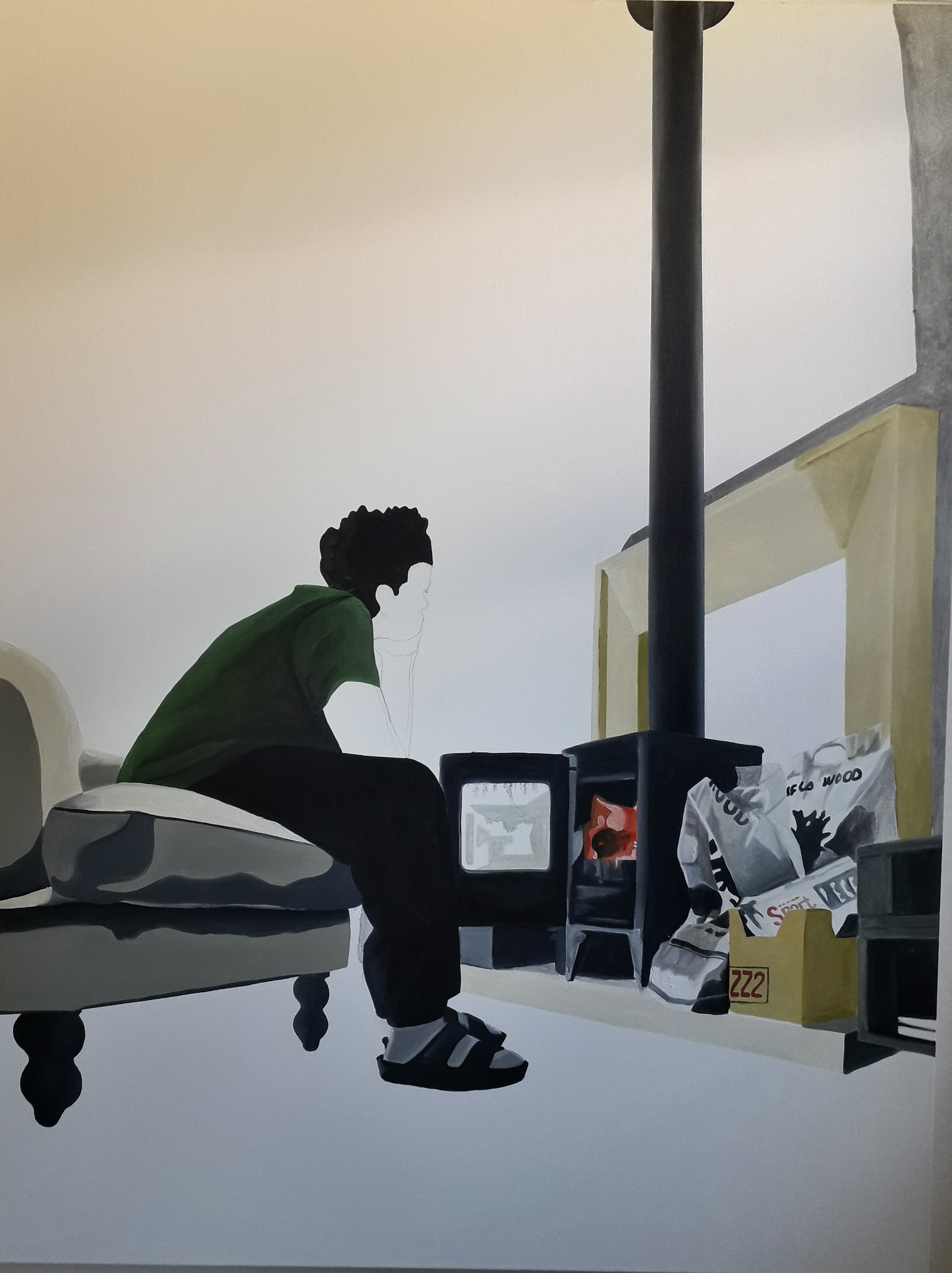 One of these fine moments can be seen in Monethi’s Make the fire please, where the artist has painted herself performing a seemingly casual household task of lighting the fireplace. The fireplace, as mentioned in conversation with the artist, served as Monethi’s routine and designated task when residing with a friend for the past few months. Yet as small as part of Monethi’s daily regime this seemed, it grew to be one of the most important signifiers of the artist unconsciously drawing refuge among the instability she did not expect to find herself in. Make the fire please is not only a beacon of security within routine but also the invitation to find refuge and find that moment of presence where one can invest in, to become a part of, to claim a presence that solidifies one’s belonging. 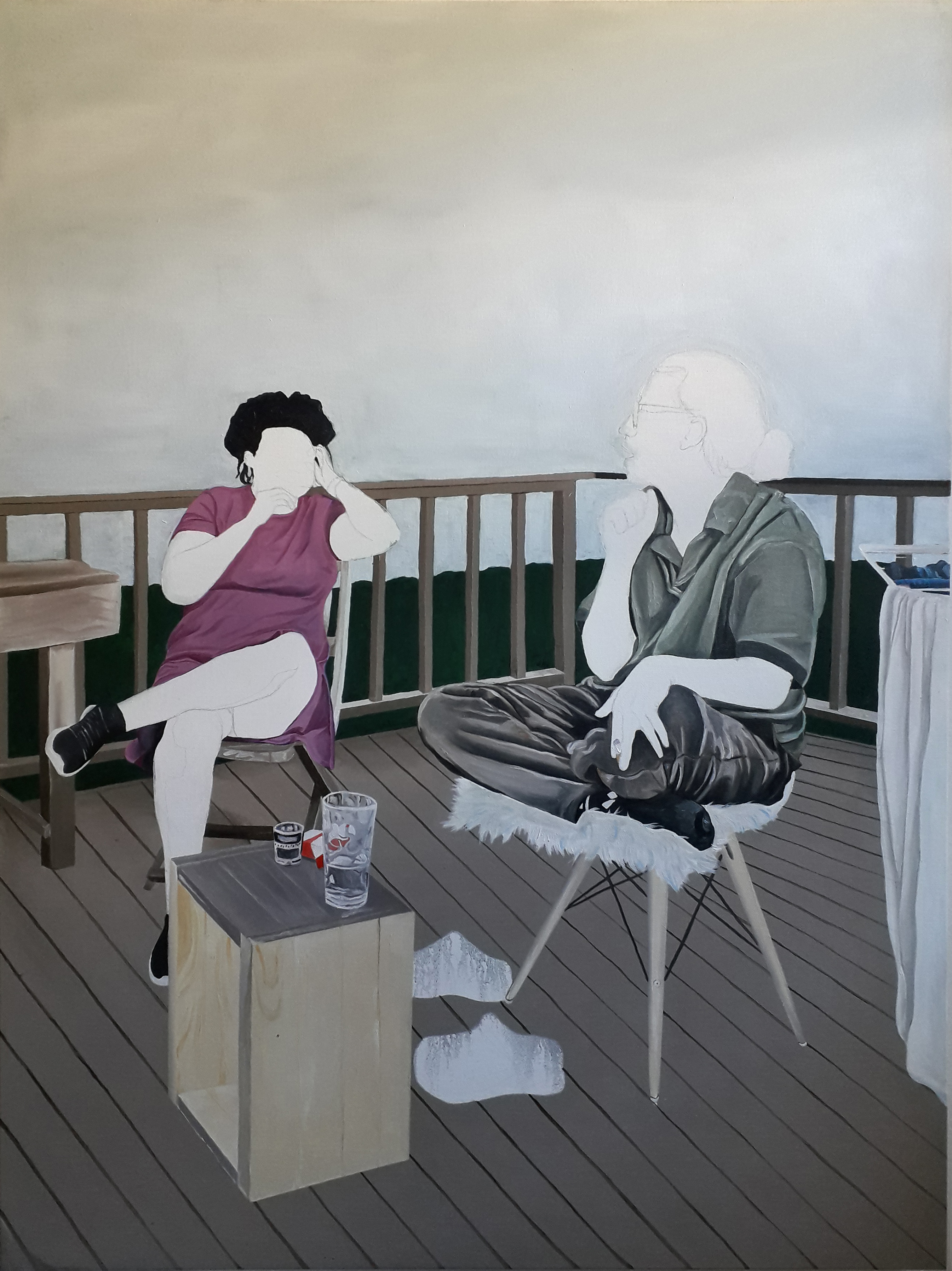 To gain more insight behind the painting, Monethi was posed with a series of Quick Five Questions.

In 3 words, how would you describe your approach to art-making in general?

At present, what (or who) are you influenced by? What factors of your journey did you choose to represent?

I’m influenced by my life experiences and history, the places and people who feature in it. The present and absent relationships that are part of that history. For this work, I chose to represent the present. My present relationships with the spaces I inhabit and the people I live with.

Of the three works produced for En(In)vision, which would you say holds the most meaning in terms of your journey? Why?

Swimming Pool holds the most meaning, the decisions and actions of that day were what triggered the three works and my thinking around them. The pool belongs to my friend, and I was only supposed to stay with him for two weeks at most, but due to the border between South Africa and Lesotho closing, I stayed longer, which turned into five months and counting. When you are existing in a place on borrowed time, you make conscious decisions not to get attached, and in my case not to get domestic. That is what the pool signified for me. I refused to interact with it and be responsible for it. After 5 months I had a “Fuck it” moment and started cleaning it. I became settled after that. Decided to have a bit of permanence within the impermanence.

How did you find solace in a state of impermanence?

It’s just the way I grew up? I’ve been in a state of impermanence since I was nine years old, that’s almost 16 years ago. At some point it just became my reality. It has made me open to change and great at adapting quickly, which is nice.

What advice would you give to your fellow artists during this time with regards to managing self and practice?

Set boundaries, especially if you work from home. It’s important to have a separation between home time and studio time, though it’s easier said than done. But it’s worth the attempt.

Visit Jordan Anthony's show, En(In)vision, which is a part of our CuratorLab Online Residency programme.