MADEYOULOOK brings together a selection of artists and projects form documenta fifteen for a series of talks, workshops, screenings and listening sessions on the subject of land. 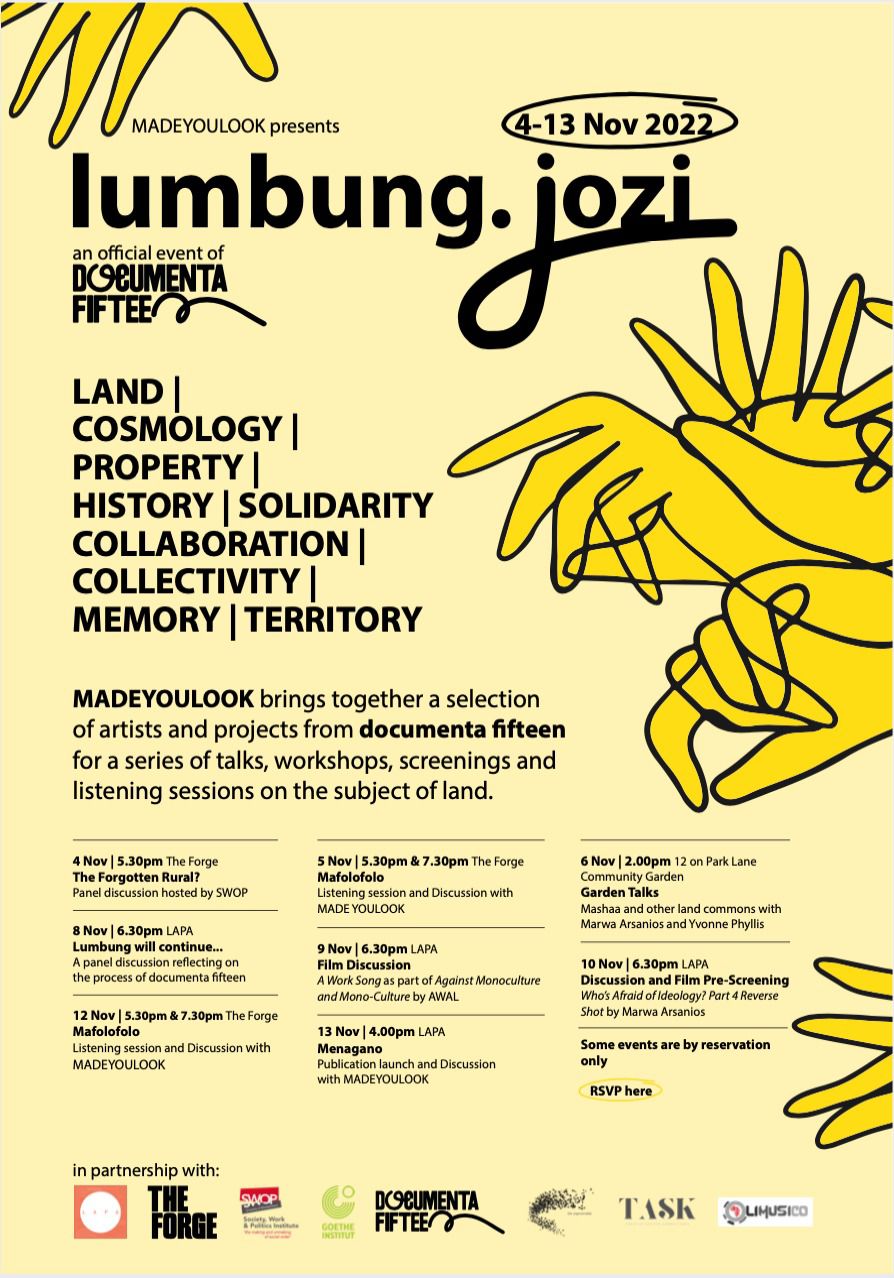 The framing principle of documenta fifteen has been the concept of lumbung – an Indonesian rice barn used as a social space built around the values of solidarity, cooperation, transparency, and regeneration. lumbung.jozi seeks to build upon the premise of lumbung as it relates to questions of land, and to share some small part of documenta fifteen in South Africa.

In recent years questions of land have emerged as a matter of urgent public discourse in many parts of the majority world, not least of all in South Africa. Issues of property ownership, politics of food production, various ecological concerns and the need to reimagine what it means to be in relationship with the land have all come to the fore. Land has also come to represent a significant political, social and artistic consideration among the practitioners and collectives involved in documenta fifteen. lumbung.jozi brings some of these socially engaged practices from around the world into exchange with a range of artists, land workers, activists and academics to engage myriad themes on the subject of land in the South African context.

lumbung.jozi will share a series of discursive events across multiple sites and venues in the city from 1-13 November. Goethe-Institut Johannesburg’s LAPA will operate as the main gathering and working space of the lumbung.jozi contributors throughout this period, with a select number of discussions and gatherings set to be hosted around the city at various venues. In addition, the lumbung Land Working Group will meet across the week to determine the continuation of projects and programmes around land. The lumbung Land Working Group was established due to evident and emerging connections that emerged during documenta fifteen, and includes various artists and collectives from the lumbung who engage with subjects of land, ownership, territory, nature, more-than-human relations, climate, politics of extraction and of food production.