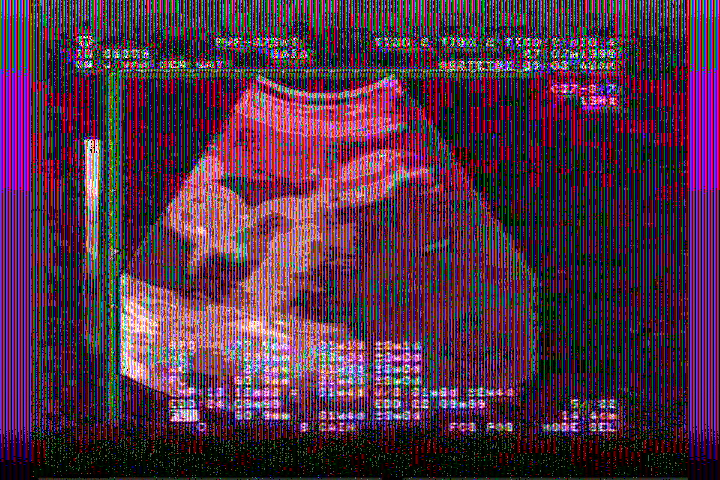 Baia has utilised the digital space and its complexities to highlight spaces and ways of re-seeing the self through glitch art.

Referring to the video work originally produced in 2020, Ultrasound99 (Abridged), is a 2-minute-long video consisting of a series of glitches placed over the artist’s original VHS ultrasound with a background sound of breathing throughout the video. The artist’s alteration of their original ultrasound is a rather direct indication of the refusal towards subscribing to (nowadays what I see as) ‘prehistoric’ societal gender norms of either male or female genres of identification.

To understand Baia’s approach means to understand the encounter that they present within the make-up of the glitch that has been created. In a very broad and general sense, the glitch has always been understood as a signifier of error, of mistake, of loss (of signal) and of thought, spatially, emptiness. The appearance of the glitch also triggers an immediate reaction of identifying something that is broken and must ‘be fixed’. Thinking about the way that the appearance of the glitch works stereotypically within digital make-up as compared to Baia’s use of such a signifier makes for a significant understanding of not only the way that society’s reaction to any deference from the pre-established prehistoric ‘norm’ of gender but also to understanding the narratives through which the queer exists. I would say that Baia has given life to the glitch, and in a way has re-imagined the narrative through which their own identification was formed and thus begun a very important process of igniting understanding and actively self-historicising one’s self. 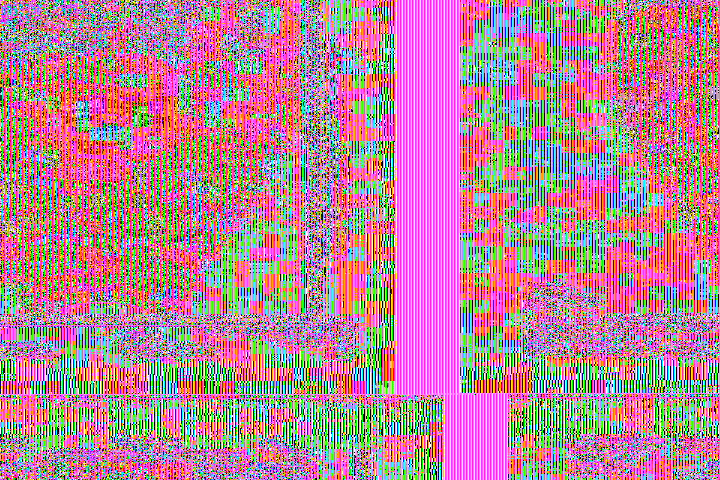 The process of creating the glitch itself also holds significance, as it is produced via the method of data bending, which, explained simply by Baia, is the process of manipulating raw data and transforming that data, through the use of certain digital tools, into another form of data or its desired form.  Data bending can be a lengthy process, depending on the content used, however, to produce the visual representation of the glitch, Baia would have had to render images as sounds and vice versa, which would create the visual(s) of the glitch. Baia’s glitches thus signify the lens through which our prehistoric patriarchal society has viewed queerness and those who choose to identify as such. However, by their use of the glitch incorporated into the ultrasound, does the glitch become emancipated, resulting in the emancipation of identity, of gender, of self, of a queer body. The stills of a few glitches that appear in the video and which are featured in the show, En(In)vision, allow for us to take a moment and look, acknowledge and recognise the re-birth of the queer within the glitch.

To gain more insight into their process, artist Tristan Baia, was posed with a series of Quick Five Questions. 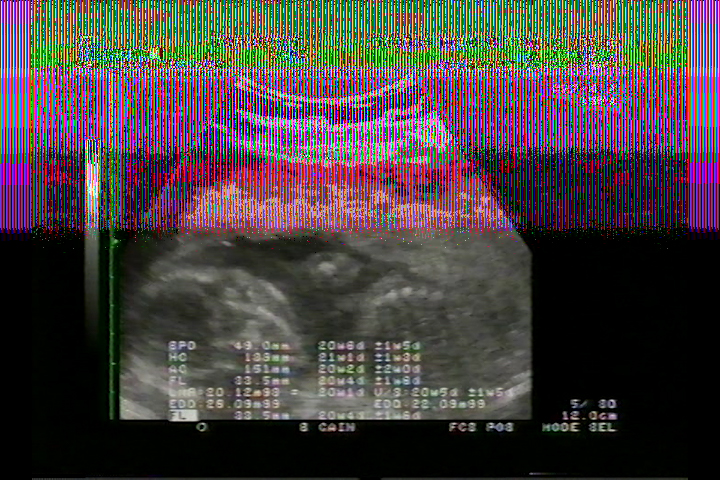 In three words, describe your art-making process in general

If I had to describe my artmaking process in three words I would use ‘queered, durational, procedural.

What (or who )drove (or inspired) your interest in glitch art?

I had created a series of prints earlier in the year using photos taken at my birth, and as I was exploring my family archives in search of the aforementioned photos I found a cassette tape with my prenatal ultrasounds, which lead to the idea for the video. The glitch aspect just…happened, I genuinely can’t remember how, but it’s been a very generative way of working that I’ve really enjoyed exploring.

In what way(s) has your amended Ultrasound video provoked healing from societal trauma inflicted on queerness/the queer body?

I can’t speak for anyone but myself, but the data-bending process utilised to create the glitch work aspects of the video is quite durational and lengthy, which left a lot of room for introspection. Looking at glitch as a way of working simultaneously gave me new ways to think about my own nonbinary identity – I think the parallels between existing outside a binary, and the idea of what a glitch is, are clear to see.

Is there a specific number of glitches produced for the video?

There’s no set number of glitches in the video – I wanted to really engage with the fluidity and unpredictability of the data bending process and allow the video to evolve naturally as I worked on it.

What advice would you give to the current art world/sphere in terms of its inclusivity for young queer creatives?

One thing that I’ve noticed as I’ve searched around for what to do after I graduate is that there seems to be a distinct lack of competitions, resources, and residencies designed for queer artists and creatives. It’s a bit disheartening to be sure, and I feel like by opening up and creating spaces for queer creatives the art world could really be opening up space for some extremely talented individuals. I don’t think it's necessarily something we need to wait for people to do for us – queer artists have already built their own personal communities. Caring for each other is one of the queerest things you can do when institutions don’t care about artists. 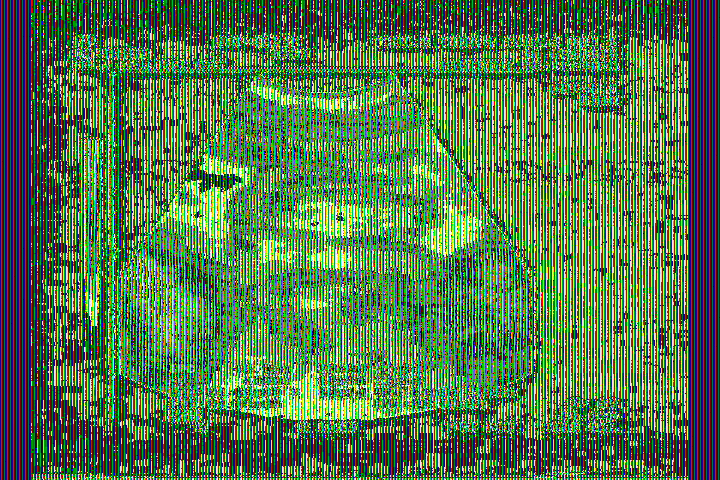 Visit Jordan Anthony's show, En(In)vision, which is a part of our CuratorLab Online Residency programme.