African Spiritualism is the Focus of a New Generation of Artists

African traditions are moving into the mainstream, writes Nolan Stevens. 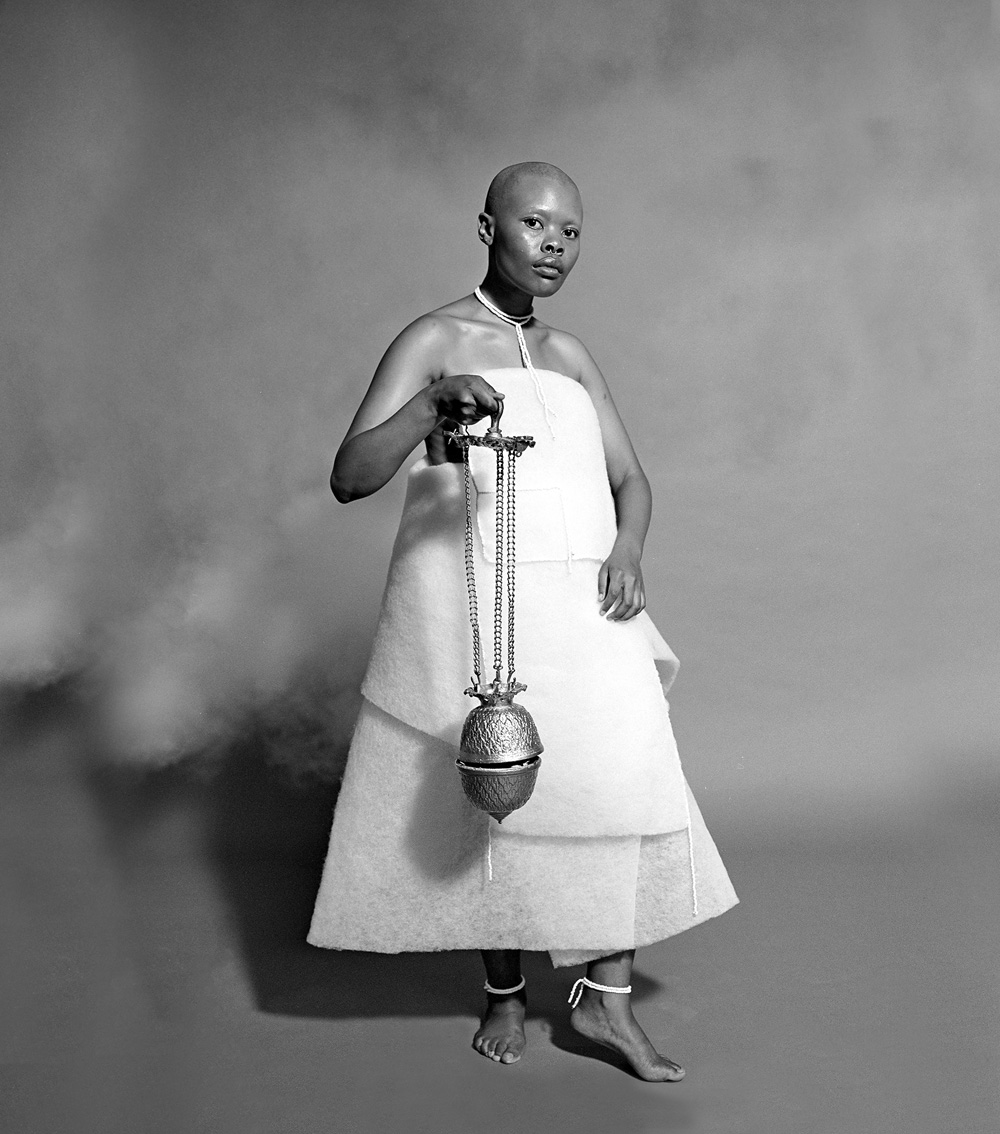 “I am not African because I was born in Africa, but because Africa was born in me.” I’m reminded of these words from revolutionary Ghanaian president, Kwame Nkrumah, when it dawns on me that we could be at the beginning of a rethinking of South African visual arts culture – relating not only to how we conceive of our art as visual creators but also how we as audiences experience it. South African artists, especially those of the current younger generation are making the shift from existing in spaces where we saw ourselves as secondary to the rest of the world, to finally inhabiting spaces where we are unashamed of putting our African perspectives and views out into the world.

There are at least three groups of young artists remixing the Eurocentric status quo in artistic thinking and processes. The photographer collective Through The Lens is a collaborative educational space formed of South African visual artists and educators aimed at furthering the photographic medium as a tool of expression and communication on the African continent. This Joburg-based collective are not alone in their revolutionary thinking; the Cape Town-based curatorial collective Re-Curators is also interested in bucking global conventions through encouraging artistic narratives around Black cultural production in Africa. Further proof that this shifting in representation and presentation of an African sensibility is definitely en vogue, is a group of Johannesburg photographic students currently showcasing works which engage with African tradition, culture and spirituality in an exhibition titled Ihiya: Pieces, Particles, Perpetuity by The Market Photo Workshop. It is showing at the Windybrow Arts Centre and presents works that engage with traditional knowledge systems. All three of these groups of artists concentrate on presenting works which perpetuate an African reality highlighting aspects of our African traditional, spiritual and cultural beliefs, and identities, which might not necessarily align with western norms.

South Africans are well-versed with themes of identity in our artistic expressions; this has been an ever-present theme in our art since the Apartheid era where artists presented work reflecting who we as a people were under those conditions. These young groups of artists use art and photography from this era as foundations to build on more focused incarnations of the representation of South African life. A stronger sense of the self is emerging in the works by this new generation. They appear to be ushering African culture, tradition and spirituality into the mainstream. It seems to piggyback on the coolness of their youth, and intersects with cyberspace, where our belief systems manifest in images and narratives on social media platforms. This broadens the African footprint in ways their predecessors – Andrew Tshabungu, Santu Mofokeng, or Ernest Cole - could never have achieved without digital resources. Put simply, the digital global reach of their Afrocentric works is decolonising and inverting the universal qualifiers of what is deemed to be valid knowledge systems – scientific, objective and rational. 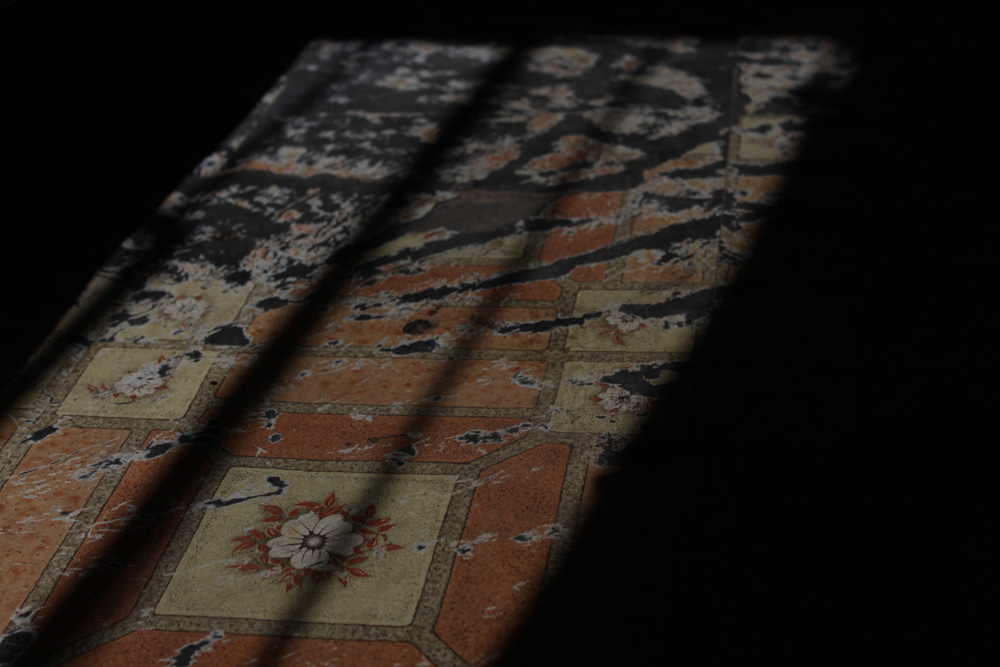 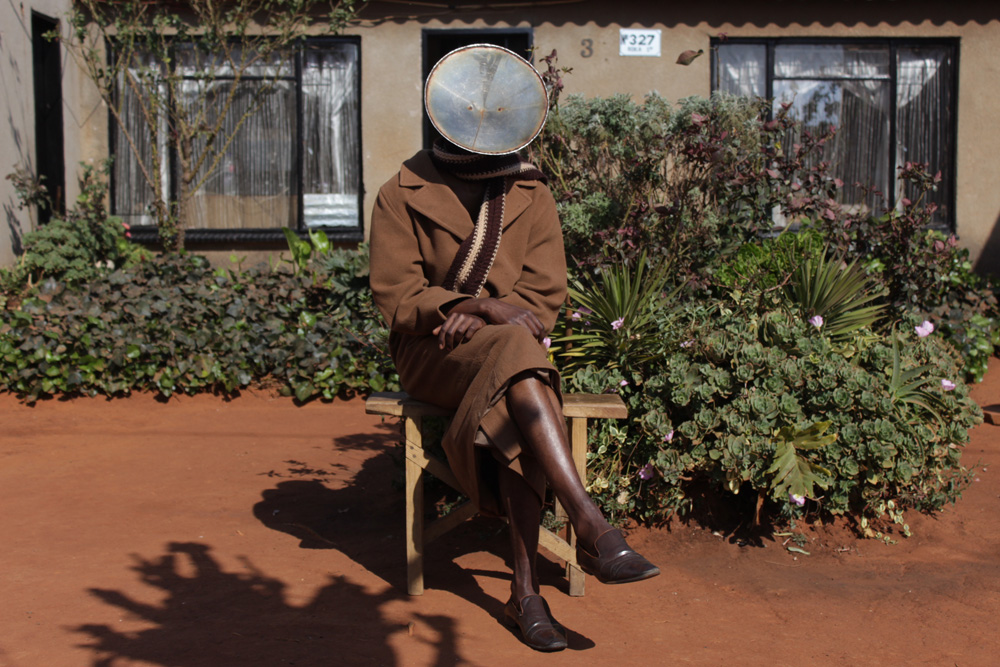 This is evident in works by Simphiwe Majozi, of the Through The Lens Collective, who pays homage to the role ancestors play in our lives. His new body of works is an illustration of the isiZulu custom of Inhlambululo, a ceremony performed after the passing of a relative whereby clothing and heirlooms are passed down to selected family members. This series highlights the belief that ancestors are an ever-present living element in the family and that these belongings act as conduit to the community. Everything about this series from the vernacular titles, to what they depict, all demand that the viewer take note of the artist’s African heritage. Photographs such as Lapho siphilakhona (where we live/gain our wealth), is an image depicting shards of light from a window on a wall, and is meant to represent the metaphysical presence of the ancestors.

This conversation is engaged with further in the Ihiya exhibition by Market Photo Workshop students. The work exhibited depicts the process of engagement which students had with African knowledge systems in spaces such as the Faraday Muthi Market and Kwa Mai Mai communities. Examples of how this tangible form of African tradition and spirituality are represented can be seen in images such as Fezeka Mophethe’s Dust which portrays the human form of the spiritual traditions referred to by Majozi. In Mophethe’s photograph of dusty hands holding an unseen ball in darkness we are introduced to a world where human spiritual avatars commune with formless ancestry. 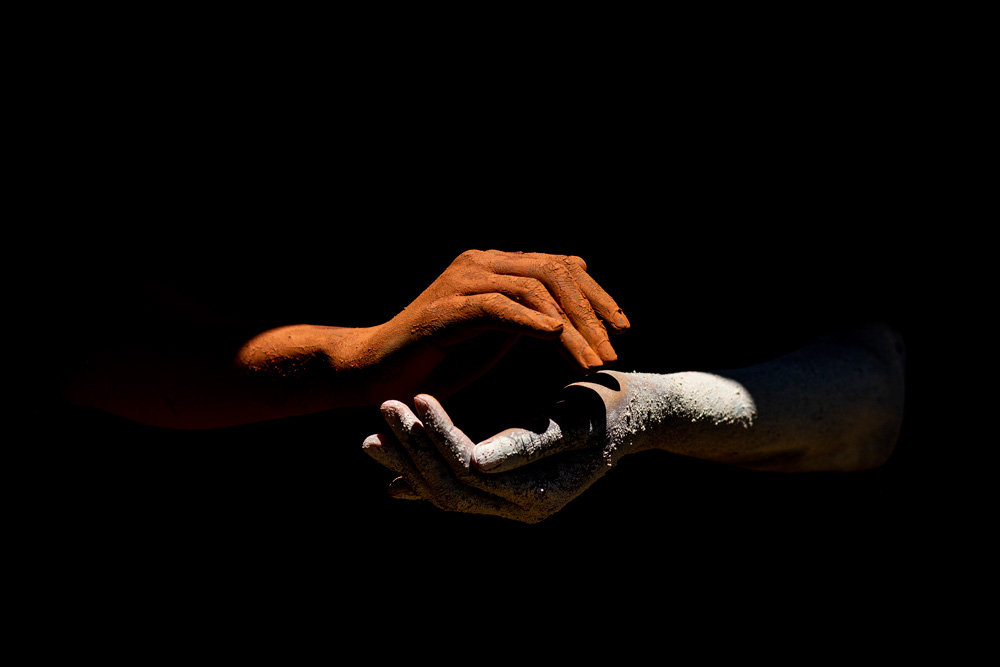 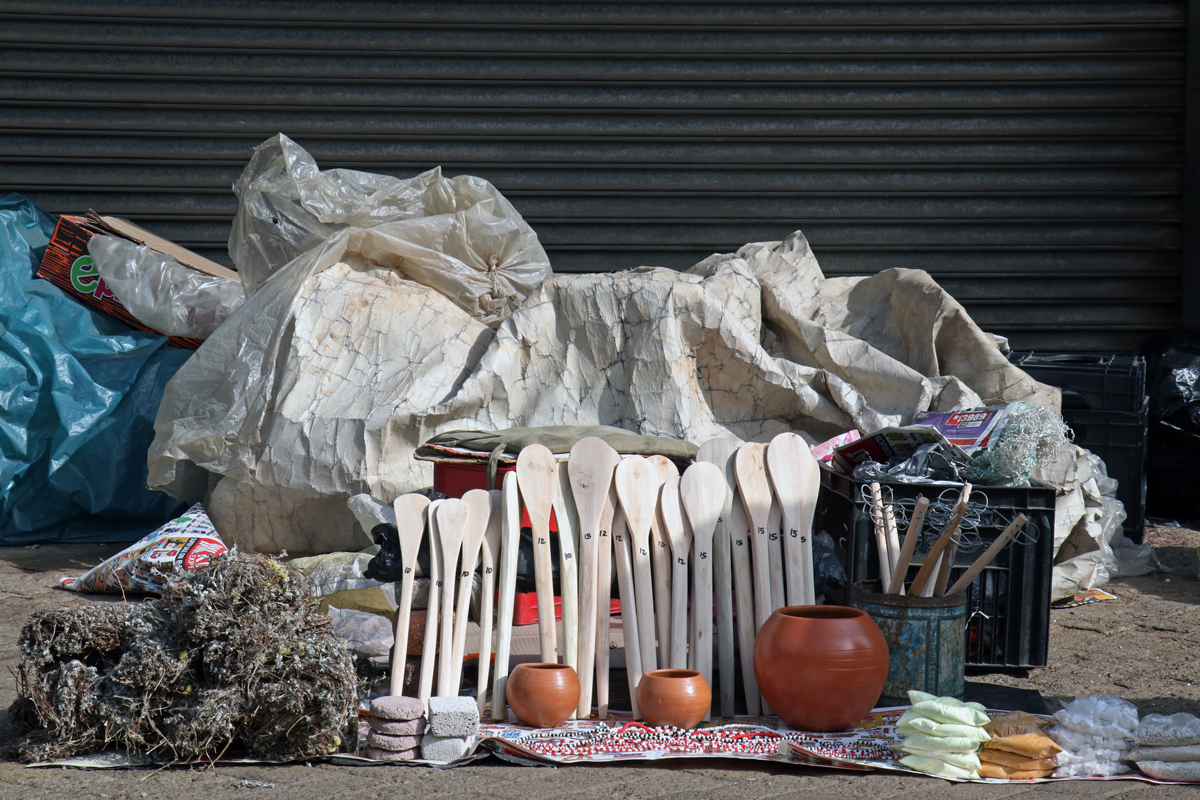 These are visual narratives which Re-Curators look to expand upon and safeguard in the projects they create and artists they collaborate with. As member Luvuyo Equiano Nyawose explains, “Our collective interest as Re-Curators is to protect and preserve Black cultural production and thought.” We can see this sentiment taking shape in the collective’s most recent curatorial undertaking Past Present Currents at the AVA Gallery in Cape Town. This exhibition concerns itself with expressions of freedom and the opacity of Blackness and sexualities with five artists grappling with Black personhood through photo assemblages and photography, with each of these artists interrogating aspects of themselves as Africans. Vanessa Tembane’s Corpos de agua (Bodies of water), a water colour and digital print image, exemplifies the dualities of mixed heritage as she depicts elements of her South African and Mozambican lineage by merging family photographs together while simultaneously creating new realities from those memories.

Through the creative efforts of artists such as these it would appear that those words from President Nkrumah’s are taking root in ways the revolutionary leader could never have foreseen.  – African Art Features Agency funded by the National Arts Council of South Africa. 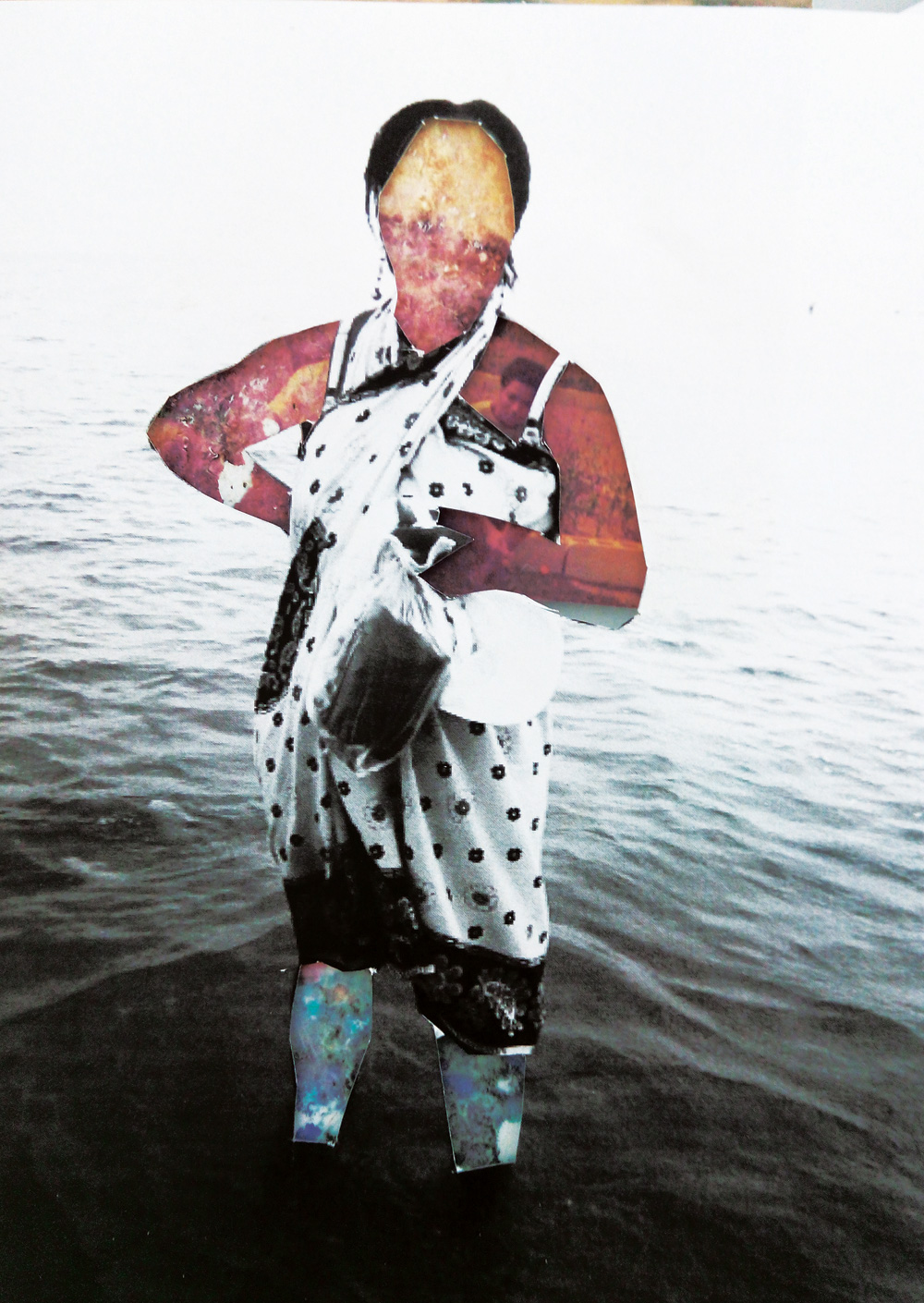