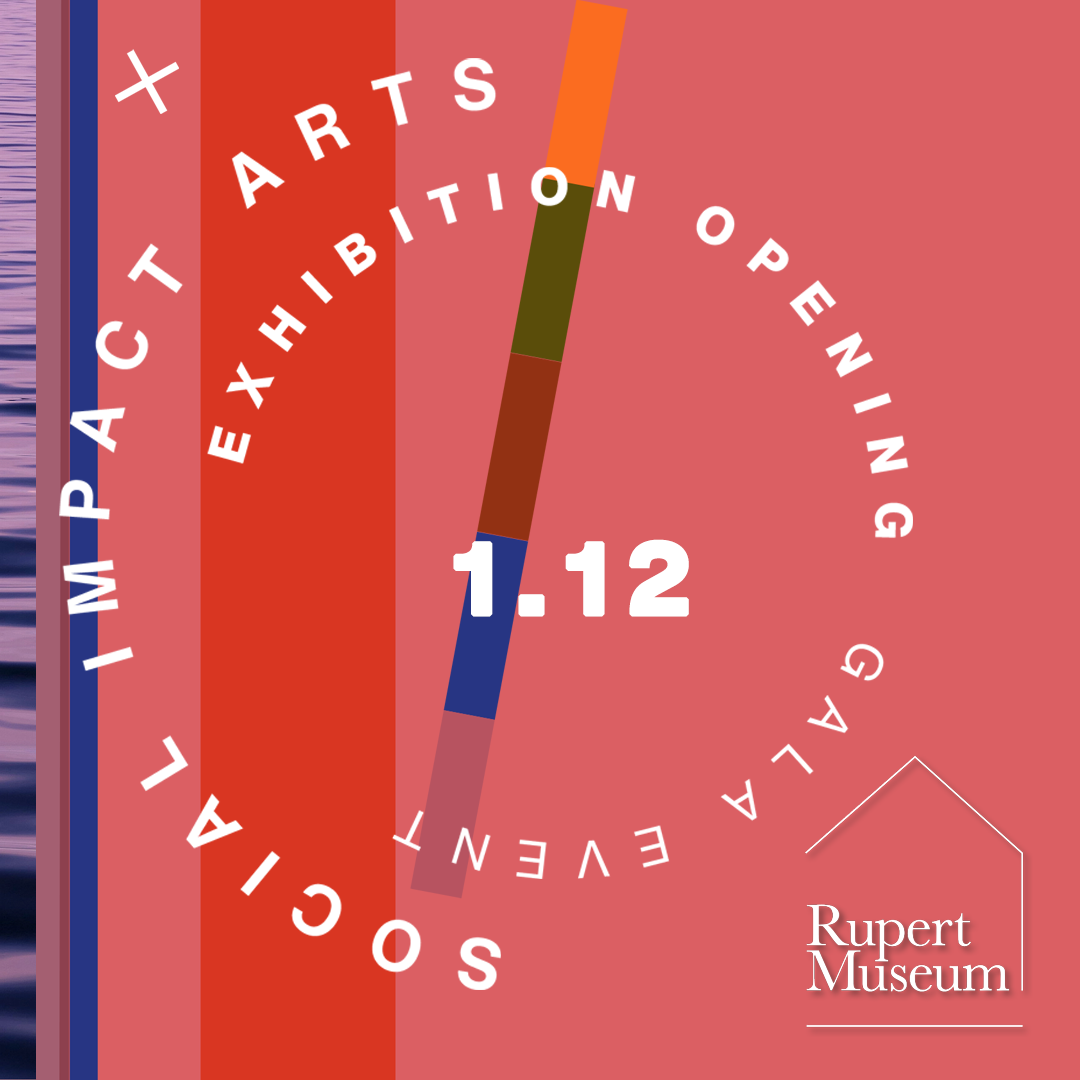 The Social Impact Arts Prize awards artists who situate their practices in socially concerned conditions ranging from the environment and climate change to human relations and social pressures of an unequal society. It places a focus on reflective processes, the knowledge that such artistic methods and methodologies can generate, and the lessons society can learn from the outcomes of these projects. The projects all focus on making an impact on collective thought, informing and engaging decision-making while creating inspiring aesthetic experiences. Ten projects have been granted the award this year:

The Mapula Embroidery Project will be presenting eleven panels embroidered by forty-one artists from the Winterveld. These bold and sensitively produced works reflect on the current environmental experience of the Mapula women and their families in the Winterveld, while also imagining a future in which their community lives more consciously and prospers. The Winterveld is an economically vulnerable settlement north of Tshwane, home to 170 Mapula embroidery artists, some of whom have been conceptualising, designing and collectively fabricating hand-embroidered artworks and usable items for over 31 years. Their work hangs in museums and private collections worldwide.

Listening Garden is part of an on-going project by Io Makandal situated at the daylight point of the Jukskei River in Lorentzville. The artist uses the terms ‘third landscape’ and ‘opportunistic plantscape’ to describe the hybrid ecologies that make up sites such as these, where plant-life, soil and micro-matter is shaped by the residue of human and industrial practices. Makandal is developing a space for reflection and contemplation along the Jukskei River with the aim of fostering meaningful relationships between this natural resource and the community around it. 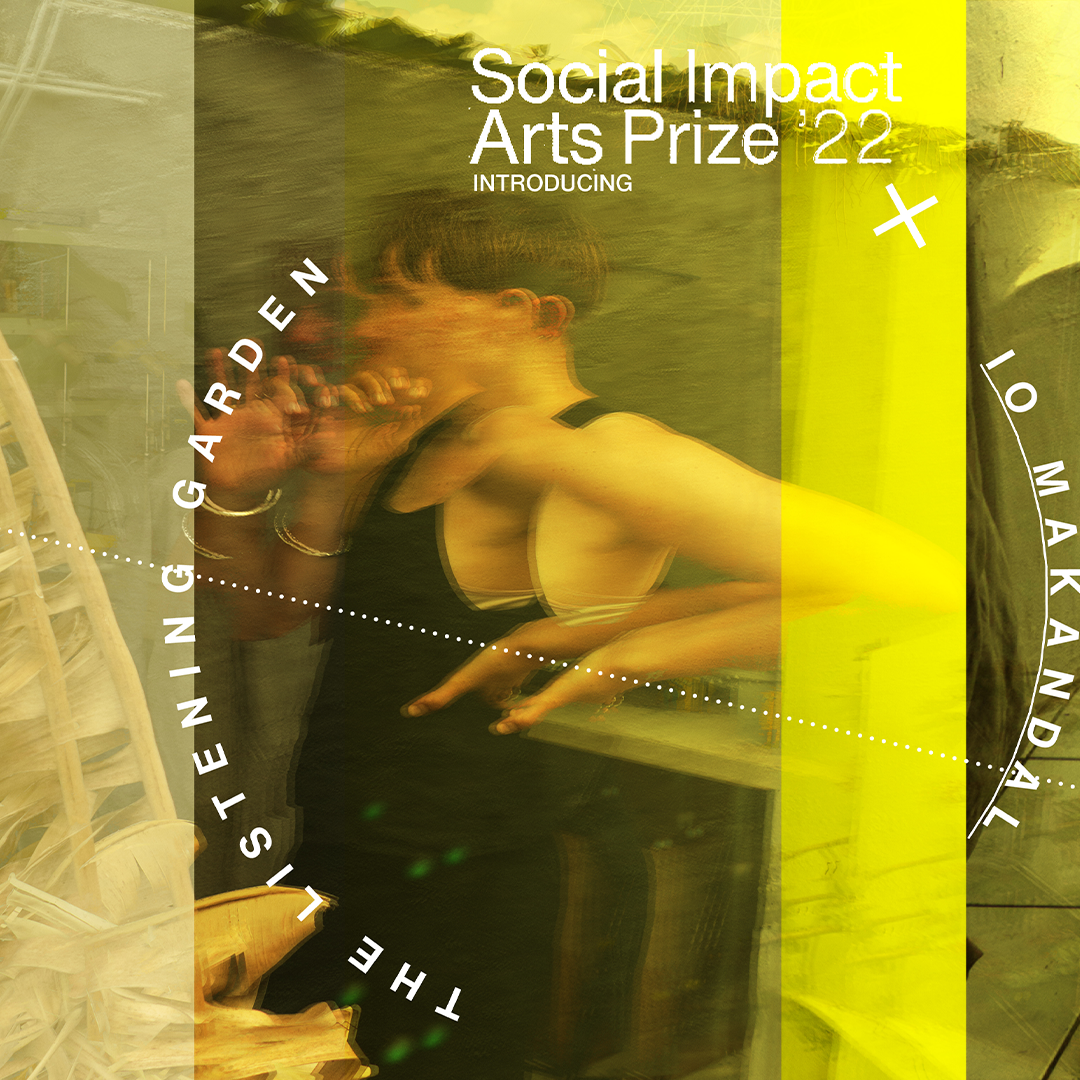 A Still Life is a collaborative initiative led by Taryn Millar, Sarah Cairns and Aarti Shah who use artistic processes to reconsider relationships between nature, people and place. For the Social Impact Art Prize, A Still Life will be working with artist Hannelie Coetzee to realise the second iteration of a project that considers the inner life of dead and dying trees. The project isolates three trees in Johannesburg infected with polyphagous shot hole borer (PSHB) beetle, which is said to threaten around 30% of the ‘man-made forest’. The trees will be used as a lens through which to interpret the ecosystem of human, plant and city life that makes up this complex and interconnected urban environment.

Doba-Dash is a 3D combat racing game developed by SpaceSalad Studios that draws attention to the daring environmental work of informal waste collectors or ‘Street Surfers’. With its roots in the Zulu word for ‘collect’ or ‘pick up’, Doba-Dash gamifies the experience of informal recycling as it plays out on South Africa’s streets.

Mpumelelo Buthelezi is a photographer from Johannesburg whose project, E’Plazini, asks questions about the nature of ‘work’ in relation to informal waste collection. “What counts as work? What is ‘important’ work, and who is dignified through that work?” Colloquially referred to as ‘waste pickers’, recyclers in South Africa collect, sort and sell materials such as card, plastic, glass and metal, diverting recyclable and reusable waste from landfills. 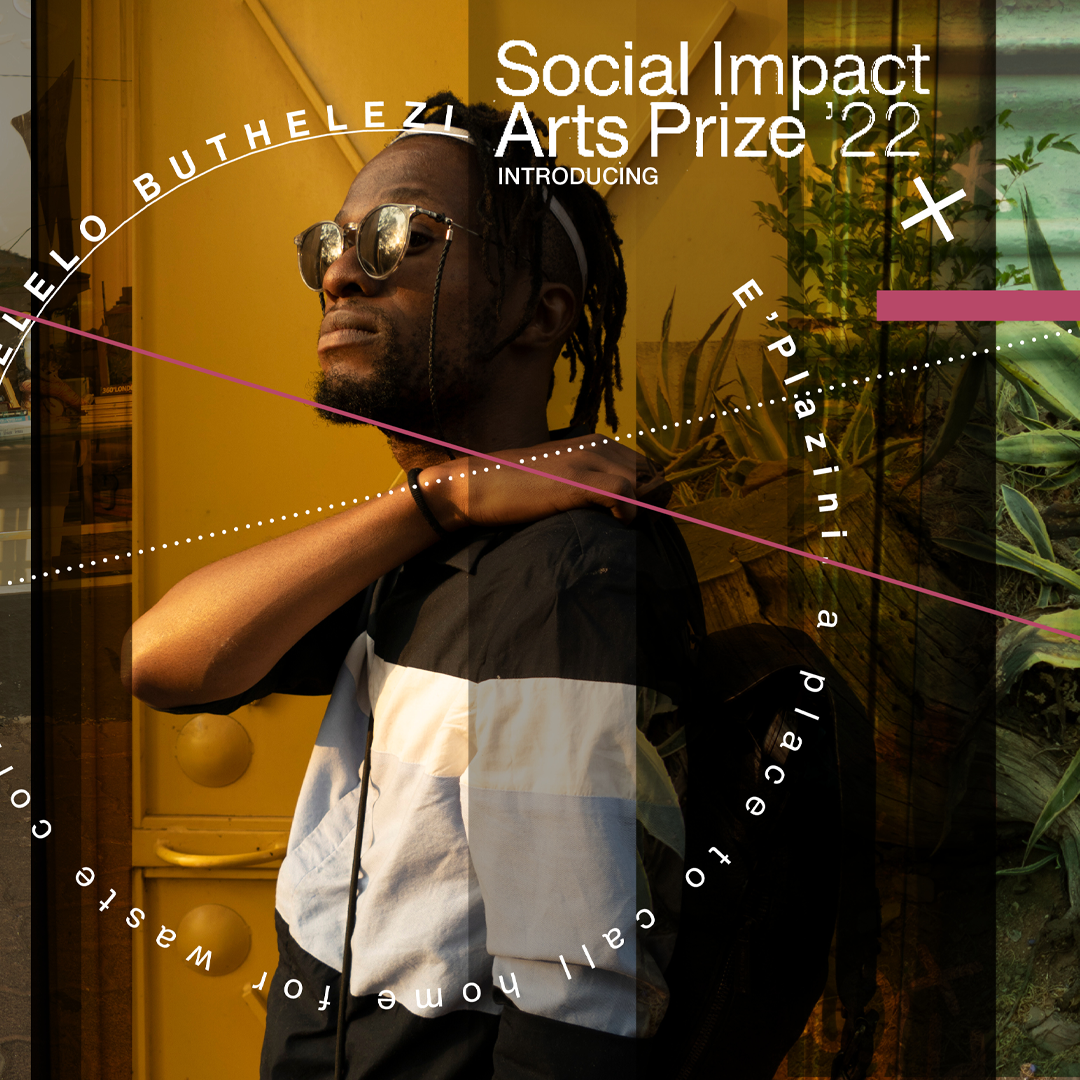 two tempests (for the river that swallowed its mouth) is a project by Bettina Malcomess that draws from the history of the Gariep Dam region in order to address the problem of scale in relation to climate change. Each part of the project (a film and radio play) will take ‘The Tempest’ as a departure point, reconfiguring Shakespeare’s tale of weather, power and human interference with the intention of bringing environmental issues into sharper focus. 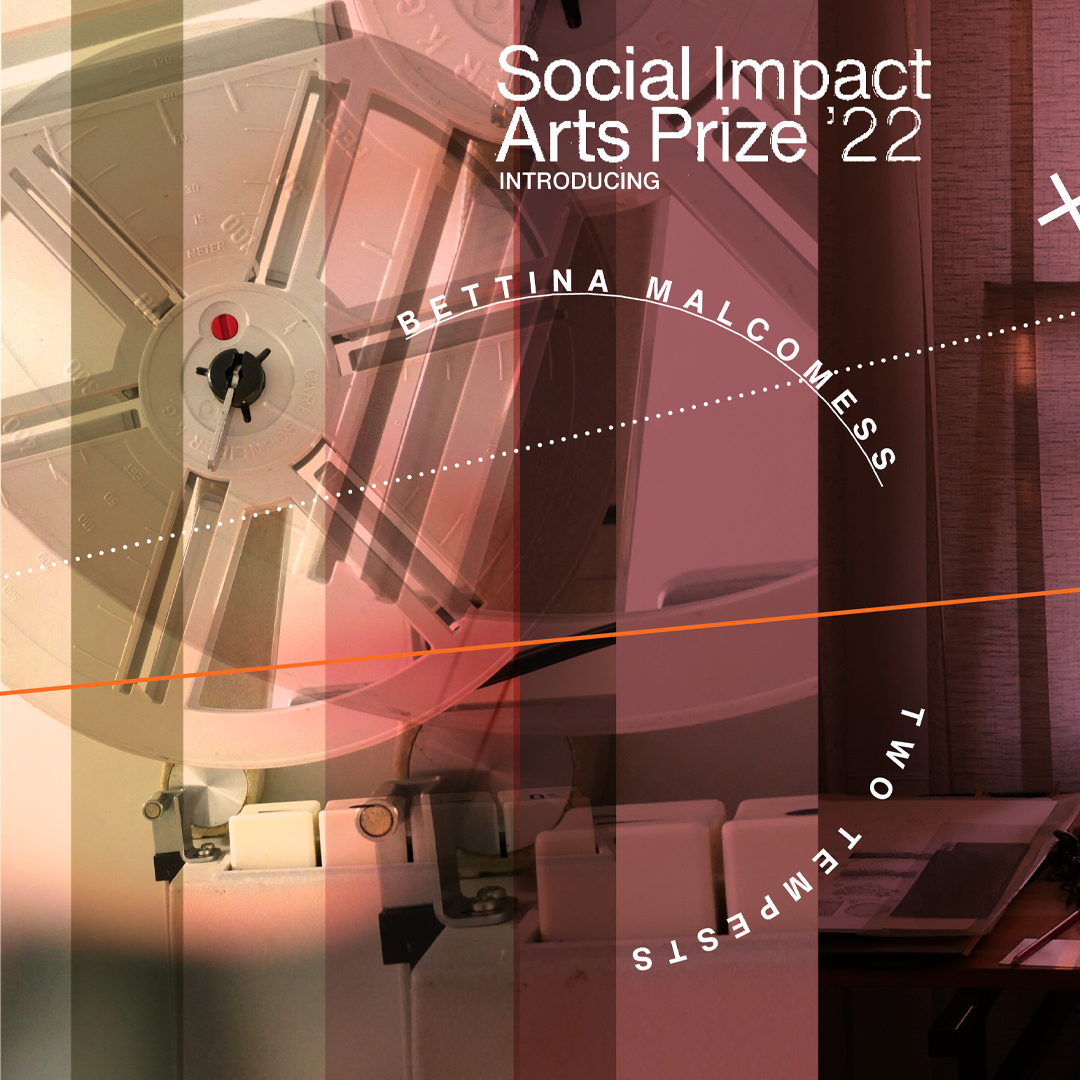 The Orange River Project encompasses a journey undertaken by Nina Barnett, Sinethemba Twalo, Amy Watson and Dee Marco that follows South Africa’s longest river. Using layered, divergent and overlapping research methodologies, the practitioners will respond to the river at various points along its course over a ten day period, with the intention of drawing attention to the vulnerability of this resource and the narratives it carries. 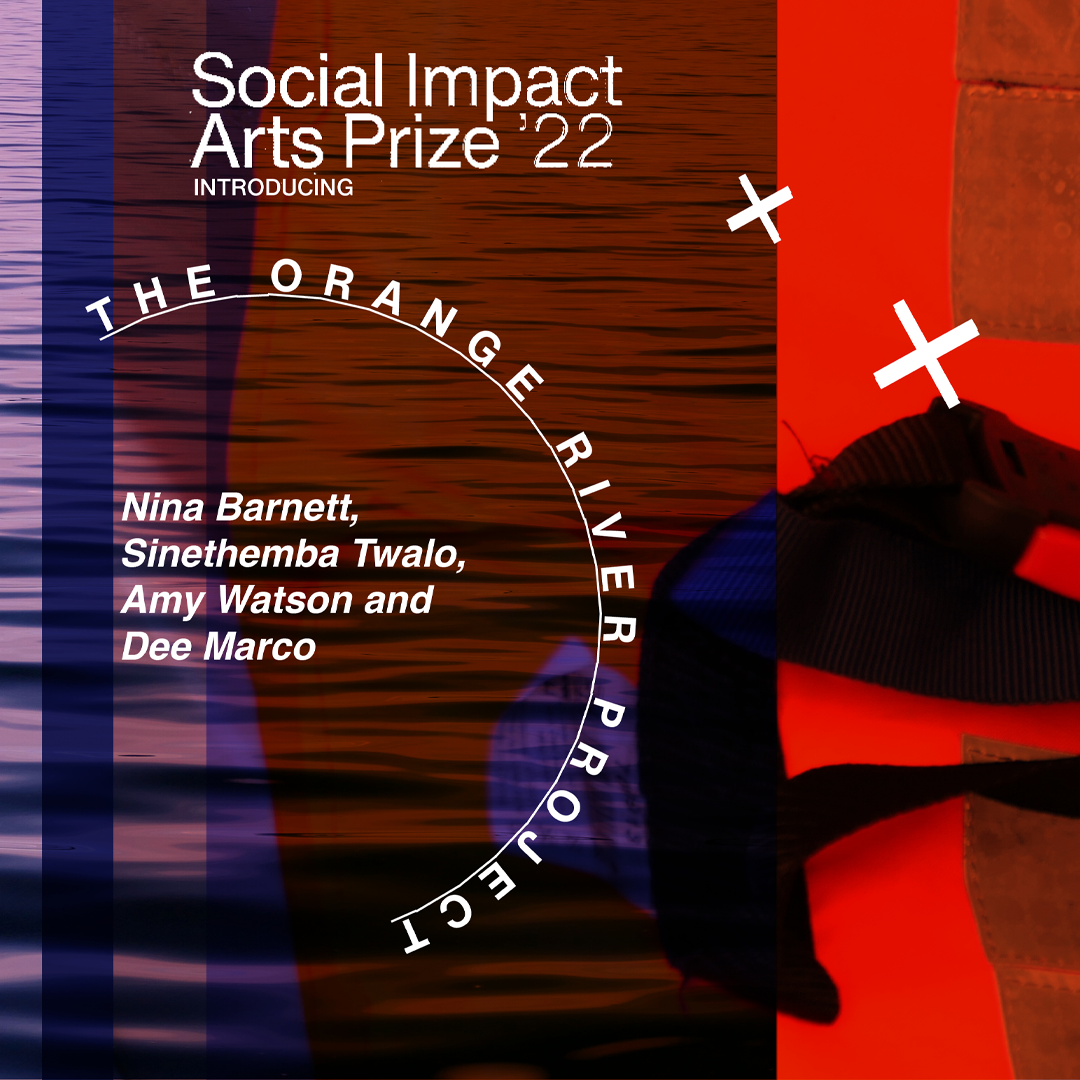 Kammakamma is a project by Abri de Swardt that uses fabulation and collage to address the confluence of unstable narratives arising from, erased by and co-existing with the Eerste River mouth. Drawing from the indigenous Khoe language term for river, ‘kamma’ has been absorbed into Afrikaans to mean ‘make believe’. Kammakamma considers the river both as a living entity and a space of fictional entanglement, a point where bodies of water converge with human and ecological communities, histories and practices. If the river’s mouth could speak, what would it say? 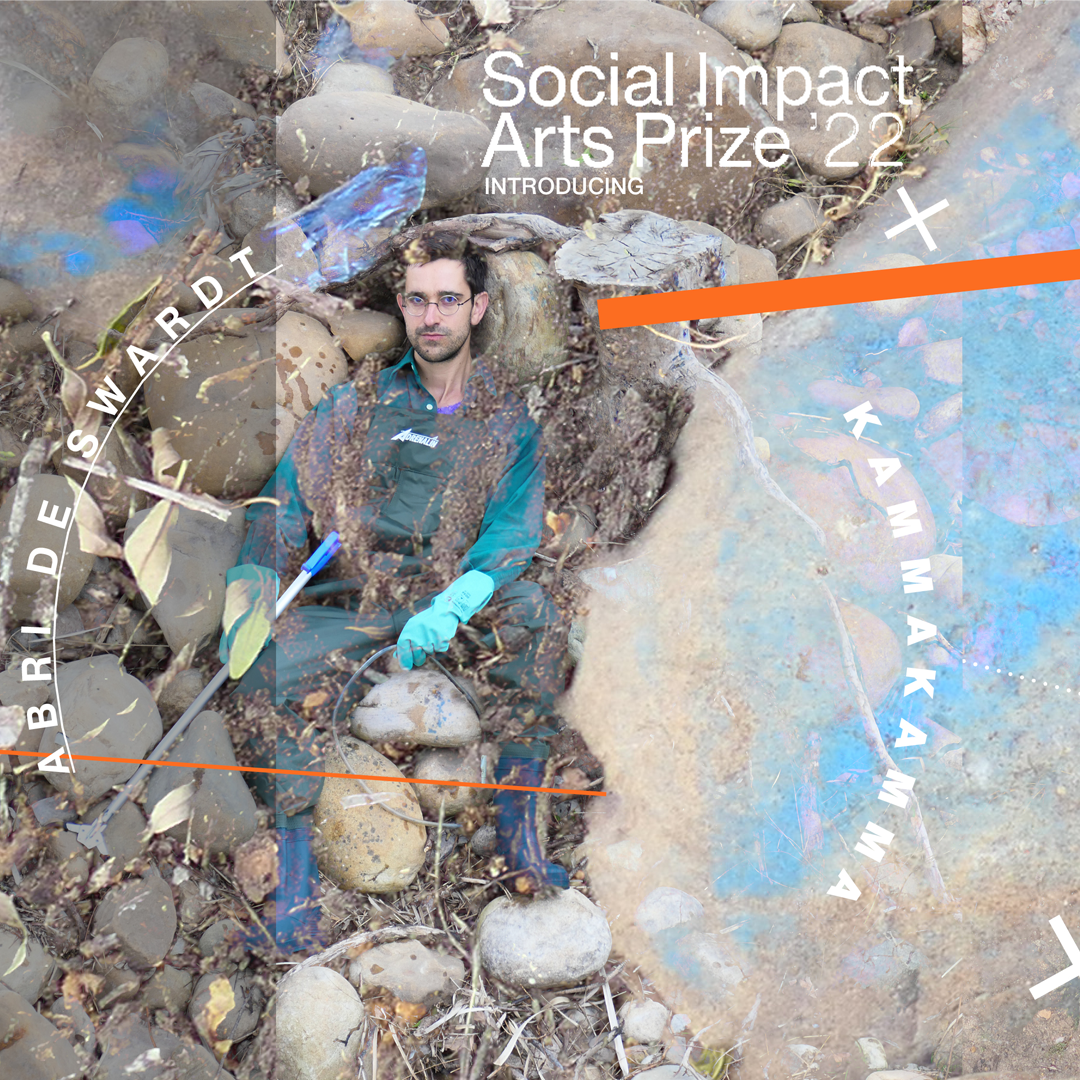 Pollinator Pathways introduces a planted prototype to the Rupert Museum site as a means of directing attention towards the delicate balance that exists between pollinators (bees, birds and butterflies), indigenous plant-life and food security.

This year the first Graaff-Reinet Artist residency award has been granted to Terroir, Georgia Munnik, Larissa Johnson and Chanelle Adams, who will be immersing their varied practices in the Museum’s archives.