This article, by Stella Hertantyo, was commissioned by and published on Twyg magazine.    Read the original article here. 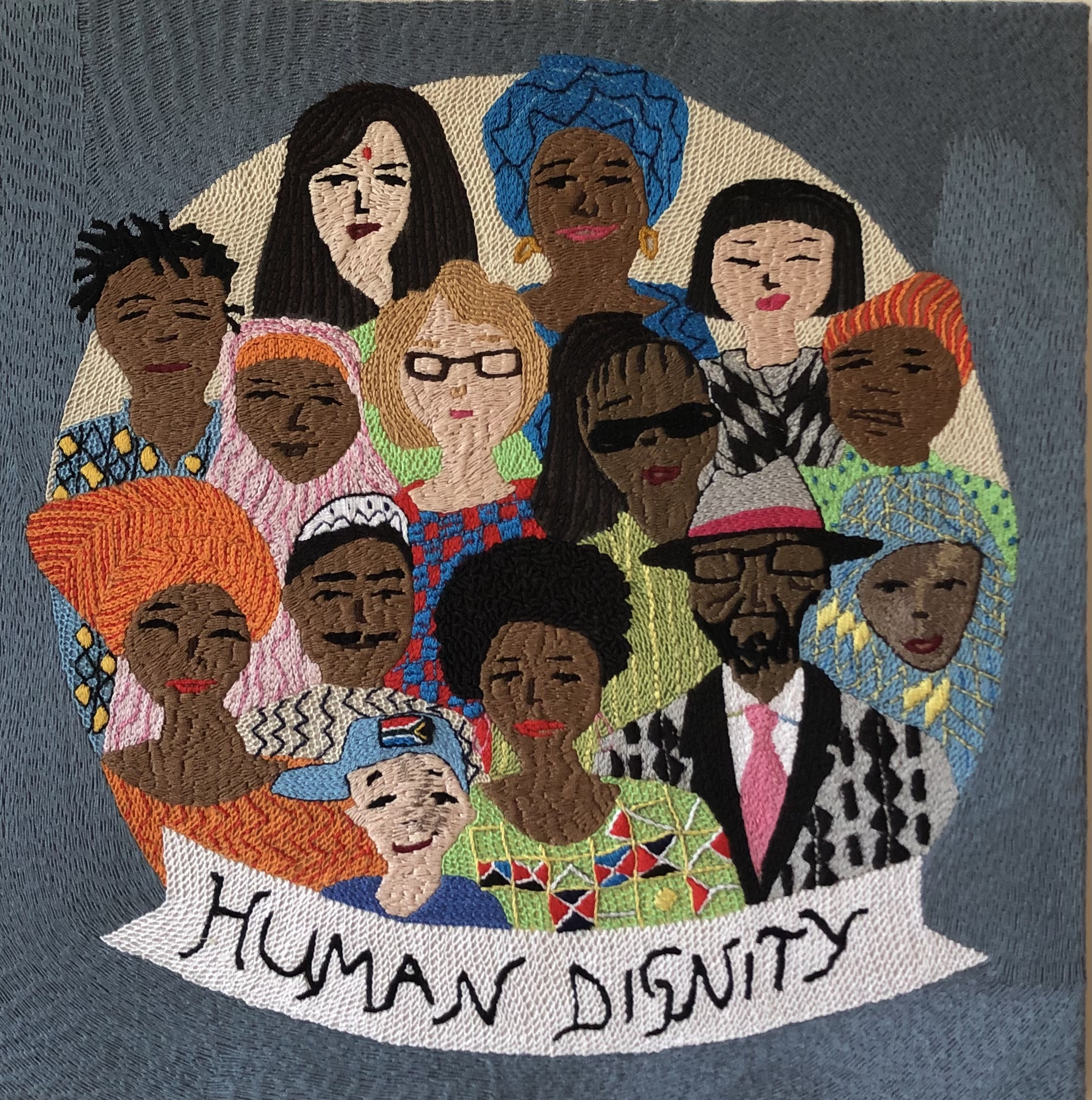 So many stories are missing from our public consciousness and historical canons – stories belonging to silenced voices, marginalised communities, and subaltern cultural narratives. Art often acts as a medium for these stories to be expressed and communicated.

The Keiskamma Art Project is part of the greater Keiskamma Trust, a South African not-for-profit organisation dedicated to the holistic care of the communities that live in the area alongside the Keiskamma River in the Eastern Cape.

The Project was founded by a fine artist and medical doctor, Dr Carol Hofmeyr, in 2000. She had a restorative vision to use art as a medium for healing, archiving, and community care while also creating sustainable livelihoods through dignified work in a historically ignored community.

Over the years, the Keiskamma Art Project has facilitated the creation of a vast number of treasured artworks. The artworks, and the process of creating them, act as a way of archiving the Eastern Cape rural collective memory and preserving oral history.

“I have always been amazed and astonished at how much work they have generated over twenty years. Through thick and thin they have produced some of the world’s most important artworks – in scale and meaning,” says Pippa Hetherington, a South African photographer and visual artist who has known the artists and the Project since its inception.

The Keiskamma Art Project aims to use art as a tool for healing and an inquiry into shared humanity and pain. In sharing and creating together, while uncovering and reinterpreting their own stories, the people of Hamburg are able to rewrite their cultural and historical narratives – for and by themselves. “Since the artworks are made in community, there is lots of sharing of experiences, both positive and painful. Working as a collective can provide a platform of visibility and support,” says Pippa. 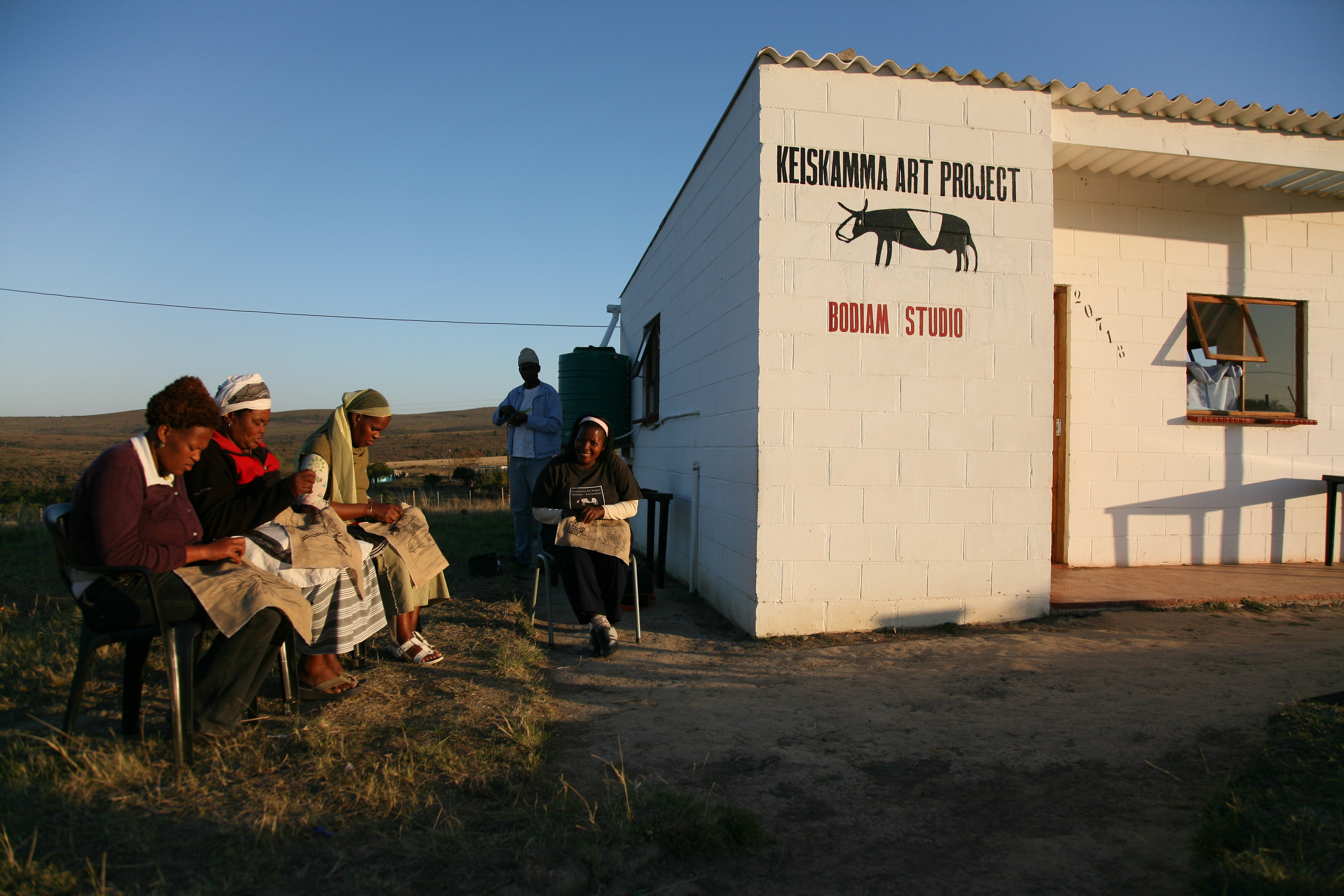 Many of the artworks consist of embroidered motifs with powerful messages. Initially, the women were taught how to embroider by two master embroiderers from Oxford, United Kingdom who helped establish the project. Now, the women have made this skill their own. “The skill has developed and grown and has become a metaphor of reparation, bringing together threads of stories and experiences, and has been used to subvert history to an extent,” says Pippa.

Just over 20 years later, the Keiskamma Art Project’s major artworks are found in several national and international collections, including the parliamentary buildings in Cape Town as well as the permanent collections at the University of South Africa, the University of Witwatersrand, and the Nelson Mandela Metropolitan Museum.

To mark the monumental two decades of the Keiskamma Art Project’s genesis, a landmark retrospective exhibition is in production. Set to take place in 2022, the exhibition will house many of the artworks created over the years. 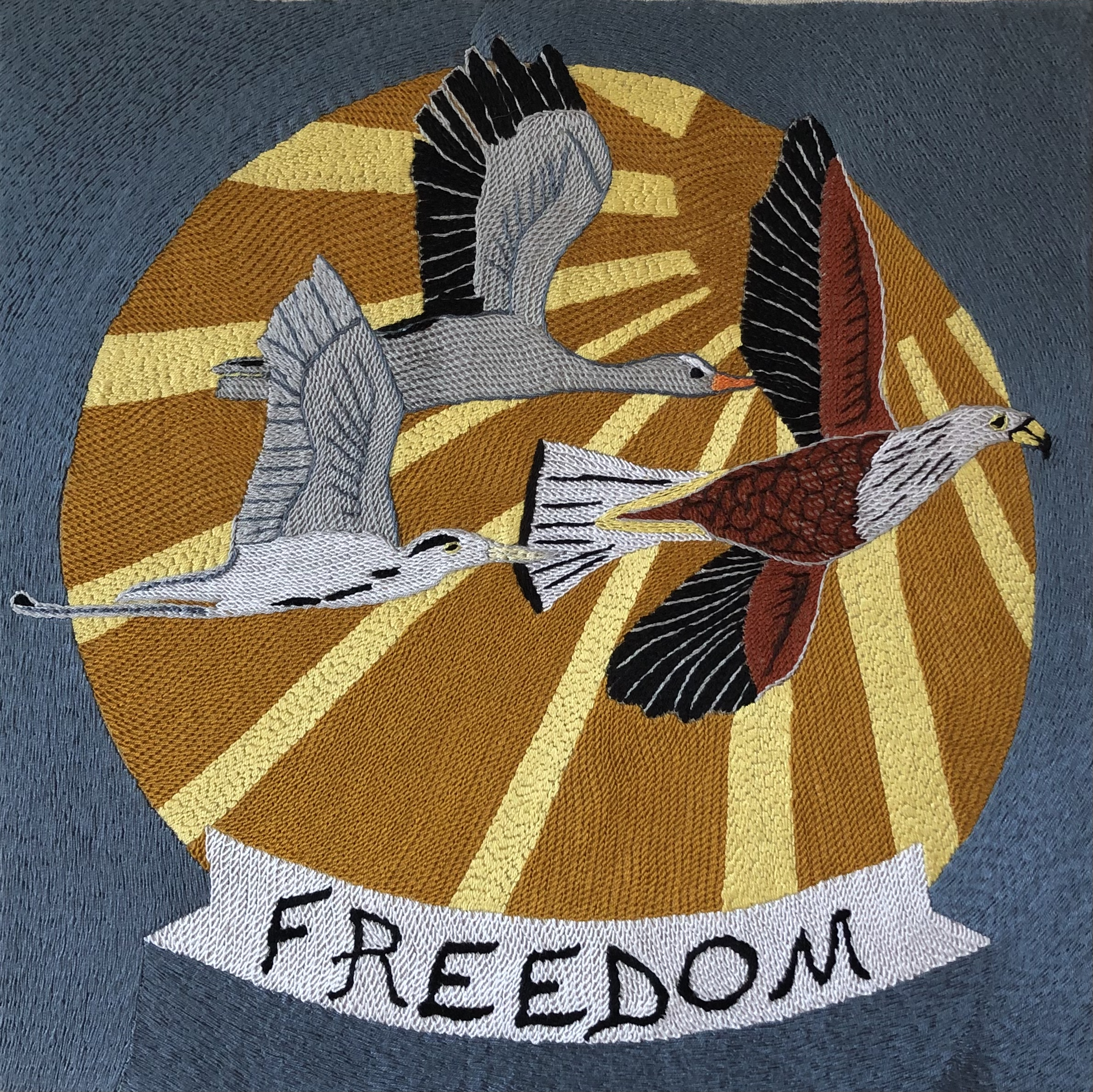 The idea for the exhibition was sparked as Pippa walked through various renowned art museums in New York City, and began to visualise a physical space that could house all of the artworks created for the Keiskamma Art Project.

“I wanted people to be able to engage with the materiality of the work, the scale, and impact.  And to recognise the magnitude of the pieces together, to allow people to get an immersive experience of the history of the artworks and the stories behind them,” says Pippa. And so, the idea for the retrospective developed into a space that allows reflection on the duality of death and resurrection, darkness and lightness, experienced by the people of Hamburg over the last two decades.

It will – very aptly – be housed at Constitution Hill, which is a location that upholds our constitution and is a living museum that tells the story of democracy and human rights. “Constitution Hill is an inclusive and humanitarian environment that provides the space for people to come and have conversations in response to the artworks,” says Pippa. 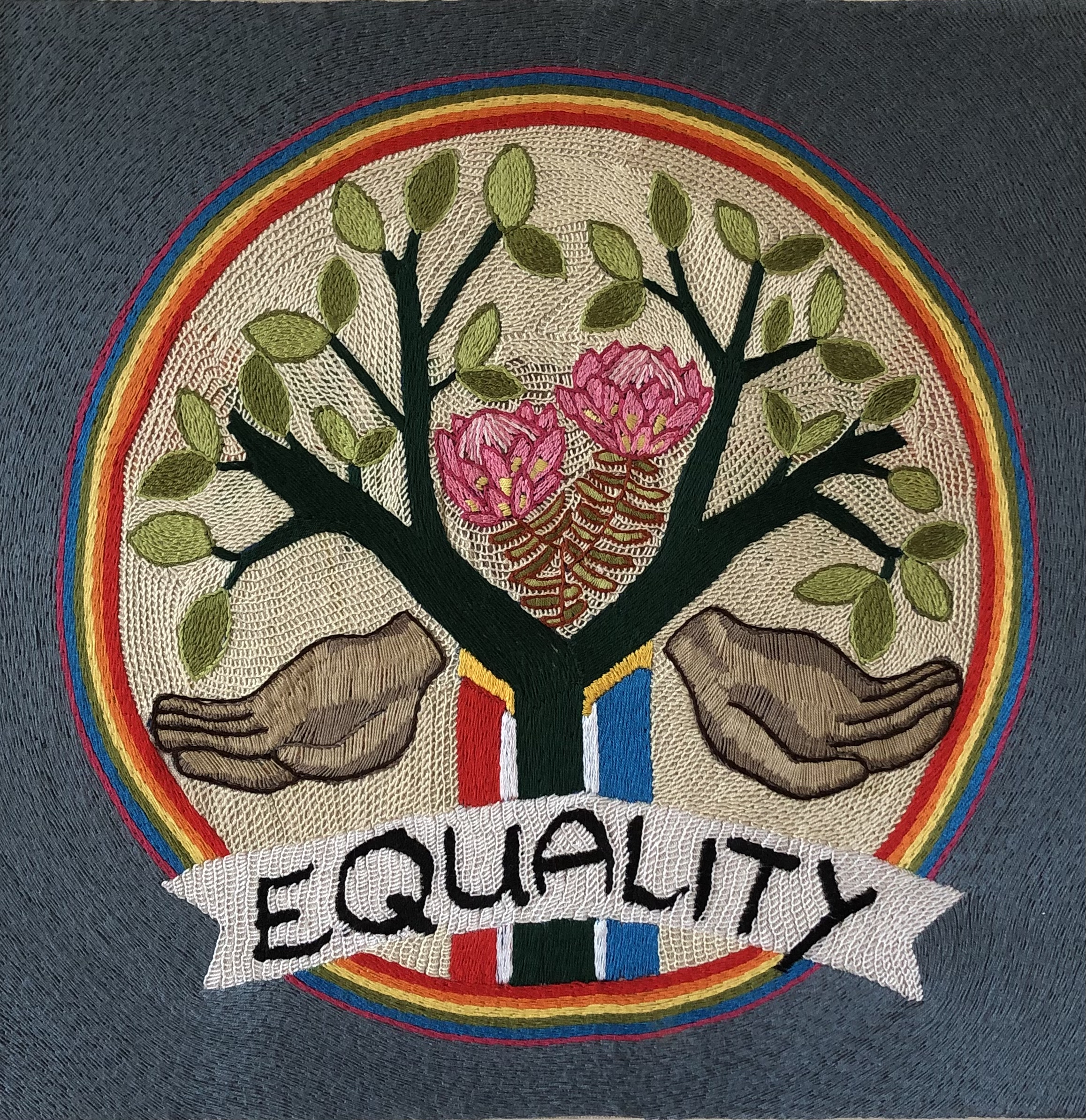 The retrospective creates tangible archives from intangible oral histories of adversity, humanity, and hope. “It gives marginalised voices a platform and a way of being seen and heard.  It creates visibility and connectivity around history and experience,” says Pippa.

As a nation, we must still commit ourselves to the amplification, documentation, and archiving of oral histories that tell the stories of those otherwise not heard. Not just this, but we must commit ourselves to capacitating those with the lived experiences to tell their stories by, and for, themselves. This is exactly the narrative that the Keiskamma Art Project Retrospective Exhibition is dedicated to bringing to life. 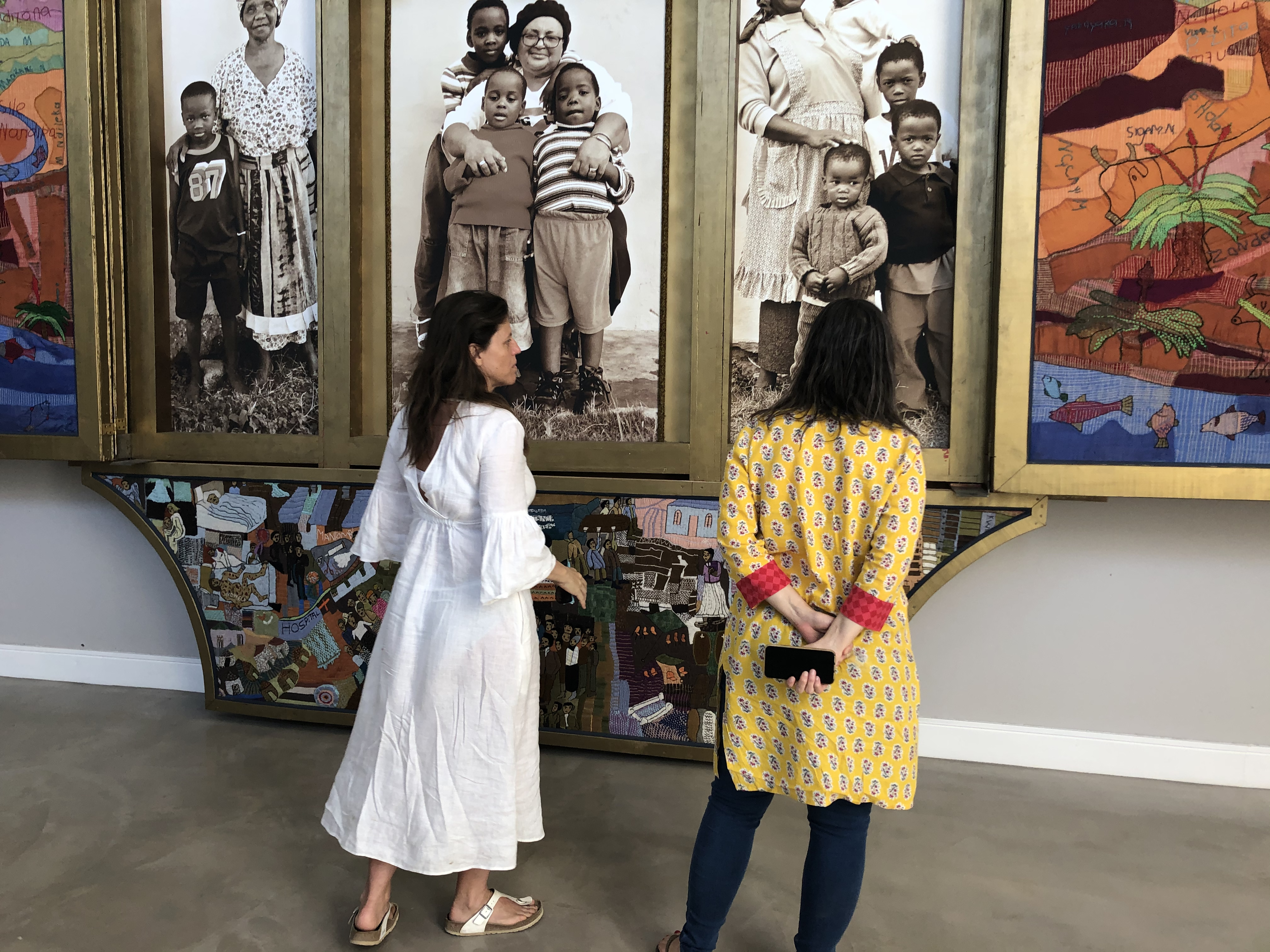