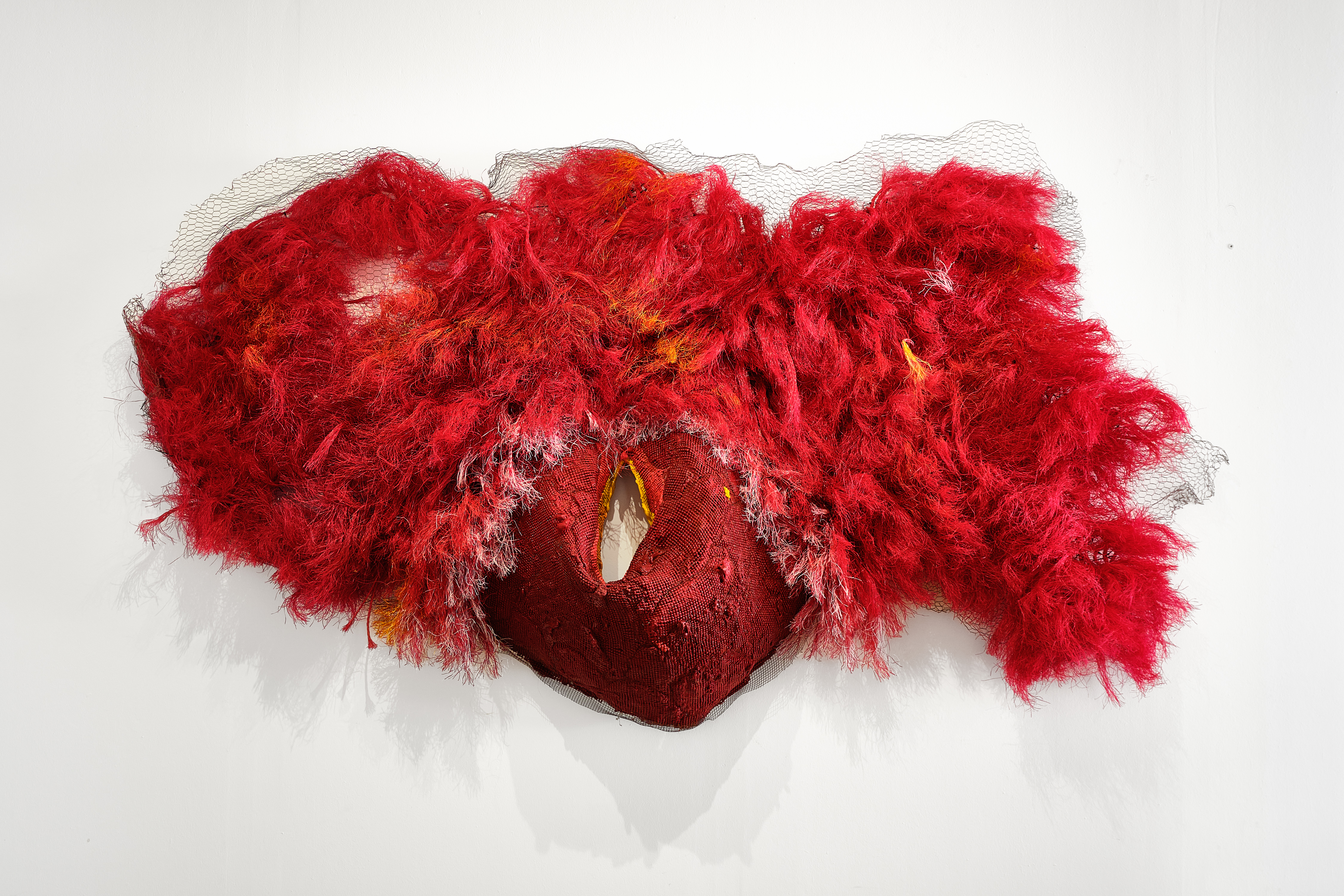 Cape Town Art Residency private view of works by two Zimbabwean artists, Julio Rizhi and Takunda Billiati, is worth the privilege. Installed in a newish  artists residency in Woodstock, Cape Town. Made of recycled waste, the relief sculptural works speak to the governing theme in our nihilistic time - the Anthropocene - a time in which Man, in vainly making the earth in His image, has destroyed it. These Zimbabwean artists' response it to re- purpose the waste into carbuncular detrivores, creatures of the desert with an uncanny capacity for survival. One cannot ignore the anthropocentric nature of the sculpture - they are imitative and strangely organic, despite their polymer origin. This is why I've described them as plastiglomerate - creatures made up of aggregated waste, inorganic-yet-organic, which speak to the unerring survival of other subterranean species, despite Man's nihilistic bent.

Arte Povera is the decisive aesthetic influence, but it is its African transubstantiation that makes it miraculous, because African artists don't merely retool waste, they transmogrify its  inessential and wasteful character, edify a shocking moral wrong. El Anatsui is the grandmaster in this regard, but his influence across the African continent has proved profound.

In the case of Julio Rizhi and. Takunda Billiati what immediately announces itself is volume - the works operate as outgrowths from a supporting white plane. They are either vividly loud or enshrouded in mesh, and, as such, express the exposed and hidden nature, and beauty, of waste.

The question, today, is no longer if we are the prosthetic extensions of things, or vice versa, but what is the fallout of our destructive practices. If Man is bonded to nihilism, can he redeem himself. I doubt it. And if I have deliberately chosen to speak of Mankind instead of Humankind, it is because it is men, specifically, who have engineered our destruction.

However, in the case of the artists and artworks which are my primary focus, it is not nihilism as a rude awakening that announces itself, but the elegant beauty of organic forms. The desert detrivore is my metaphor for this survivalist energy, this mystique of endurance. The works are irresistibly attractive - strange attractors. 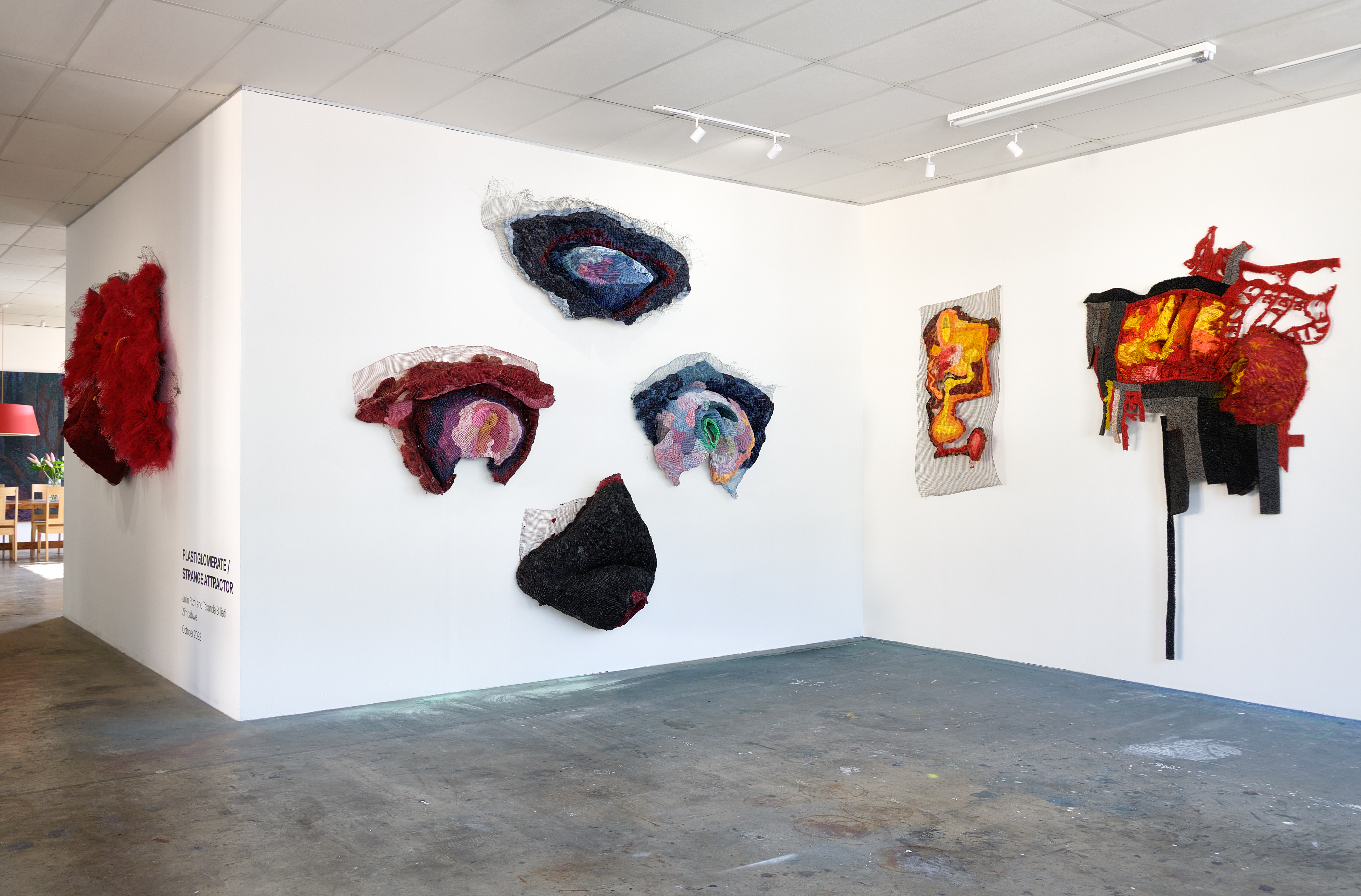 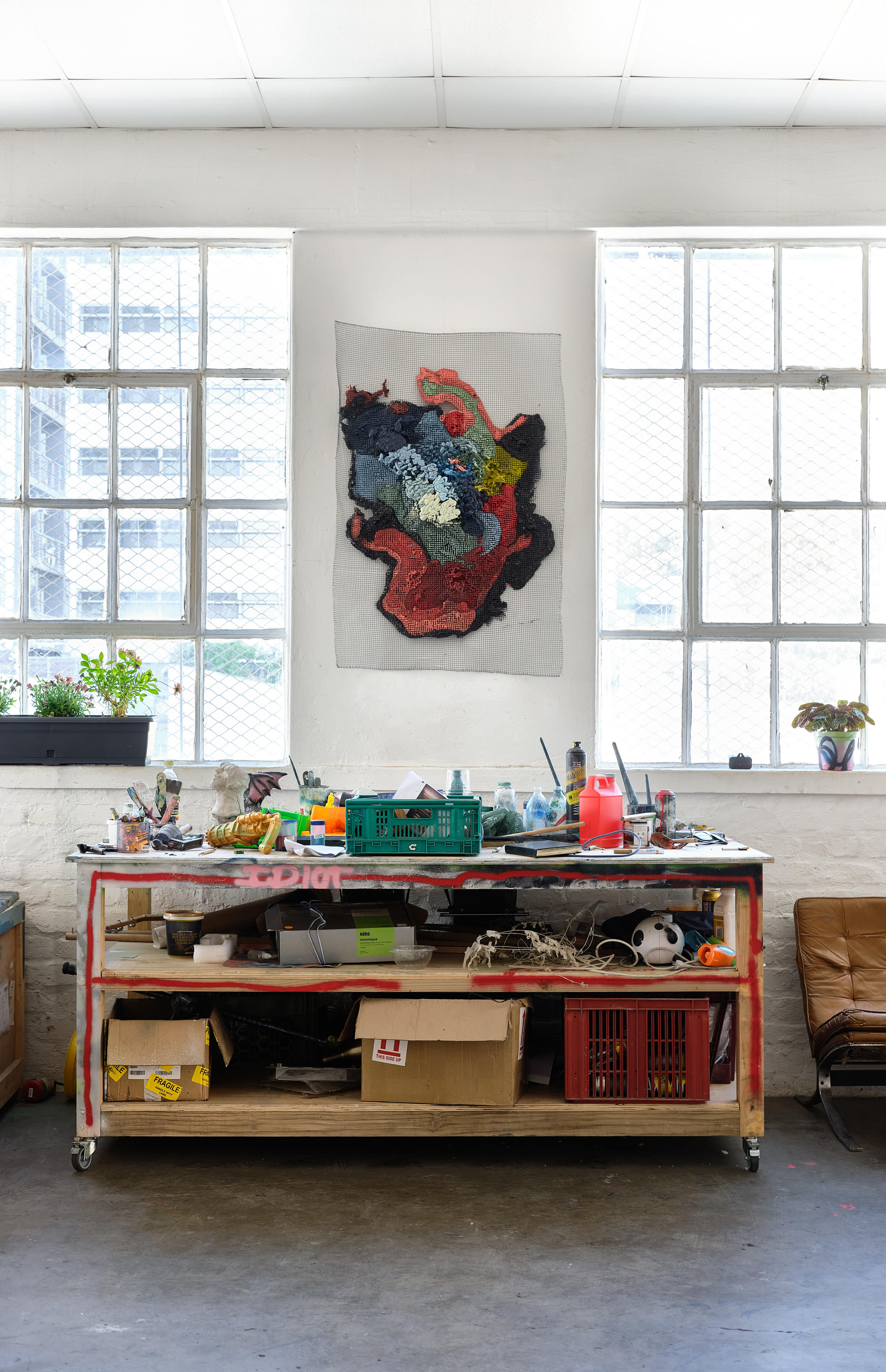 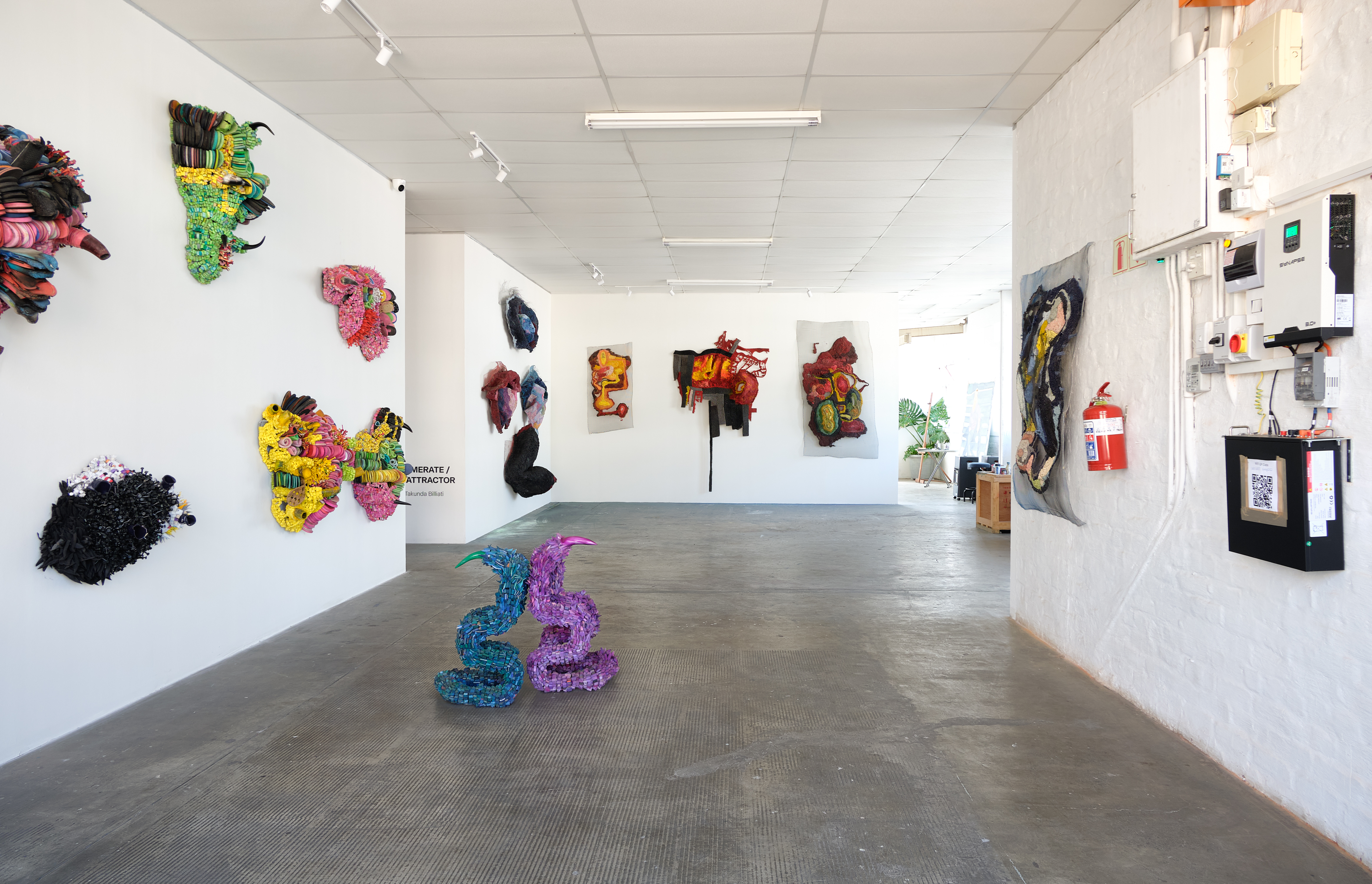 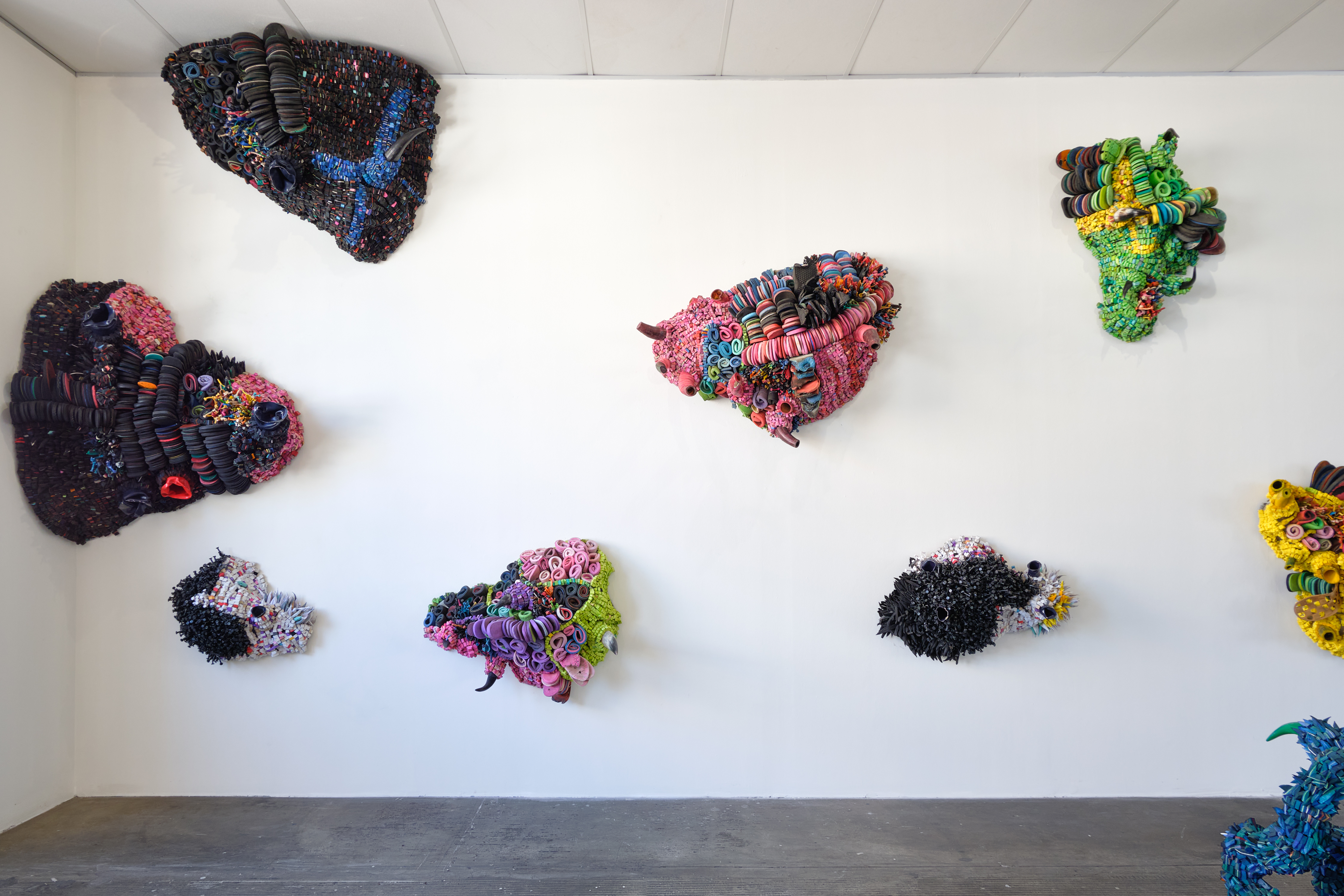 The Cape Town Art Residency is a mixed-use residency and exhibition space, focused primarily on supporting emerging contemporary artists both on the continent and bringing international artists to Cape Town, South Africa to work and engage with the local creative community, opening up a global dialogue.

Visit by appointment only.