“Everything I know I learned in the city; the streets taught me.” 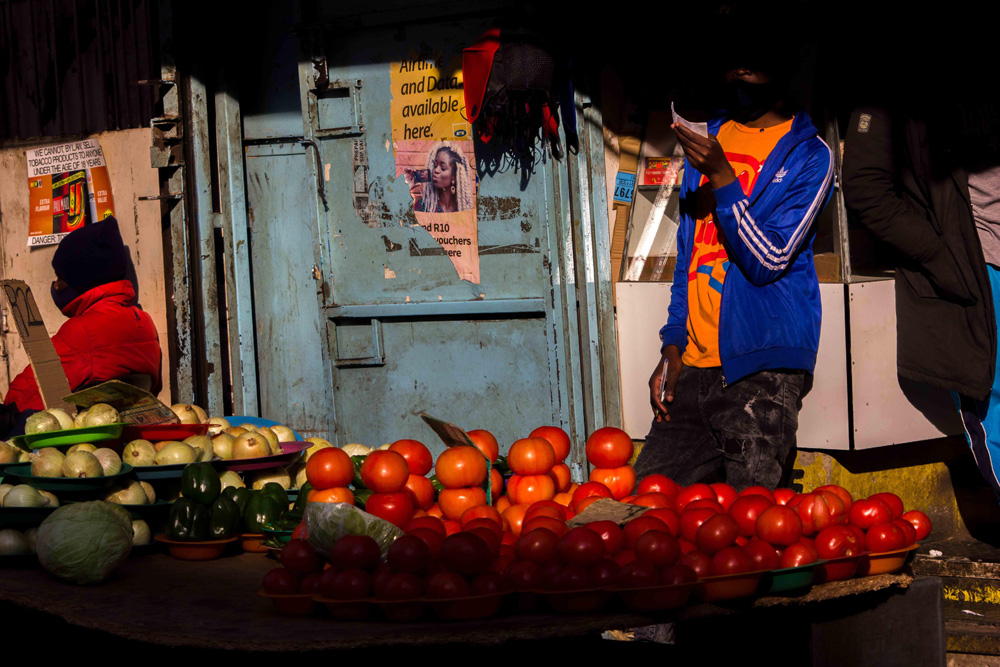 Many people have endeavoured to describe the particular energy of Johannesburg but photographer Sibusiso Gcaba doesn’t try; he just shoots. Joburg is the city that raised him. “Everything I know I learned in the city; the streets taught me,” he says. In return he’s giving back by bestowing importance on its everyday hum through his lens. His series K’se Goli La (This is Joburg), made between 2017 and 2020, takes its name from the isiZulu phrase usually used to caution of its dangers. “In a place where everyone is on the move to get their own, and space and resources are limited, the environment tends to get hostile and you are forced to move swiftly to find your way or be absorbed by the chaos,” Gcaba writes in his artist statement. “But I'm still fascinated by the moments between her breaths.” His photographs press pause on the relentless reel of the city. “I wouldn't say it's a good city to shoot in,” he says “But I have a unique relationship with it, and it was very important for me to create the K'se Goli La project. Specifically in the inner city/CBD. I owed it to the city.”

Gcaba’s street photography of Joburg captures the specific light of a city that’s bounced off glass facades to illuminate an otherwise commonplace scene or interaction. It’s as if each of his photographs is lit by a bevy of technicians and yet they’re all captured on the fly. He uses the available light and the shadows that it strikes to his advantage. 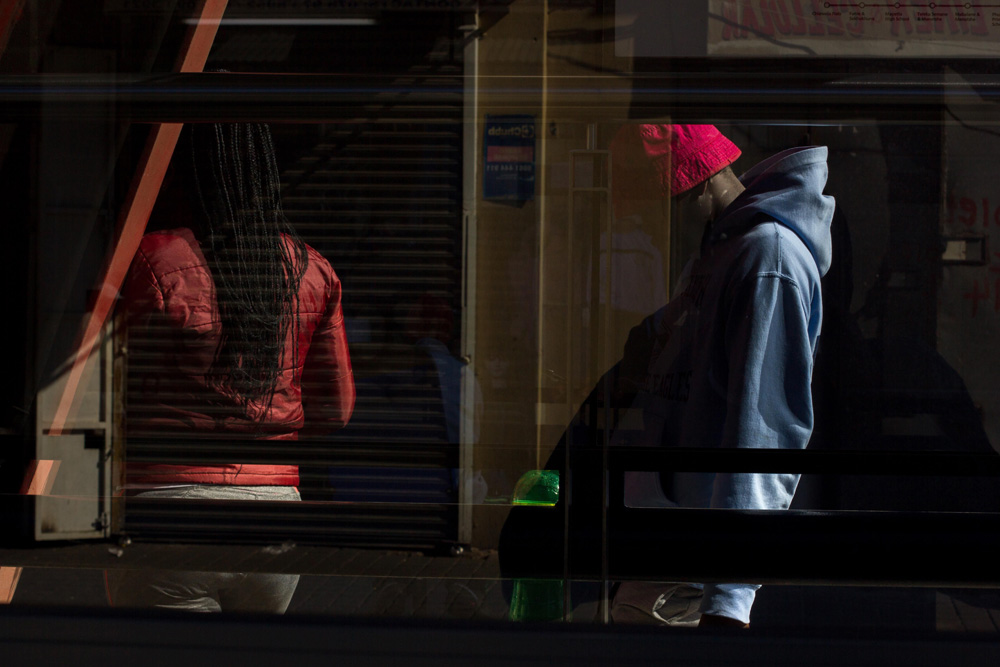 To be ever-ready to capture the happenings around him, Gcaba used to carry his camera at all times. It was important while he was learning to anticipate a moment. Now that he knows what he’s looking for, he goes out at certain times to shoot. Although he admits, “sometimes it hurts to see a once in a lifetime image dissolve in front of you.” Gcaba heads out most often in the late afternoons when the light turns golden and rush hour begins. “That's when the city is more alive and everyone is pacing up and down and anything can happen,” he says. “But you know what they say about luck on the streets, you create it.”

When out shooting in Joburg, Gcaba says he is forced to move with the crowd in order to blend in. But certain moments call for stillness. “Especially if you can smell the moment, you have to wait,” he says. The best tip he’s learnt from studying the greats of street photography is to be present. “Being present helps you to calculate and predict moments before they happen,” he says. It also helps to stay aware of his surroundings; he’s had people screaming at him for pointing his camera in their direction and others who have tried to rob him. “But there's also love,” he says, “people want to know what you are shooting for, and they want to follow your work.” 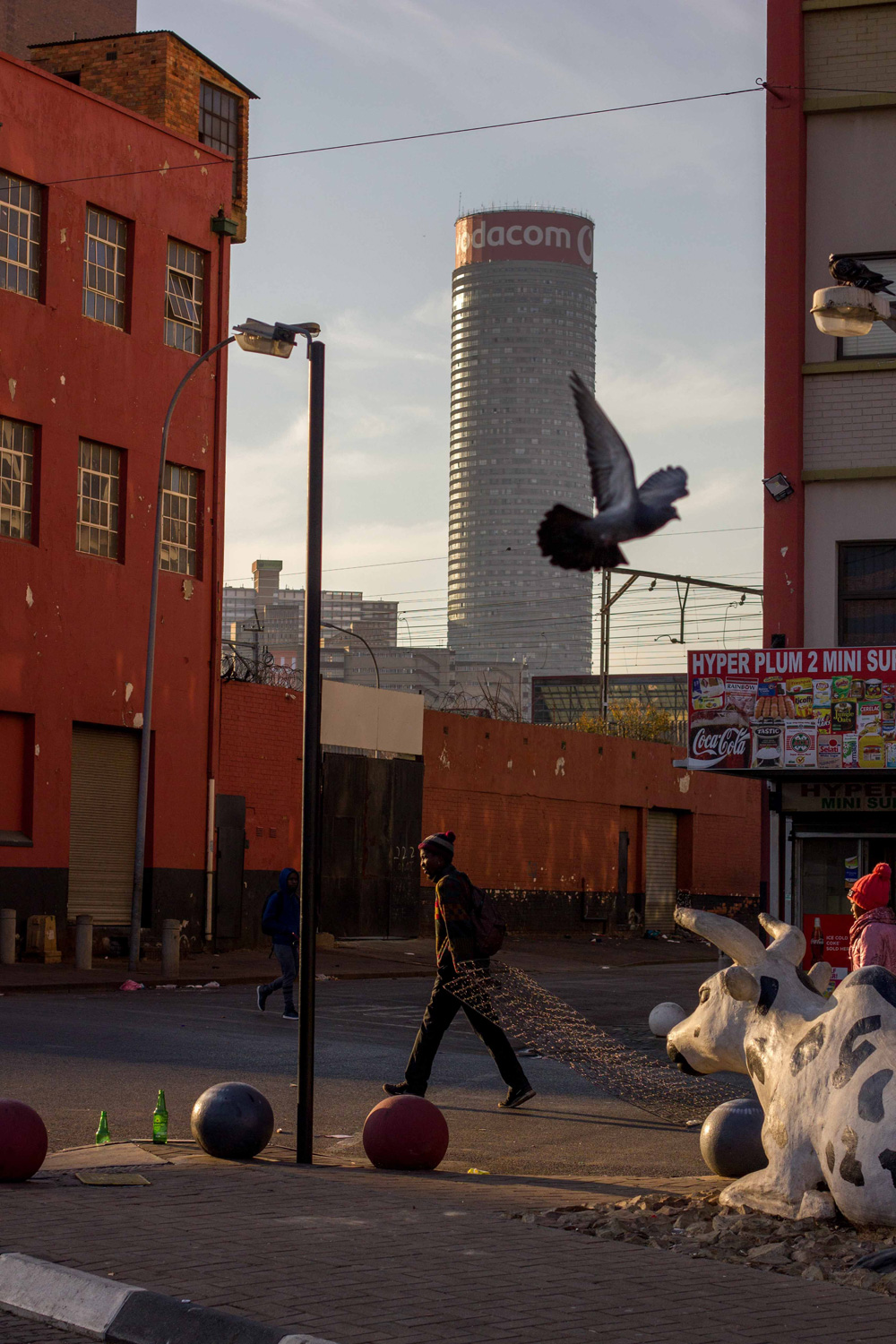 Gcaba is drawn to slow moments in the midst of chaos. More than what it looks like, he hopes to portray what a scene feels like. Through his images you can feel the bite of a crisp winter morning or the heat rising off black, sun-baked tar that would scorch bare feet. Capturing the feeling of the city became especially vivid during lockdown when the city changed its spots. “I still went out to shoot occasionally during lockdown,” Gcaba says, “but my approach was different because everything just felt and looked weird. Most of the work I created during lockdown is a bit heavy. I saw myself slowing down. I was taking my time with the images, so what I produced wouldn't fall under traditional street photography. Though I think these genres will become less and less relevant as time goes on. People just want to express themselves.”

Street photography will always feel like a privilege for Gcaba: “I got to experience the energy of a city other than just living in it.” But his current work is aimed at diversifying his practice. He’s exploring; something the city has taught him well. Through his observations of the CBD, has he found a way to ultimately describe Johannesburg’s essence? “There's no truth about Joburg besides your personal experience,” he concludes. 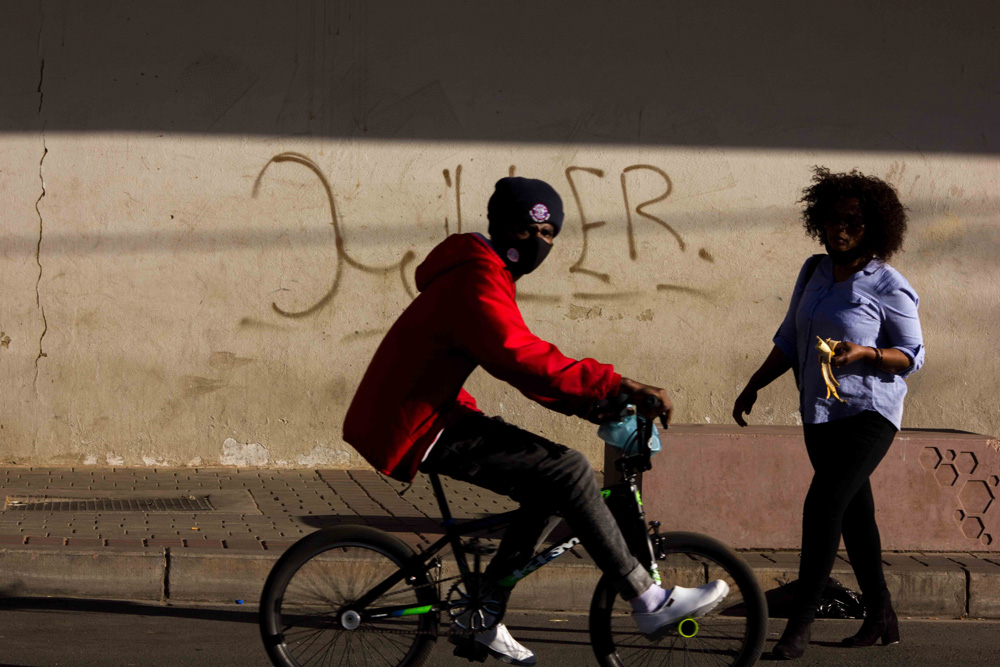 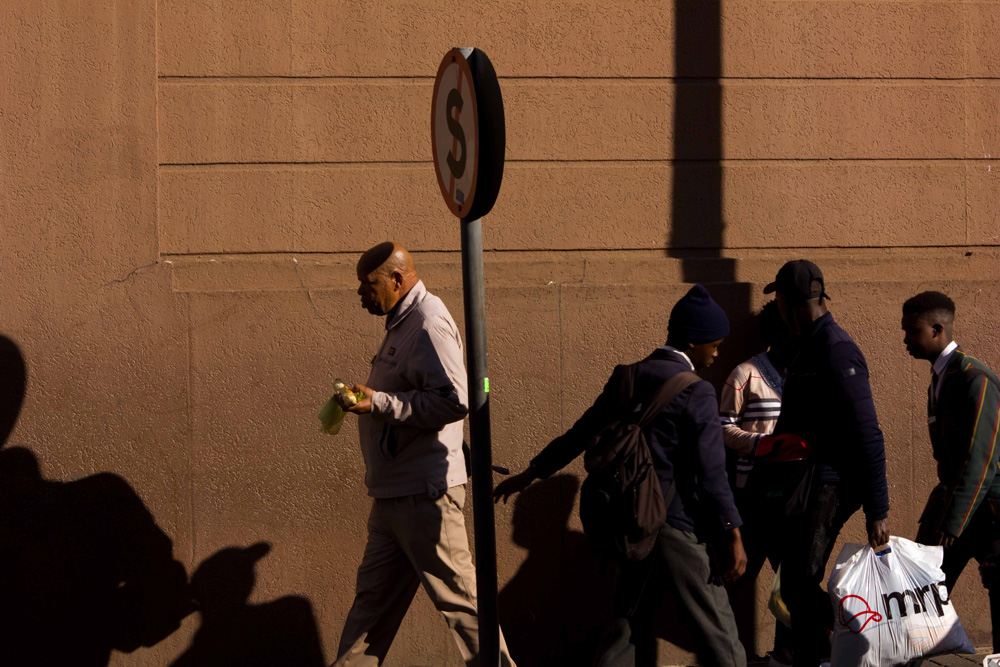 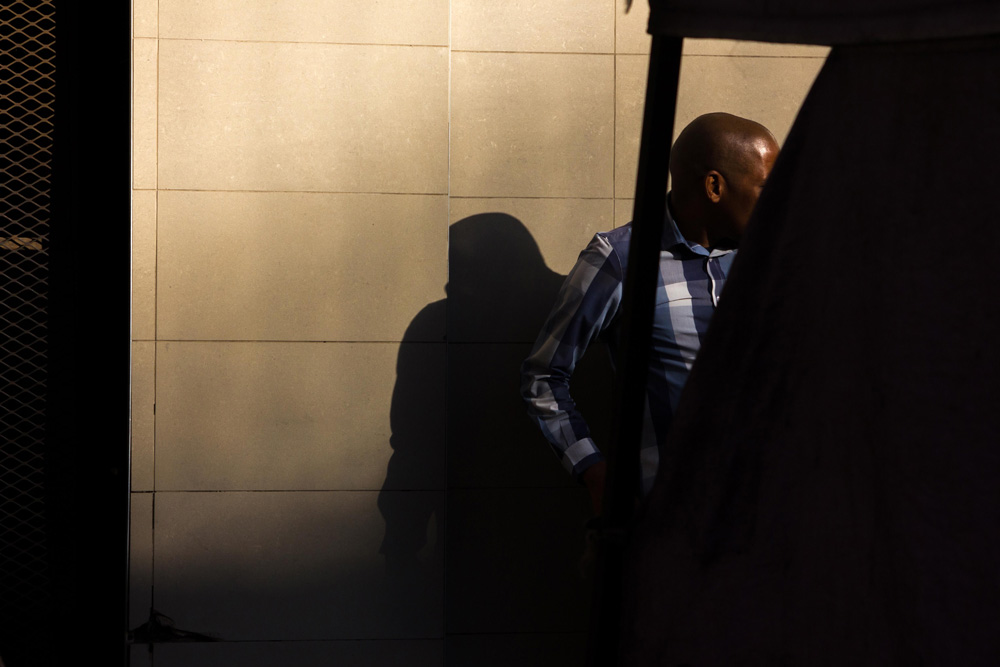 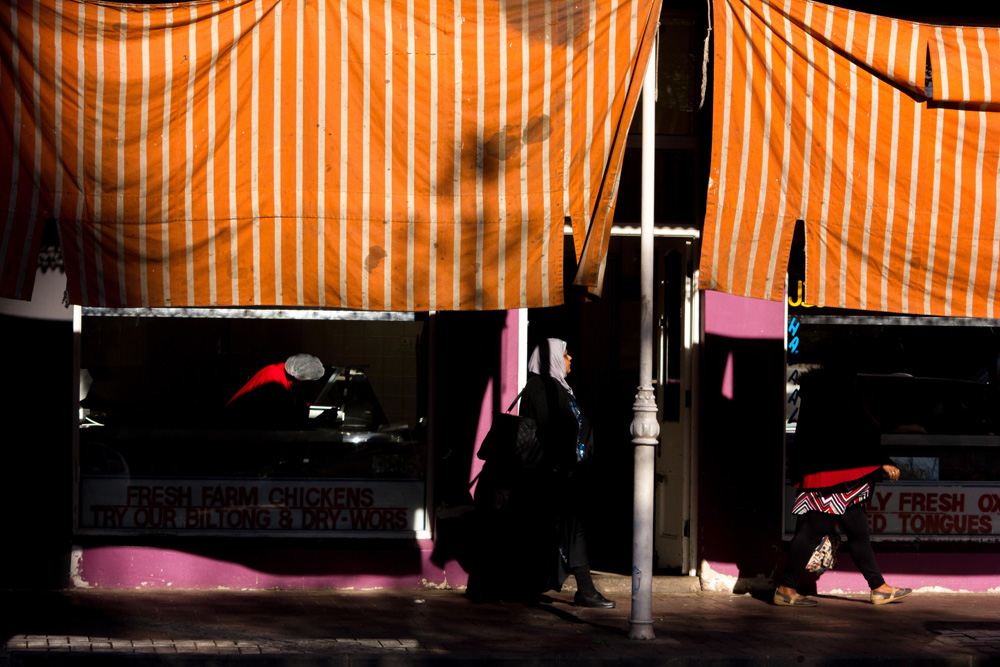 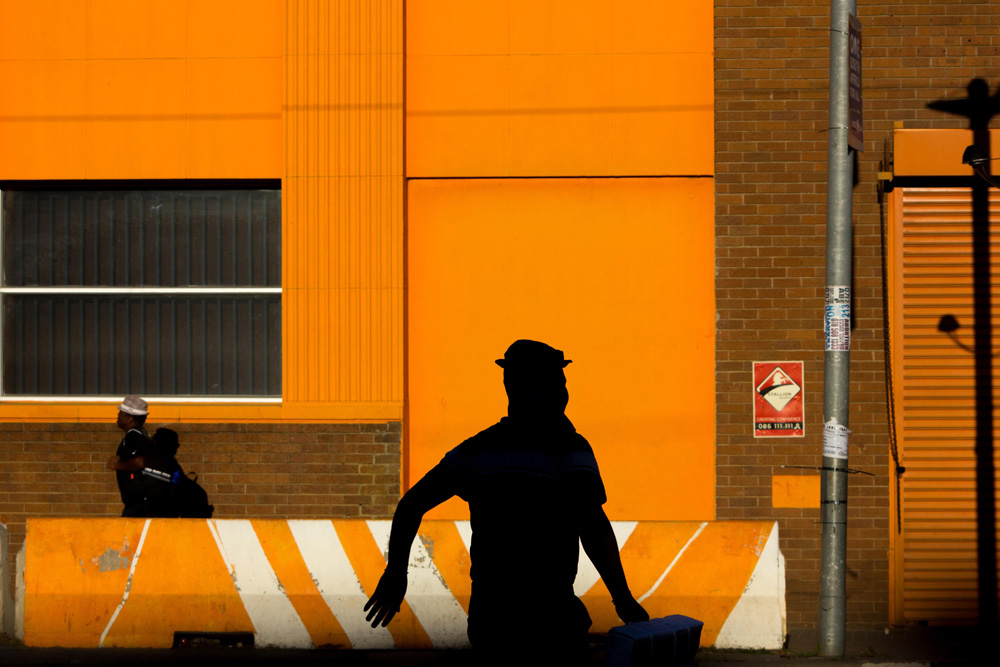 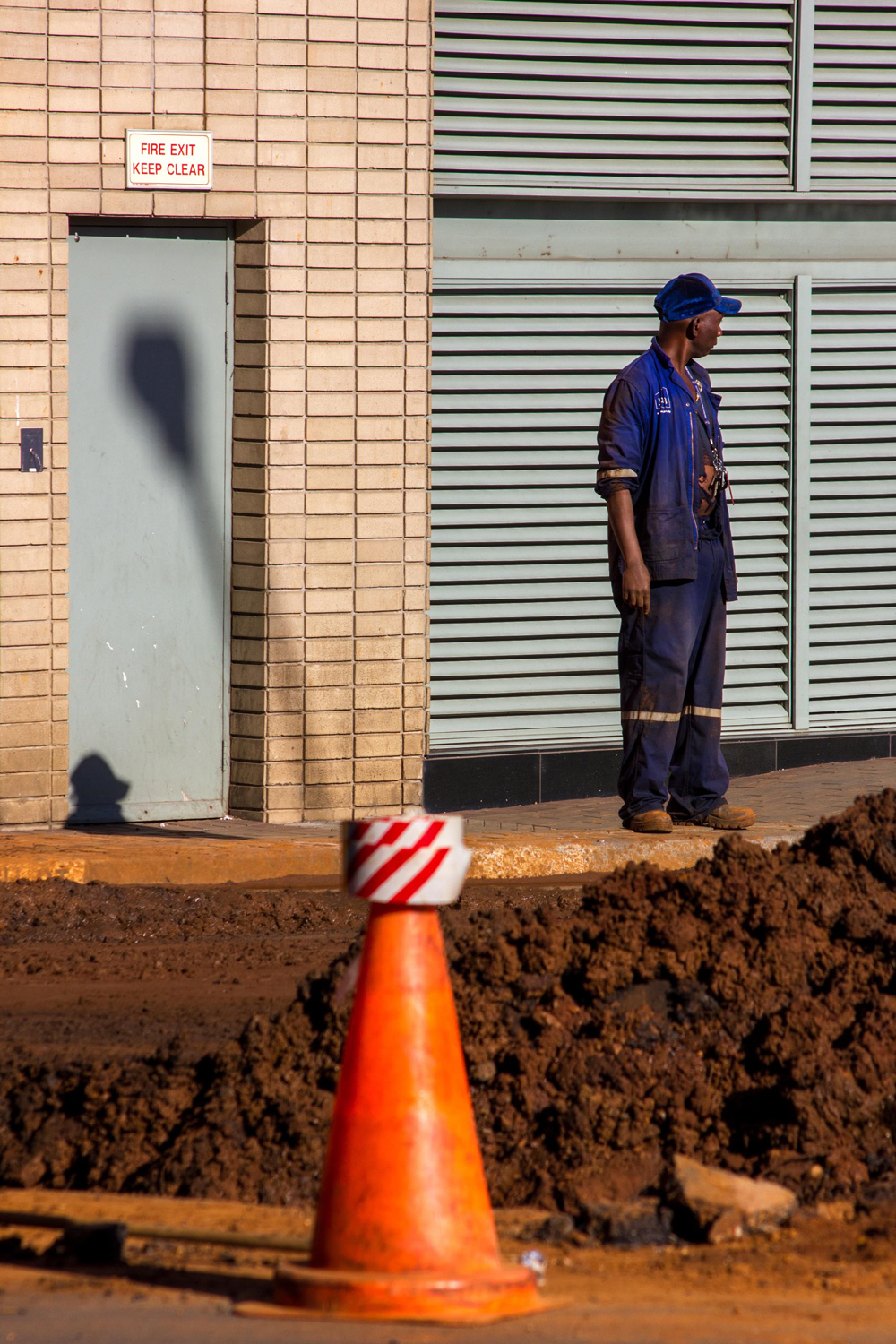 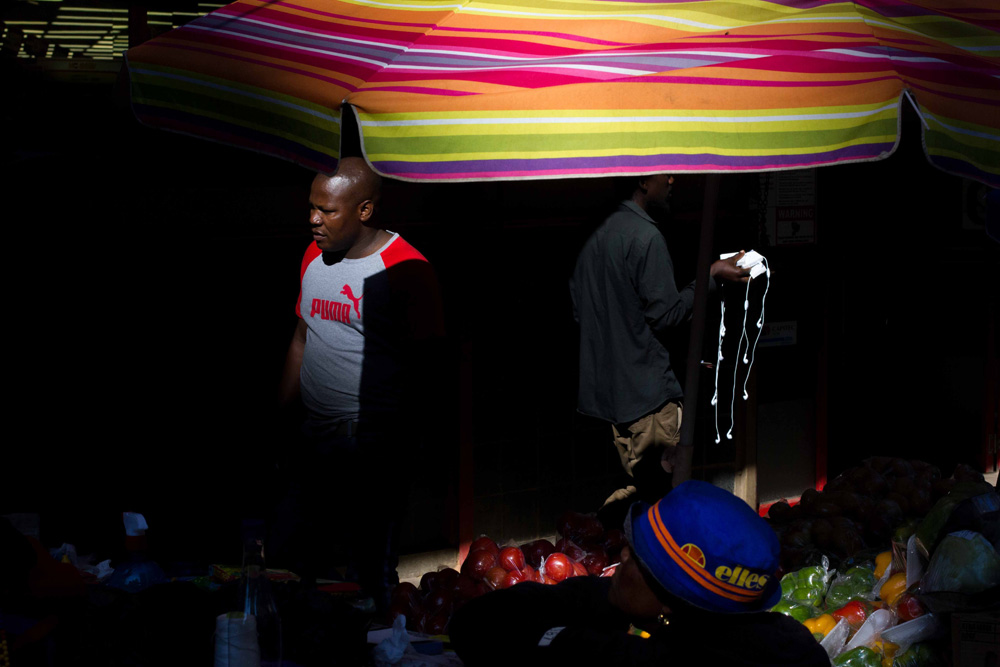