A single-artist auction dedicated to a modernist master 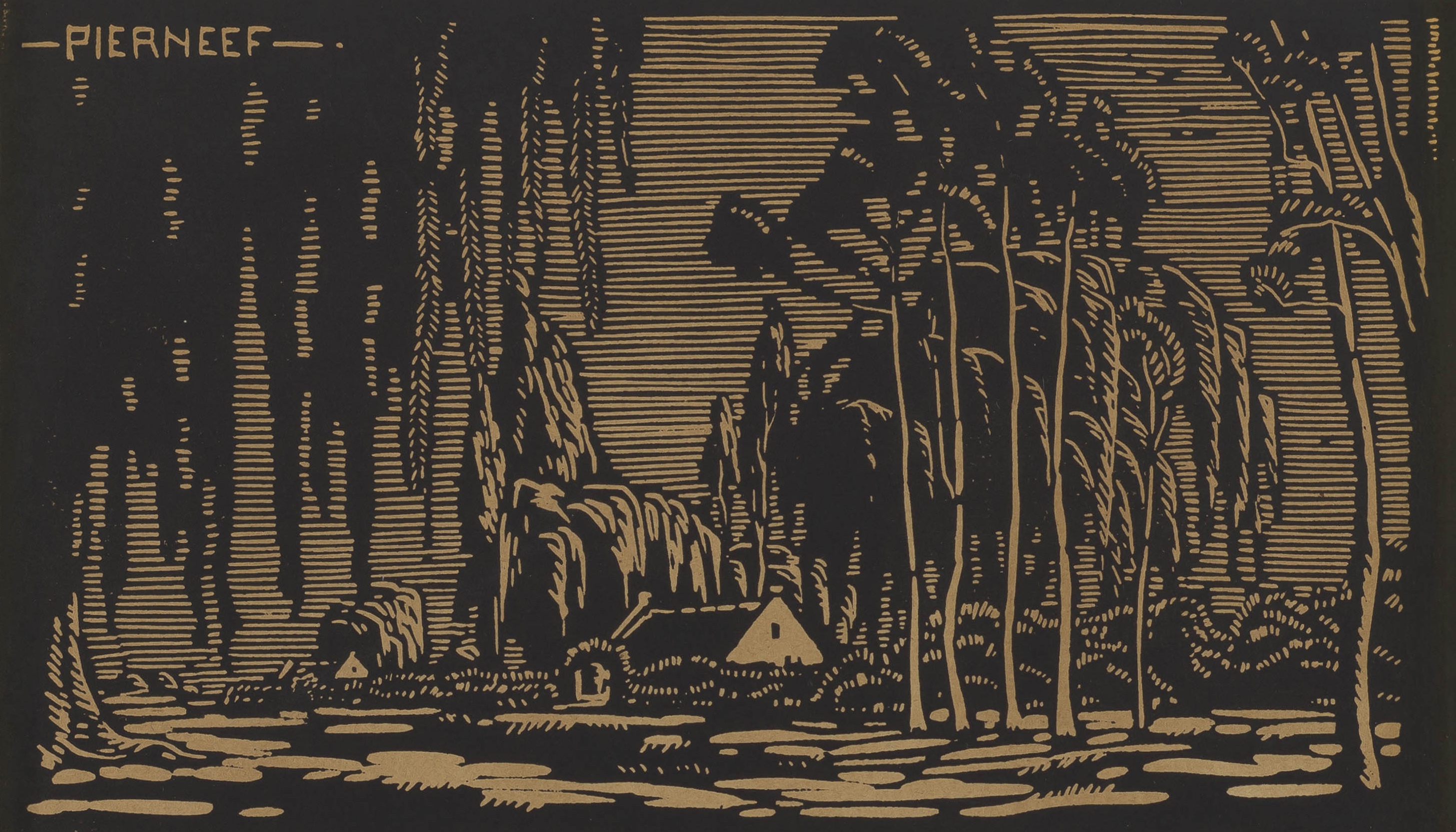 Strauss & Co is pleased to announce a single-artist auction devoted to one of South Africa’s most renowned and iconic painters, JH Pierneef. The selection of works gathered for IN/SIGHT: JH PIERNEEF, a first-of-its-kind auction dedicated to this modernist master, includes paintings, drawings and linocuts made through the first half of the twentieth century. Dr Alastair Meredith, head of Strauss & Co’s art department, will conduct the live-steamed auction from Joburg on Monday, 26 July 2021 at 6pm. Register & bid here.

“By presenting over 50 examples, made over almost half-a-century, individual works are better contextualized,” says Meredith, an authority of early twentieth century South African art. “My hope is that this focused sale will provide collectors with a sense of the development of this artist’s remarkable career. Pierneef’s deep affection for the soil, his keen sense of balanced design and his flair for the dramatic and monumental make his pictures at once familiar and enthralling.”

Pierneef’s principal subject was the South African landscape. He is best known for his depictions of vast and breath-taking vistas, lonely farmhouses, architectonic cloudbursts and moving bushveld silhouettes. The lots featured in IN/SIGHT: JH PIERNEEF encompass all these subjects and showcase his proficiency with oil, casein, watercolour, pastel, graphite, etching and linocut. 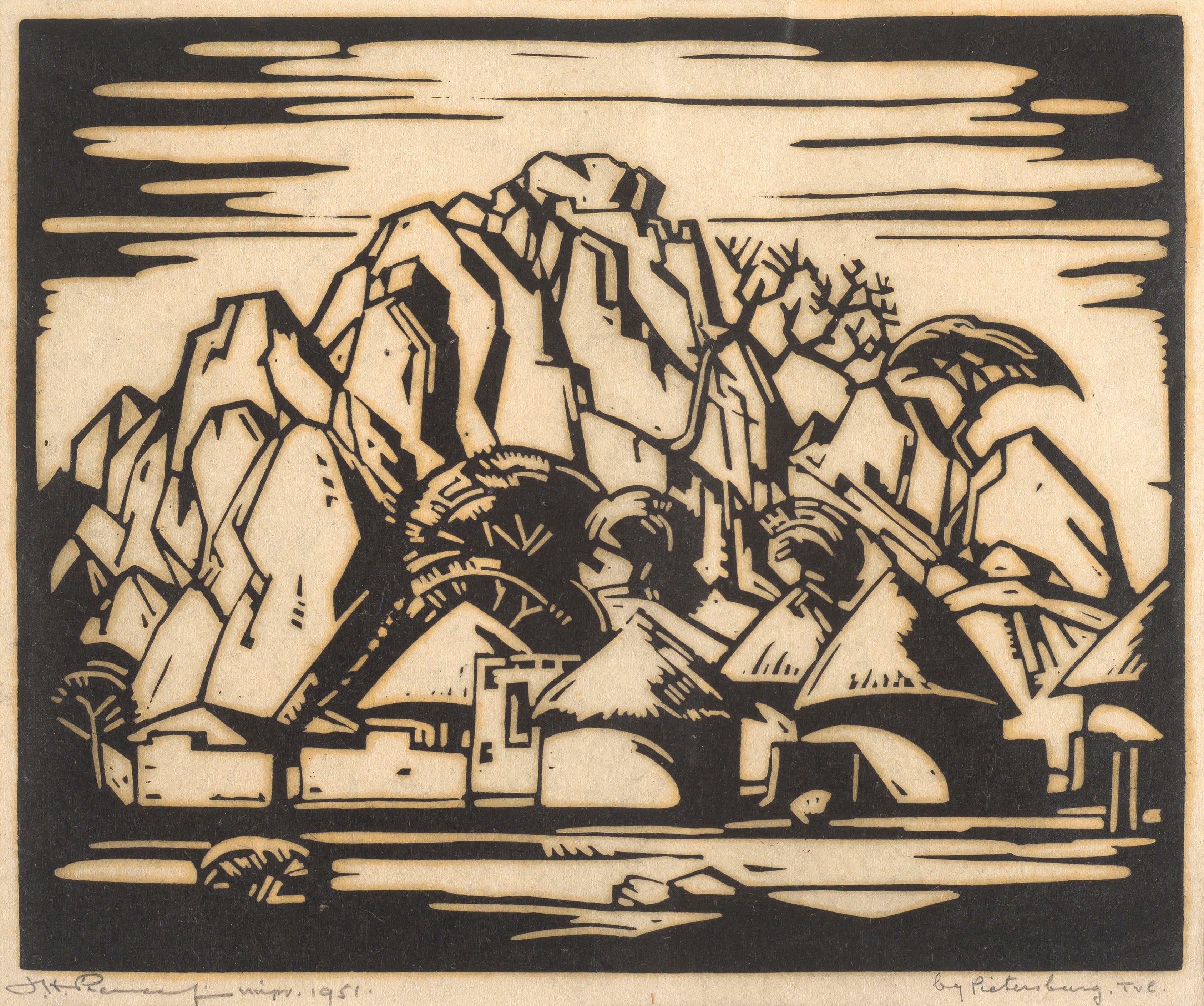 The two premier lots are oils that date from the two different decades of Pierneef’s prolific career. Painted in 1944, Landscape with Rocks and Trees (estimate R1.8 – 2.4 million) showcases the artist’s skilful organisation of space and his capacity to render solitude amidst the fullness of nature. Painted a decade later, in 1953, Clouds over the Karoo (estimate R1.8 – 2.4 million) shows a monumental and architectonic cloud formation high above a moody and stunningly beautiful Karoo landscape.

Other high-value oils in this sale include Landscape with Trees and Aloe (estimate R1.2 – 1.6 million), a spectacular scene of unfolding scenery rendered in a beautifully modulated palette, and Acacia in the Veld from 1940 (estimate R1.5 – 2 million), a bushveld scene capturing the unadulterated beauty of the dry winter months of South Africa’s interior. A majestic, stylised acacia dominates Bushveld Tree (estimate R1 – 1.5 million), a work defined by serene colour harmonies. Painted in 1952, the magnificent Cloudburst Storm (estimate R1 – 1.5 million) showcases the artist’s extraordinary ability to interpret atmospheric conditions, and his innate sense of natural drama. 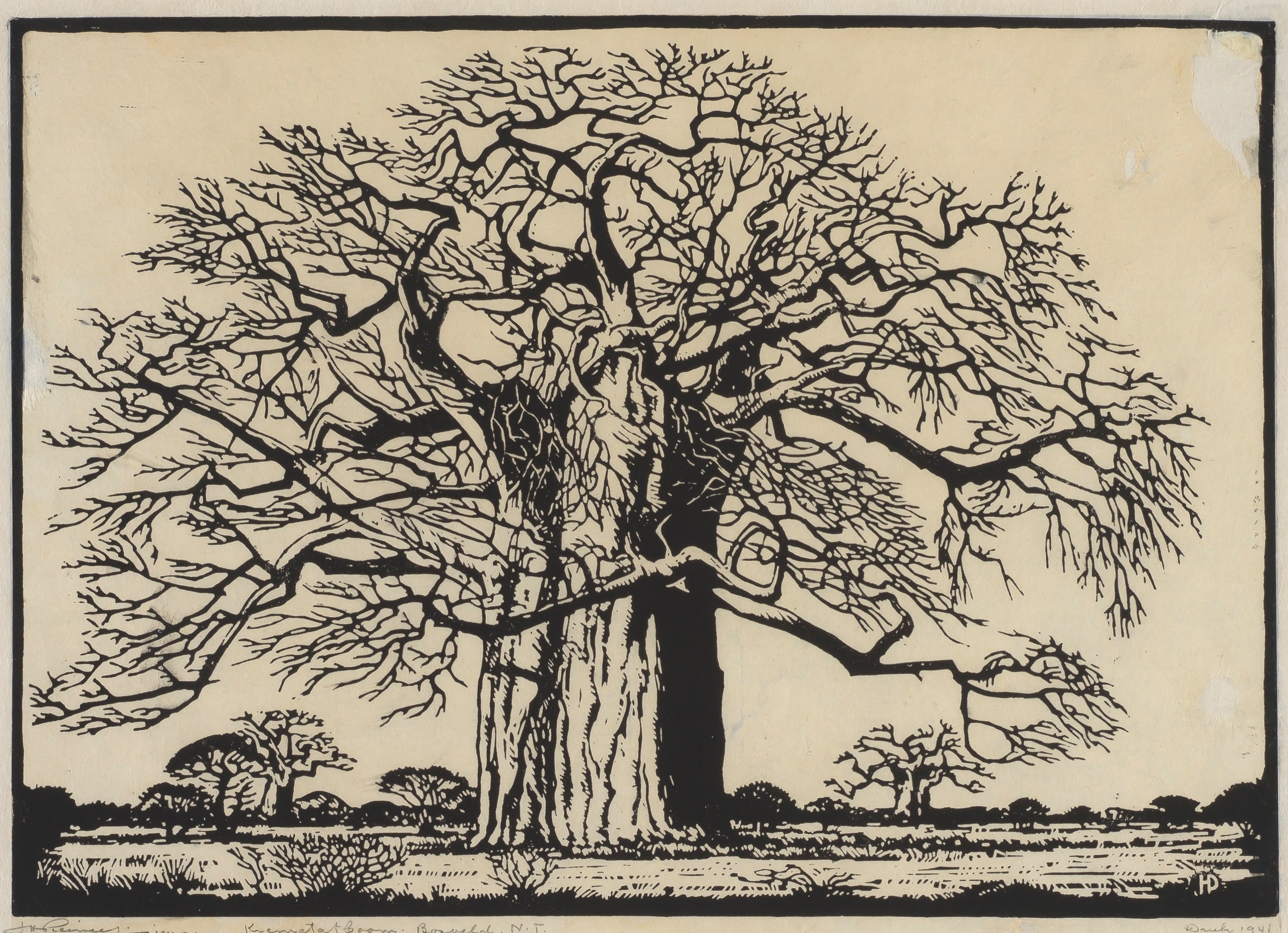 “IN/SIGHT: JH PIERNEEF is a wonderful opportunity to see and appreciate the work of a single artist without distractions,” says Susie Goodman, an executive director at Strauss & Co. “It also presents an opportunity to a wide range of collectors, from the young collector hoping to acquire an early linocut, to the seasoned collector interested in a distinctive territory, style or medium – as is offered by his dazzling, small-scale caseins, of which the sale includes a remarkable 1924 work depicting the magnificent peaks of Jonkershoek.”

Meredith identifies two works that may be of particular interest to Pierneef aficionados. The undated watercolour Stad in Basotho Land (estimate R250 000 – 350 000) depicts the Maluti mountains and shows the artist experimenting with geometric abstraction. The undated oil Rooiplaat (estimate R400 000 – 500 000) is a gentle, expressive work depicting a beloved camping spot on the Pienaars River north of Pretoria. Camp Tent (estimate R150 000 – 200 000) is a lovely companion piece to the latter work.

“Pierneef’s Namibian pictures are shot through with an electric glow,” says Meredith, who has authored a comprehensive e-catalogue to accompany the sale. “He certainly delighted in the shifting colours and patterns over the landscape as the sun arced through a clear, vast sky.”

IN/SIGHT: JH PIERNEEF includes a striking miscellany of prints, including two linocuts depicting Boer statesman Paul Kruger, dated 1924 and 1929, as well as various Transvaal and Cape architectural scenes. The linocut Ou Poortjie, Stellenbosch (estimate R20 000 – 30 000) depicts an extant gate and was made during the artist’s important Stellenbosch visit in 1921. The rarest print is View of Pretoria through Trees (estimate R50 000 – 60 000), the only etching in the sale, which was printed in a single edition in 1912. 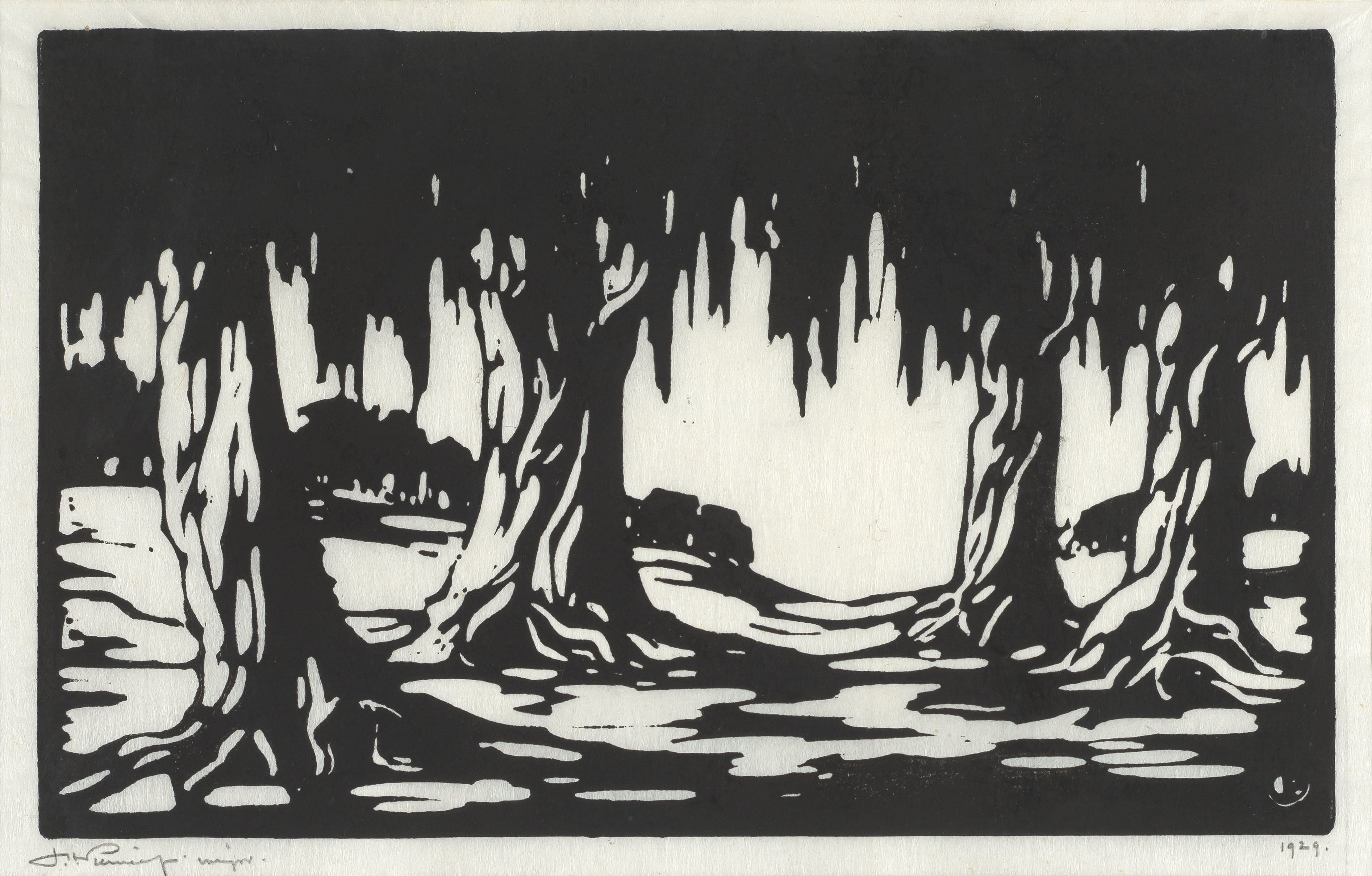 Due to current Covid-19 regulations, IN/SIGHT: JH PIERNEEF will be presented as a live-streamed auction through Strauss & Co’s website.

This single-artist auction will commence on Monday, 26 Jul 2021 at 6pm.