Folly, Frailty and Fear | A Virtual Walkabout with Diane Victor

Renowned South African artist Diane Victor’s latest solo exhibition opens at UJ Art Gallery on the 14th of April 2021 with a live-streamed virtual walkabout with the artist at 6pm on the gallery’s Facebook page. Though a result of Covid-19 restrictions, the event will be a fortuitous opportunity for those outside of Johannesburg and around the world to join this rare occasion and pose questions to the artist.

The seed for Folly, Frailty and Fear was planted for Diane Victor while reading Desiderius Erasmus’ text In Praise of Folly (1511) where the writer uses satire and social critique in the guise of humour to parody power. In those times the powers he pointed a finger at were religious. In Victor’s case, her works look instead to current times; to corruption, violence and fear. The show constitutes various bodies of work. In Praise of Folly follows Erasmus’ original characters Dame Folly and Master Fool as they enact various scenarios inspired by, as Victor told Latitudes, “the infatuation that seems to infiltrate our society, the need for flattery through one’s postings and one’s likes and dislikes on social media, and the folly of attempting to rewrite histories that cannot be changed.” The Chalkboard series is another body of work within the show. Rendered in chalk on blackboards, the works depict the lessons that our society never seems to have learned, the misjudgements and miscalculations we continue to make. The bodies of work in the exhibition are produced in a variety of mediums and experimental materials: tapestry, lithographs, the smoke drawings Victor is well-known for and drawings made on stone. Victor’s interest in exploring alternative processes is in part inspired by her years teaching; encouraging students to question their materials. In turn she’s inspired to question her own. Her smoke drawings which she began doing twenty years ago have migrated onto glass, accidentally producing shadow works when light is shone through it. The smoke drawings have also been printed on cloth producing works that are less fragile. Printed onto various surfaces inspires different readings of the works, although this isn’t necessarily Victor’s intention which is instead to play, experiment and stay open to a shift between mediums. “Different mediums give back in ways you don’t expect and it’s that unexpected potential that I try to use to move me out of my safe comfort zones,” she says.  Working on stone is a new direction seen in this show. Victor uses sandstone polished down to a fine finish to draw on. “Working on the stones and drawing on the stones came from the visual seduction or the physical seduction of drawing on litho stones which is perhaps one of the most beautiful surfaces to actually draw on. I can fully understand why palaeolithic man drew on stone walls,” she says. 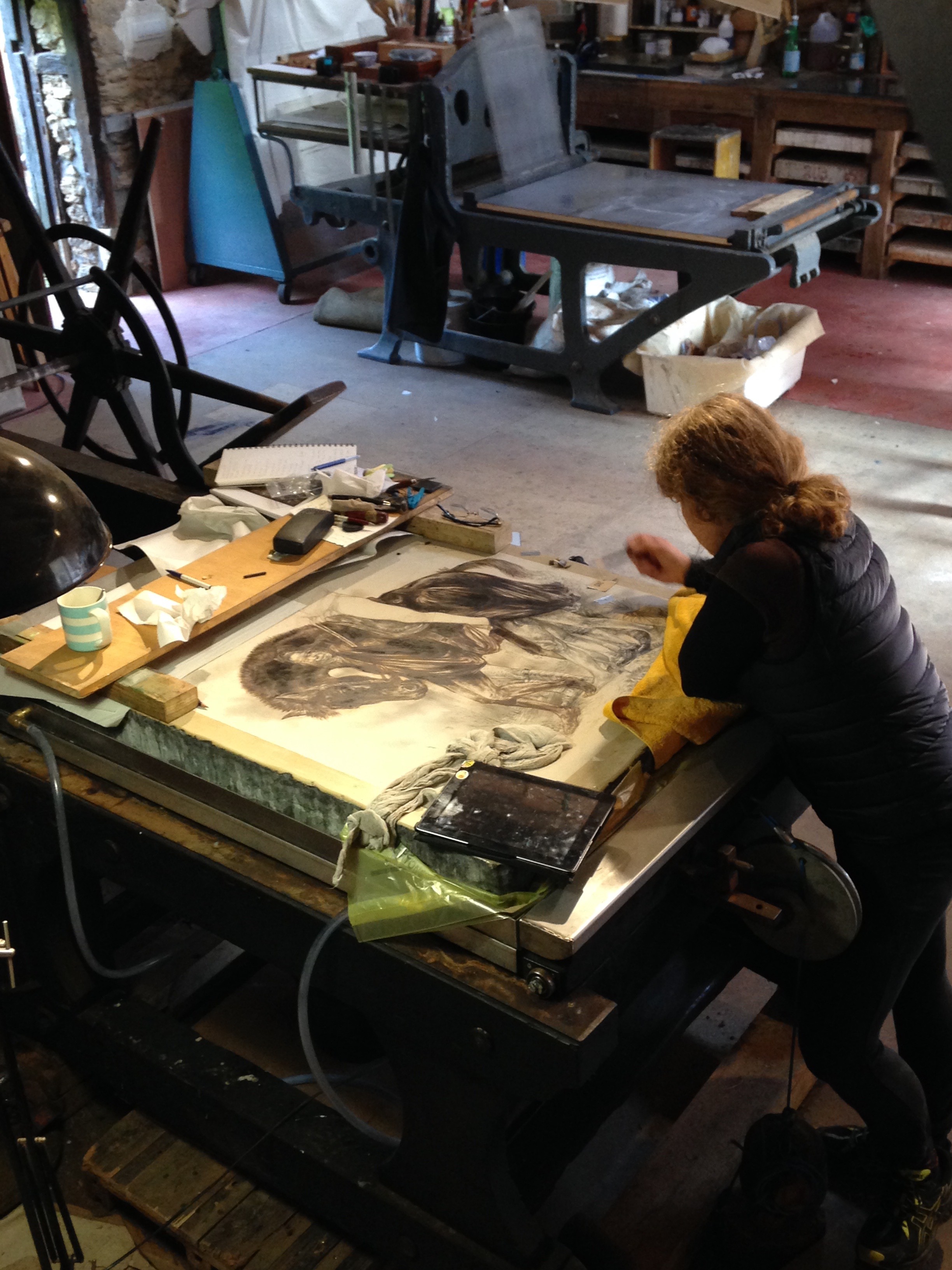 Victor’s hopes for this show are what she hopes for any body of work she creates: to be a mirror for the society she is part of, reflecting back on itself laced with cynical humour. “I think I’m too cynical to labour under the illusion that an artwork can offer hope to the viewer,” she says. “I think a vaccine rollout programme that functioned would offer hope to a viewer, the return of monies leached from our society — millions stolen from the poorest people in the country, returned and some kind of prosecution port would inspire hope. A solution or attempted solution to the horrific attacks and murders of women in our society produces hope. An artwork presuming to do this would be a little grandiose. As a maker sometimes I think of myself as being a small seismograph that just attempts to measure the disruptions. If anything, an early warning system or an alarm bell that just gets stuck on in a society so well-skilled in, not necessarily indifference, but the ability to sublimate the things around them and just continue. Hopefully drawings offer that reflected world. Perhaps seeing it from a different angle you see a little bit more clearly for a short while.”

Folly, Frailty and Fear will be on show at UJ Art Gallery from the 14th of April until the 19th of May 2021, and virtually on their digital platform Moving Cube until May 2022. 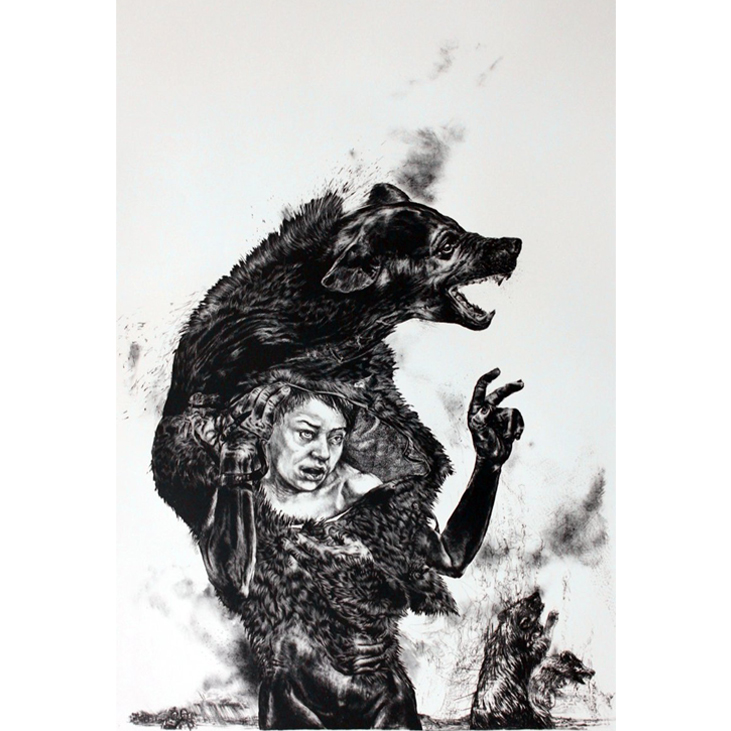