A review by Keely Shinners for ArtThrob

The first art review I ever wrote was for a show at Smith. It was called Close Encounters, a group show about intimacy. I remember being skeptical of its aims. What damage is done when we expect art objects to be intimate with us, fulfill our desires? I wondered.

‘Farewell to good good friends’ is also a show about intimacy. This time, I am less skeptical. Or, to put it another way, I am more needy. It’s intimacy that I crave. To find intimacy in an artwork feels nothing short of miraculous. Like Brett Seiler’s Portrait of two men drunk kissing in an empty bar. The painting is little more than a suggestion, and yet it paints a clear picture in my mind: a dark bar after last call, music waning, bartenders cashing up, smell of stale smoke. And here are two lovers, so drunk they can barely hold their bodies upright on the barstools, tethered only to each others’ limbs, the kiss a balancing act. Talia Ramkilawan’s work is similarly evocative and provocative. The tattoos, the black boots, the happily-scantily-clad bums would have put me there anyway, but titling it Kiss kiss EVOL bathroom catapults the memories into view: ears ringing, vision hazy; drinks half-drunk on the cistern, stains of various hues; my body a dancing organ, my mouth a vessel for hot breath. 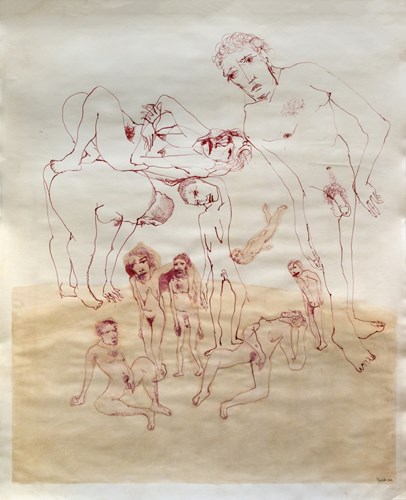 I admit I have not coped well with solitude. Turning to my memories for comfort, I have become something of a patient to nostalgia. ‘Farewell to good good friends’ is a show that plays on nostalgia: Amy Rusch’s sunrays, Rosie Mudge’s sunsets, Nabeeha Mohammed’s heart-shaped lockets, Stephan Allright’s melancholic orgies. Nostalgic, too, because it is the gallery’s final exhibition before it closes its doors. As such, the show tells a story of personal as well as institutional memory. A poetics of association: intimacy in the work recalls the intimacy of the gallery; nostalgia on the (virtual) wall becomes nostalgia for the walls themselves. I cannot help but remember Smith’s two small rooms, crowded with familiar faces, one-too-many wine glasses in the courtyard, spilling out onto the square for a smoke while the secondhand coat and crystal hawkers packed up their wares. I remember, afterwards, afterdrinks at the Kimberley Hotel.

All that is past now, for a good many reasons. Fond as I am of it, Smith was never a perfect space. Its predominantly white roster and leadership, I’m sure, caused many to regard the institution with suspicion, which kept it from growth. Plus, the fact that it was small and focused on a local clientele meant it couldn’t benefit from the blue-chip markets that are keeping galleries of an upper-echelon afloat. I’m sure Smith is not the first arts institution – and it is certainly not the last – which, by the time quarantine-time is up, will have been left behind. 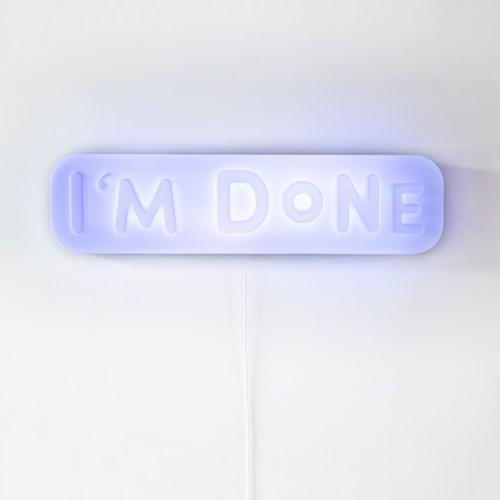 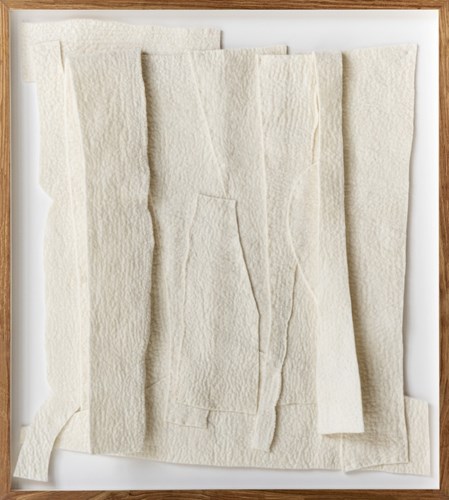 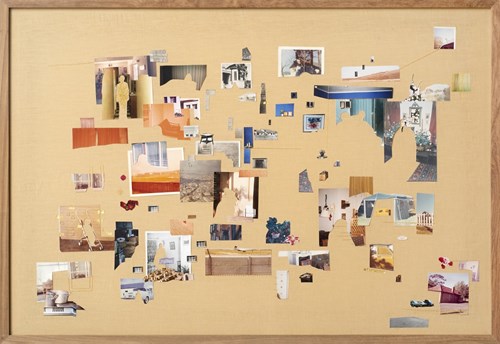 This question – what’s been left behind? – bestows this farewell show with somewhat morbid undertones. ‘Farewell to good good friends’ manifests in new works that won’t see the solos they were made for, as well as leftovers from exhibitions past, some dated as early as 2016. In many ways, the show feels akin to a garage sale, and I mean that in a good way. I find generosity, rather than desperation, in that gesture: ‘let me pull something out of the back for you’. An act symbolised so well by Claire Johnson’s Ceremonial leftovers: scraps of felt stitched back together in a last-ditch effort to create something of value. So too by Sitaara Stodel’s fabrications of the discarded, and Katharien de Villers’s paintings of objects in their afterlives. Nostalgia does that too: makes treasures out of the disposed-of. It refuses to forget.

I guess the bind of a farewell show is that it resists forgetting as it’s fading away. Some artists speak to the absurdity of that enterprise, like Michael Linders’s flashing-neon I’M DONE display, which takes on now an even-eerier tone, or Michaela Younge’s things-fall-apart tableaux. 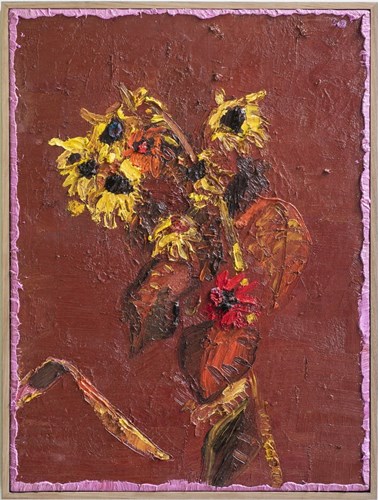 Memories fade; memories let us go. People come into our lives and then depart. Homes are nurtured and then disappear. These facts, though admitted often, never cease to amaze us, and never fail to break our hearts. Smith’s farewell is such an admission, a cause for mourning, perhaps, though there are a myriad ways to be reborn.

How do we say goodbye to good good friends? By not holding on too tightly.

This article was originally published on ArtThrob