The Journey: New Positions in African Photography, edited by Simon Njami and Sean O'Toole, comes out of a ten-year project – The Photographers' Masterclass – initiated by Njami and the Goethe-Institut Johannesburg, which from 2008 to 2018 saw annual gatherings of emerging African photographers and curators in different cities across the continent. 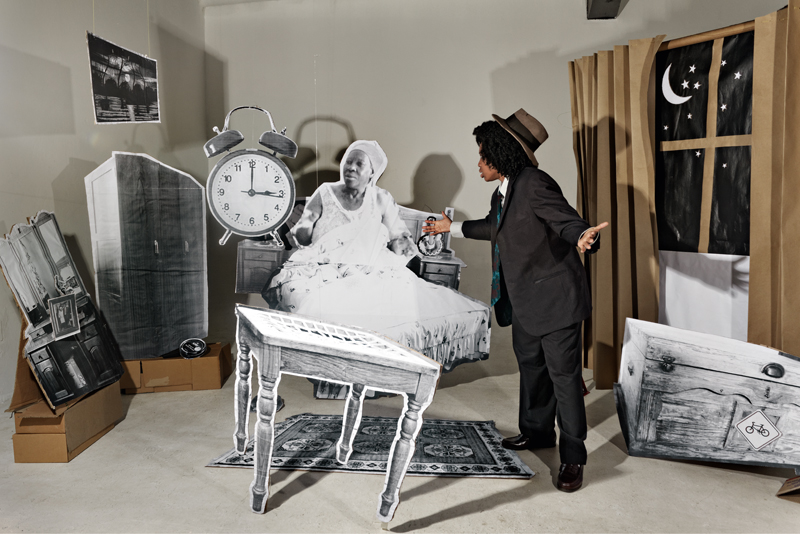 The inaugural meeting of the Masterclass was held in the Mozambican capital of Maputo, where, as Akinbode Akinbiyi, the only curator to be involved in all of the gatherings, writes,

"it is in the small, everyday things that the essence of our lives comes through. Time spent at the beach, at the defunct railway station looking at a sparsely hung exhibition, at a nightspot in the inner city, music drowning out the loud conversations."

Over the next ten years, the itinerant gathering would find itself in Bamako, Addis Ababa, Bamako again in 2011, Lubumbashi, Lagos, Johannesburg, Bamako in 2015, Khartoum, Nairobi, and finally back to Johannesburg in 2018.

The Journey is a result of the Masterclass, but not simply a 'kind of yearbook', or 'mere document of a mentorship project' the editors write. Instead, the book reflects the many creative tensions elicited and articulated by the project – between history and memory, between the singular and the abstractable, and between silence and conversation. 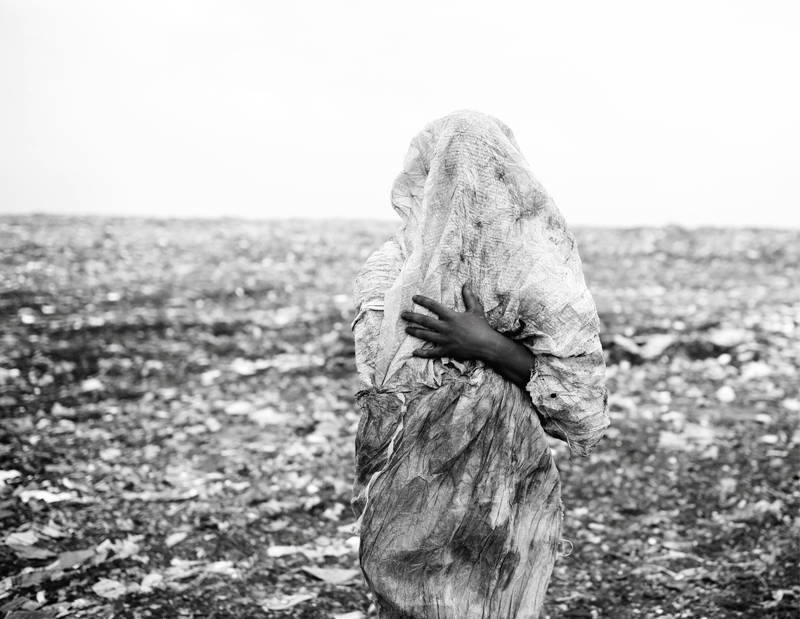 Njami has written that "It is impossible to comprehend fully what Africa is. Like placing a bet that cannot be won."The styles, formats, subject matter and tone in the different photographers’ work is as varied and disparate as the continent itself. From vernacular studio portraits to streetstyle rapportage, fleeting vignettes, land and cityscapes and surreal performance photographs, the portfolios take the reader on a journey that meanders between the past and the present, the personal and the collective.

The publication takes readers on a passage across the continent through the varied work of 17 young photographers from the Democratic Republic of Congo, Ethiopia, Ghana, Ivory Coast, Kenya, Mozambique, Nigeria, South Africa and Sudan.

Ethiopian photographer Michael Tsegaye’s Afar II series draws us out to the margins and into the desolate, wind-blasted wasteland of the Danakil depression. Almost abstract in their bleakness, the opaque images convey a sense of simultaneous timelessness and transience. 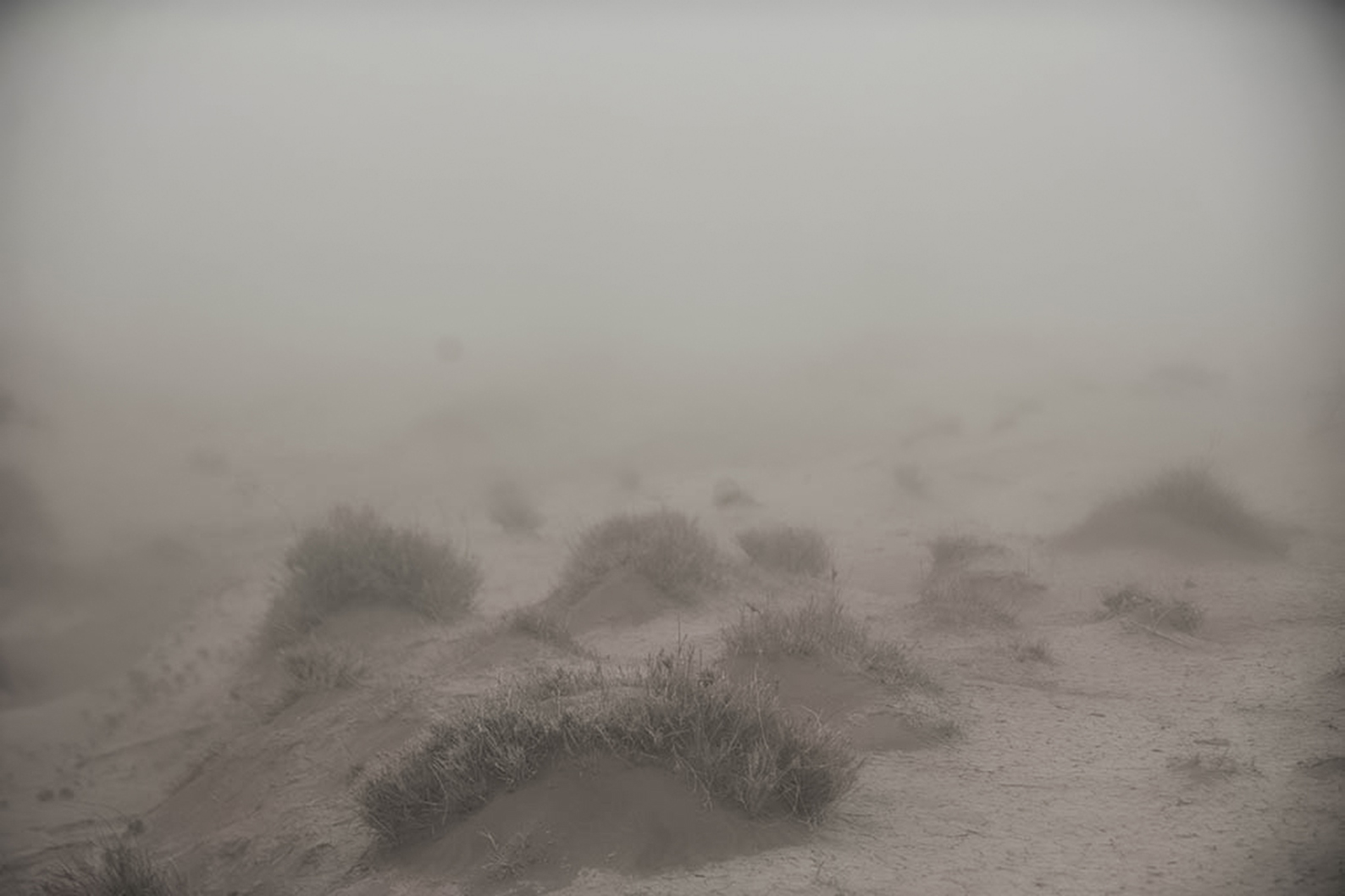 In Ala Kheir’s quiet and contemplative scenes of everyday life along the banks of the river Nile in his native Sudan, time seems to slow and pass languidly with the current of the water. 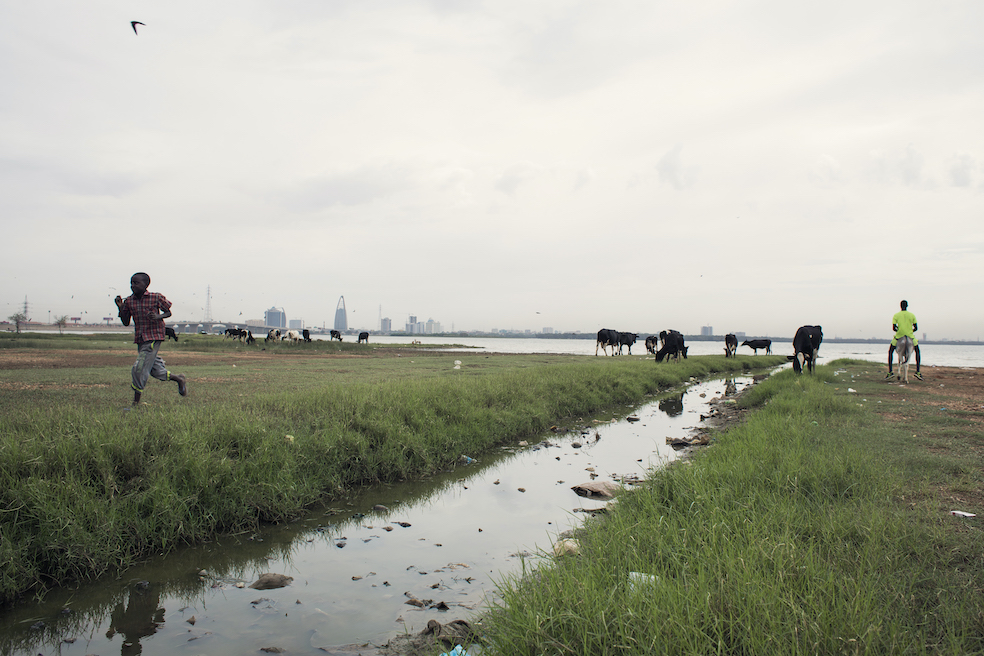 Ala Kehir, Untitled, from the Along the Nile series

A sense of foreboding permeates Thabiso Sekgala’s images of the mining landscapes and community around the Marikana area of South Africa. Time rushes forward towards the tragedies that will soon unfold for the miners and in the photographer’s personal life. 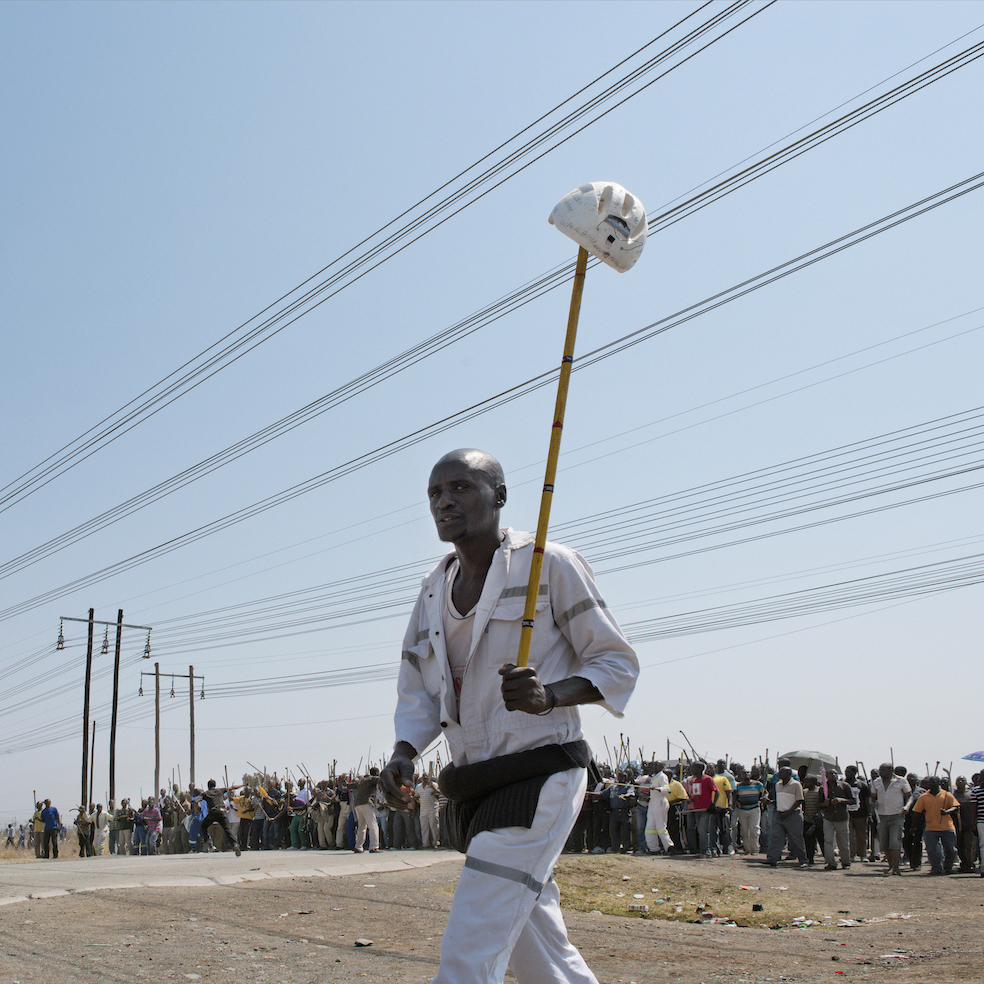 In his series A Life After Death, Congolese photographer George Senga invites us to contemplate an alternate version of history in which Patrice Lumumba is alive and living in a remote village as a school teacher. At once prosaic and filled with pathos, the series touches on the uncomfortable intertwining of history and nostalgia on the continent. 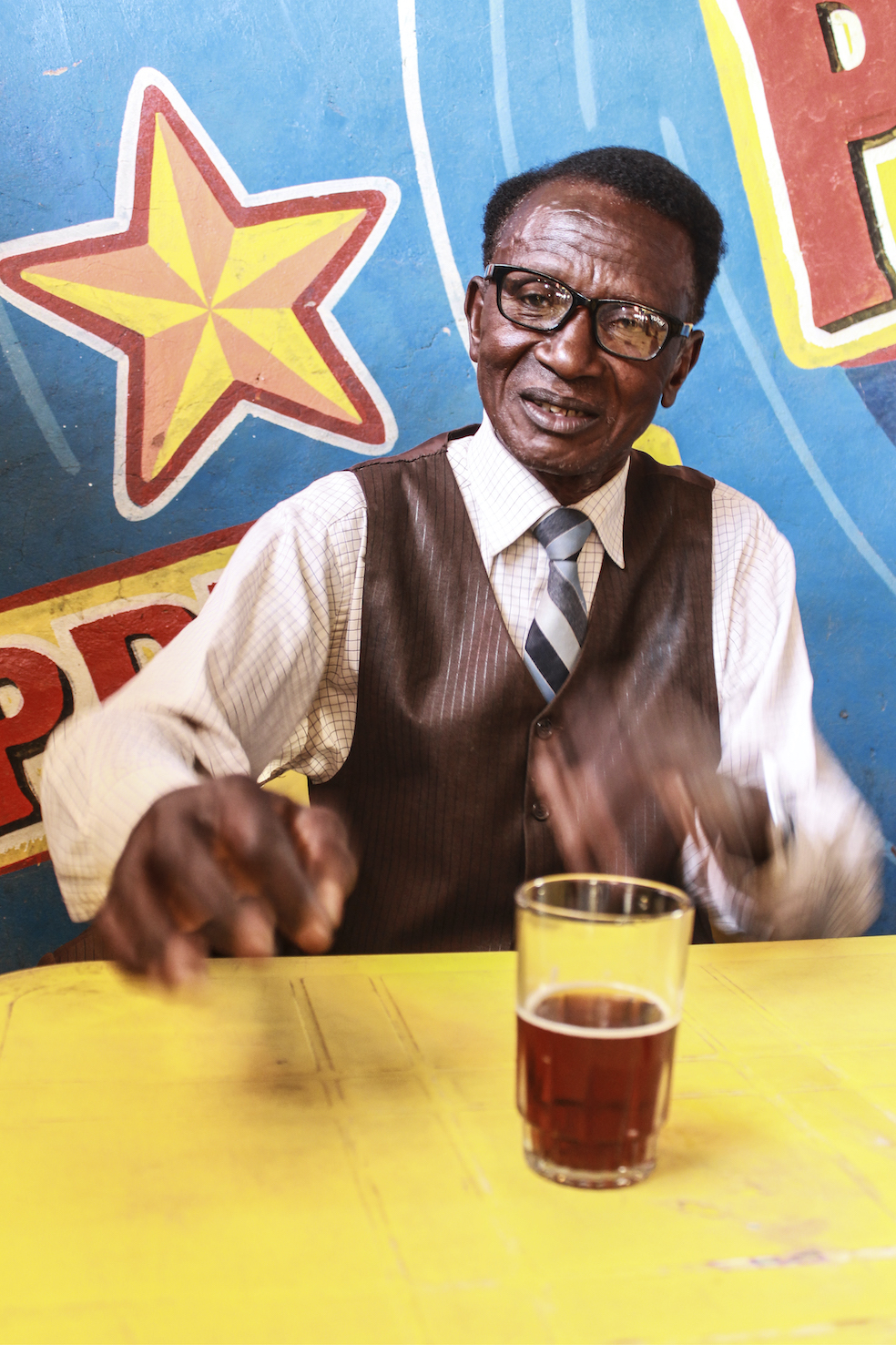 George Senga, A Life After Death

For South African photographer Lebohang Kganye, who embeds herself into old family photos, she is the ghost haunting her family archive. She writes that “while these images record history, it is only a history imagined. I will choose which part of the fantasy to take with me and claim as my story.” 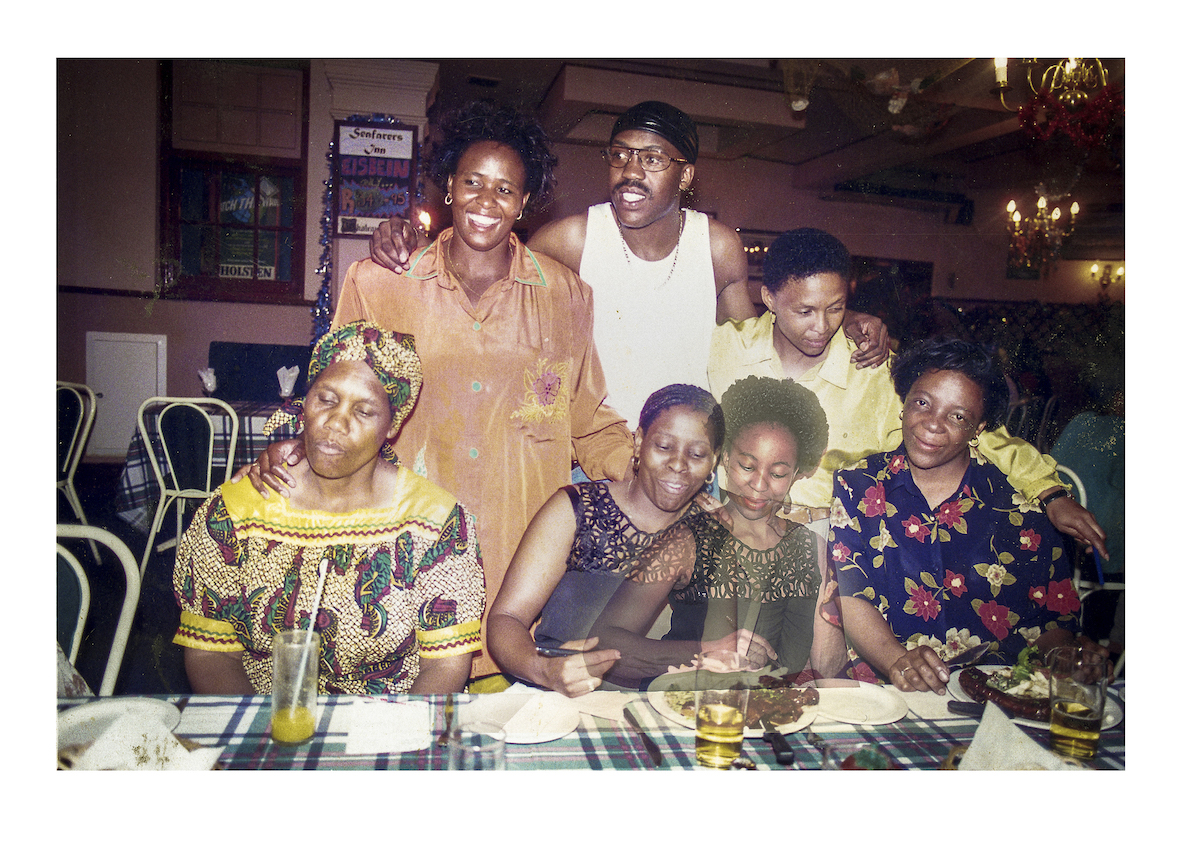 In the work of fellow South African Sabelo Mlangeni, the spirit of the divine animates the grainy black and white images of Zionist Church community members. Cara Snyman writes about his work that “the overexposed and blown-out top half of the image seems to speak to something that cannot fully be captured, or perhaps had to be erased.” 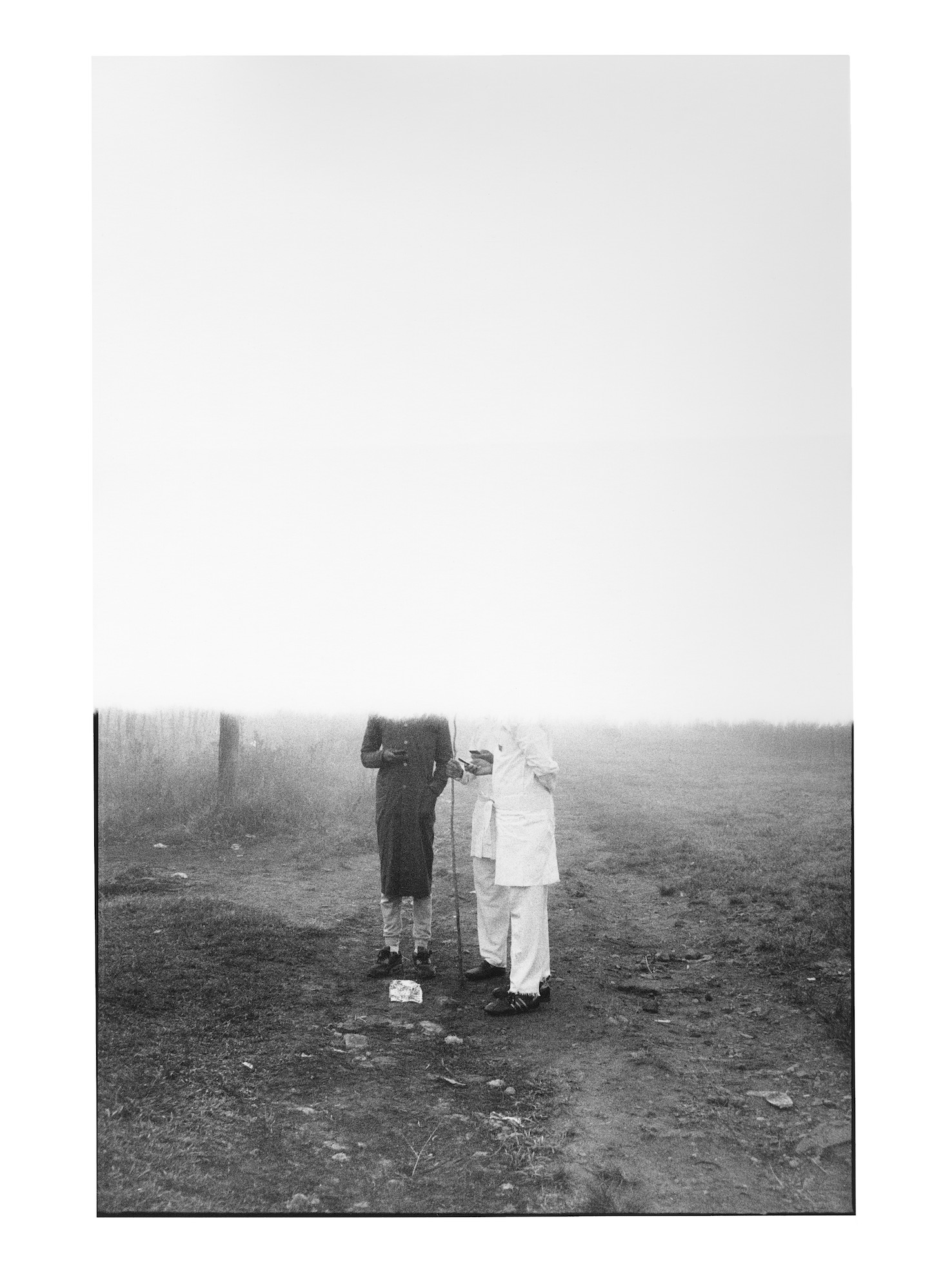 Sabelo Mlangeni,  In Time, A Morning After Umlindelo

The 17 portfolios of the Photographers' Masterclass alumni comprise roughly two thirds of The Journey; the remaining third is devoted to 13 essays written by the Masterclass mentors and other writers, each of which, the editors note, "grapples with a leitmotif relevant to thinking about photography in this particular historical moment". The essays traverse themes such as memory, fiction, home, knowledge, time and territory.

To read and page through The Journey as a physical art object is in itself an experience. The book has been thoughtfully designed by Ben Johnson and mixes different textures of paper, insets and fold-outs with careful consideration given to the presentation of the images themselves and the balance between text and image.

According to Njami and O'Toole, The Journey "... aims to be instructive [to] anyone interested in the great flourishing of photography across the African continent." In that it succeeds admirably, and delights as well. 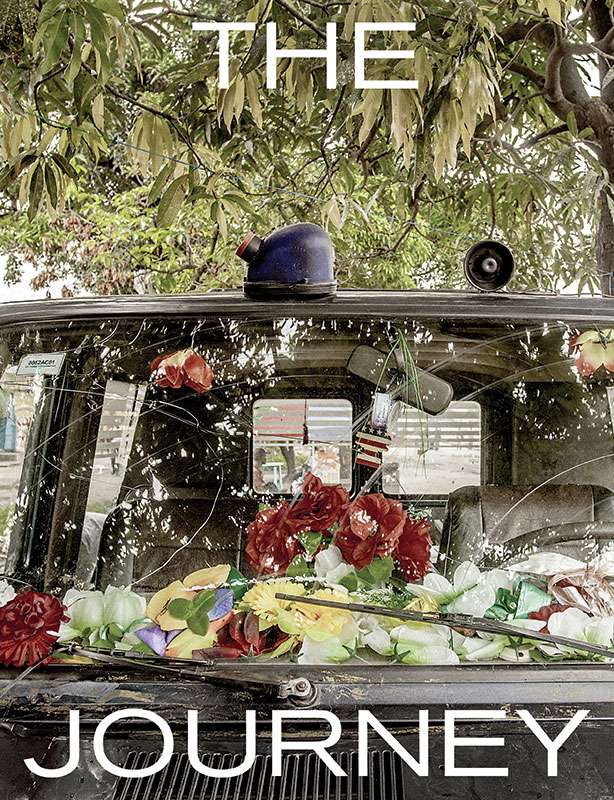