'Are There Any Left?’: A Sales Frenzy at London’s 1-54 Fair Reflects the Heated Demand for African Contemporary Art

The fair features 48 galleries showing work by more than 150 African and diaspora artists. 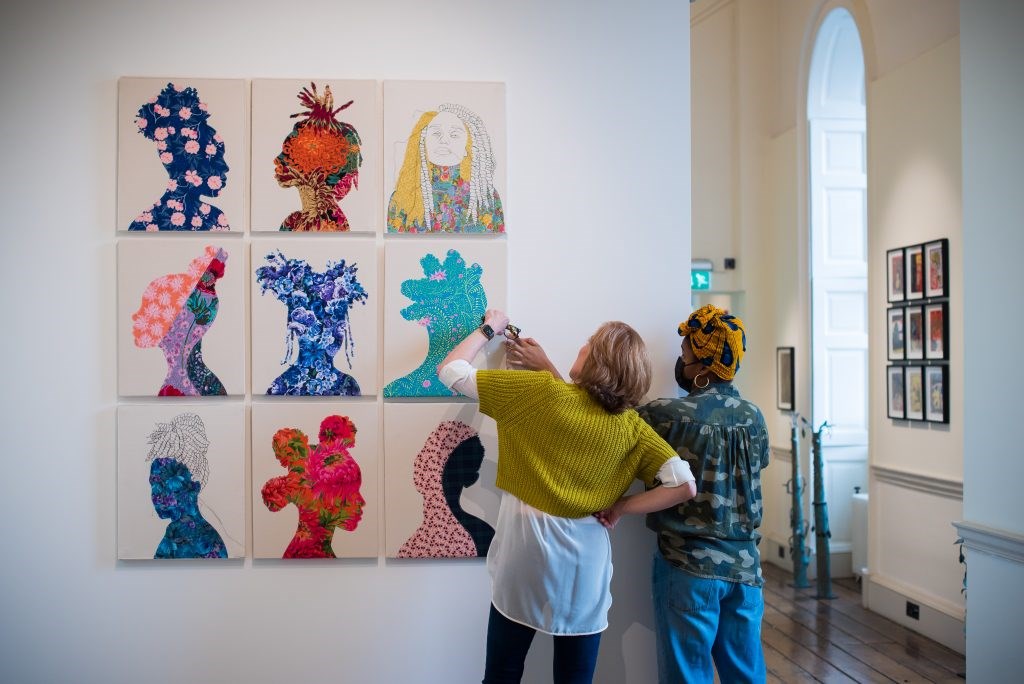 In 2020 1-54, the contemporary African art fair, was the only physical fair to take place in London—even then, it was reduced to a hybrid event with only 20 physical exhibitors, about half of its usual footprint. Against a backdrop of a rising international profile for art and artists working across the continent, the fair’s ninth U.K. edition opened today at Somerset House to a changed landscape on many fronts.

At the preview for press and VIPs, visitors came hungry for information on artists they did not yet know and eager to buy work by those that they did. As the day progressed, fairgoers stayed on, sunning themselves on and around the courtyard commission by the London-based artist Lakwena Maciver. Little did they know that half of the sculptures—from the series I’ll Bring You Flowers, 2021—had already been sold, for £20,000 ($27,400) each by Vigo Gallery.

As the afternoon progressed and the aisles became packed, Dutch gallery Nuweland—a first-time participant—sold out of sculpture by recent art-school graduate Ben Orkin, with one collector running in, shouting, ‘Are there any left?’ before snapping up the last one available. 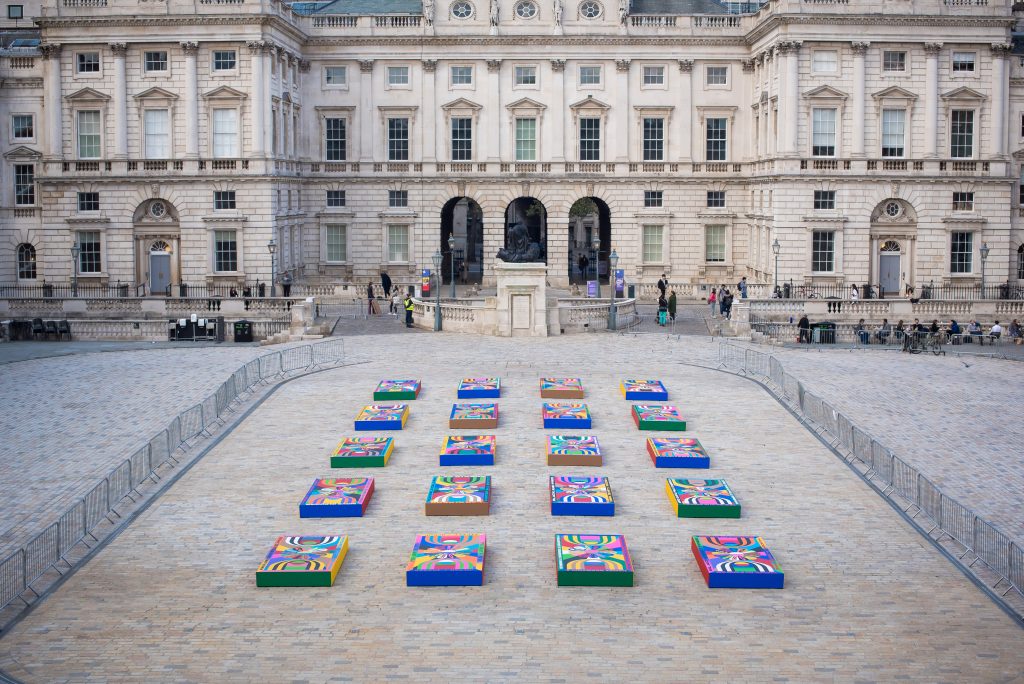 In a noticeable shift, the past years’ focus on figuration is giving way to more abstract works and those employing yarn and fabric—as well as ceramics, in keeping with a trend across the London fairs. The talked-about standouts include Eddy Kamuanga Ilunga at October Gallery, Nabil El Makhloufi’s dark and beautiful paintings at Nil Gallery, and paintings by Zanele Muholi—mostly known for her photography and film—who had her first survey at Tate Modern in 2020, shown by Galerie Carole Kvasnevski of Paris. 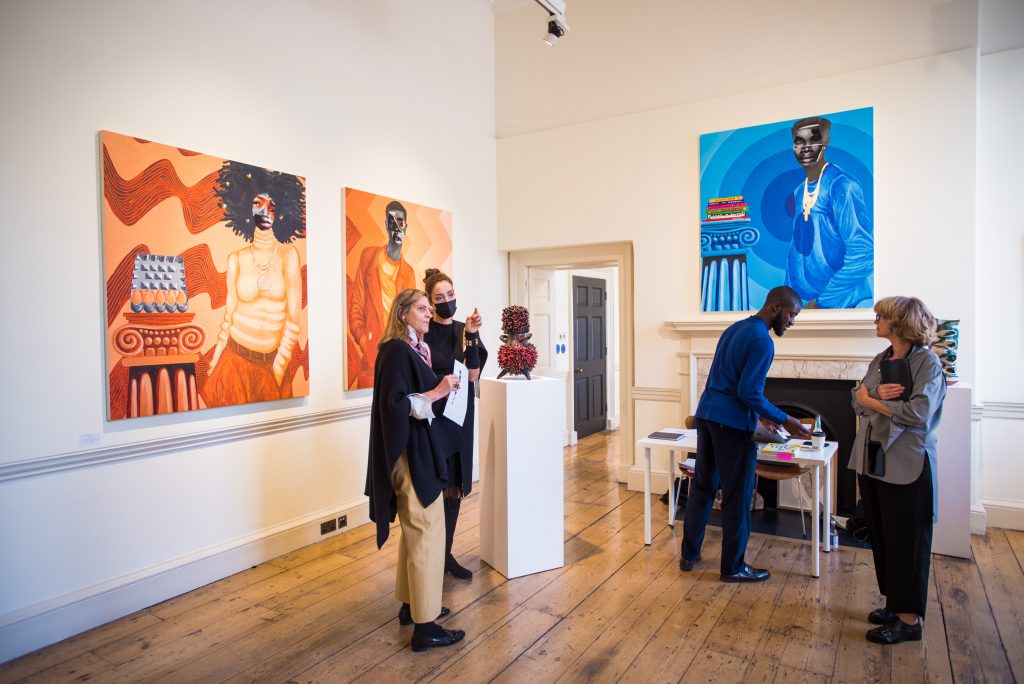 Accra’s kingmaker—Gallery 1957, which represents Ghanian breakout star Amoako Boafo—reported sales of “many works” between £3,500 and £20,000 ($4,800–$27,400) at its booth, which features works by Serge Attukwei Clottey, Godfried Donkor, and Arthur Timothy. From the Ethiopian capital, Addis Fine Art placed all of its works on paper by recent Saatchi Yates star Tesfaye Urgessa for £10,000 ($13,687) apiece, while DADA Gallery, of Lagos, sold three fabric works by Bunmi Agusto priced at £8,000 ($10,949) each. Even smaller outlets with less well-known names who had yet to close a sale were optimistic and upbeat heading into the weekend. 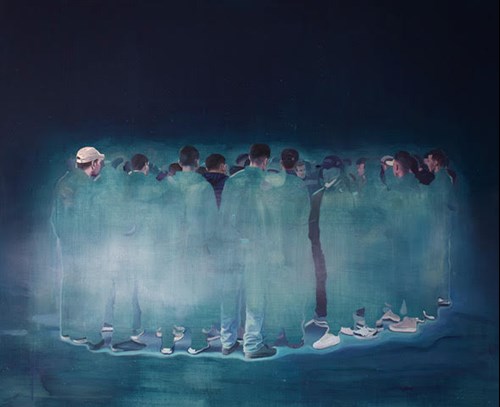 Notably, these deals were made within the first few hours of the preview, perhaps reflecting an altered schedule (a day later, rather than coinciding with, Frieze’s vernissage) or the global socio-political shift of the past 18 months. Certainly, interest in contemporary African art has soared; in the past year, Amoako Boafo has collaborated with Kim Jones of Dior, and other artists  have been picked up by blue-chip galleries; for example, Otis Kwame Kye Quaicoe joining Almine Rech.

“I think there’s definitely been a moment after the Black Lives Matter movement, and we’re still seeing the benefit of people’s attention and awareness of artists coming from Africa, the African diaspora,” Galoui said. “We have also seen this week this engagement with artists from Africa or the diaspora, with a lot of the main London galleries showcasing some unbelievable work.” 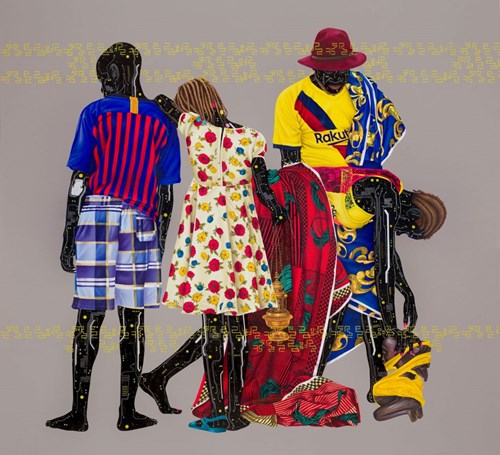 However, even after eight years and the launch of companion fairs in New York and Marrakesh, El Glaoui was reluctant to take full credit for bringing the world’s attention to the continent’s rich and varied creative output. “I’m hoping that it’s a constant evolution,” she says. “I’m hoping that we are going to see this engagement and integration continue in the long term. But we know that the art world is very trendy—they love new things, and they love being in the right moment at the right time—so I hope that at least 1-54 will be able to be that place in the platform. We are having an amazing moment.”

This article was originally published on Artnet.