1
In the final scene of the last essay in my latest book, Strange Cargo, I am walking down the spiral staircase of Zeitz MOCAA after a 3hr interview on the 6th floor with the abstract painter, Jennifer Morrison. Plunging echoingly downward, Morrison reaffirmed her disinterest ‘in content, in narrative’, confided her wariness that art should be ‘about this-this-this’, then, exiting the museum to go on our separate ways, in the flush of a momentary embrace, her body a-swivel, she delivered her final speculation – that South African art, in its present guise, could be considered as ‘a substitute for looking’. 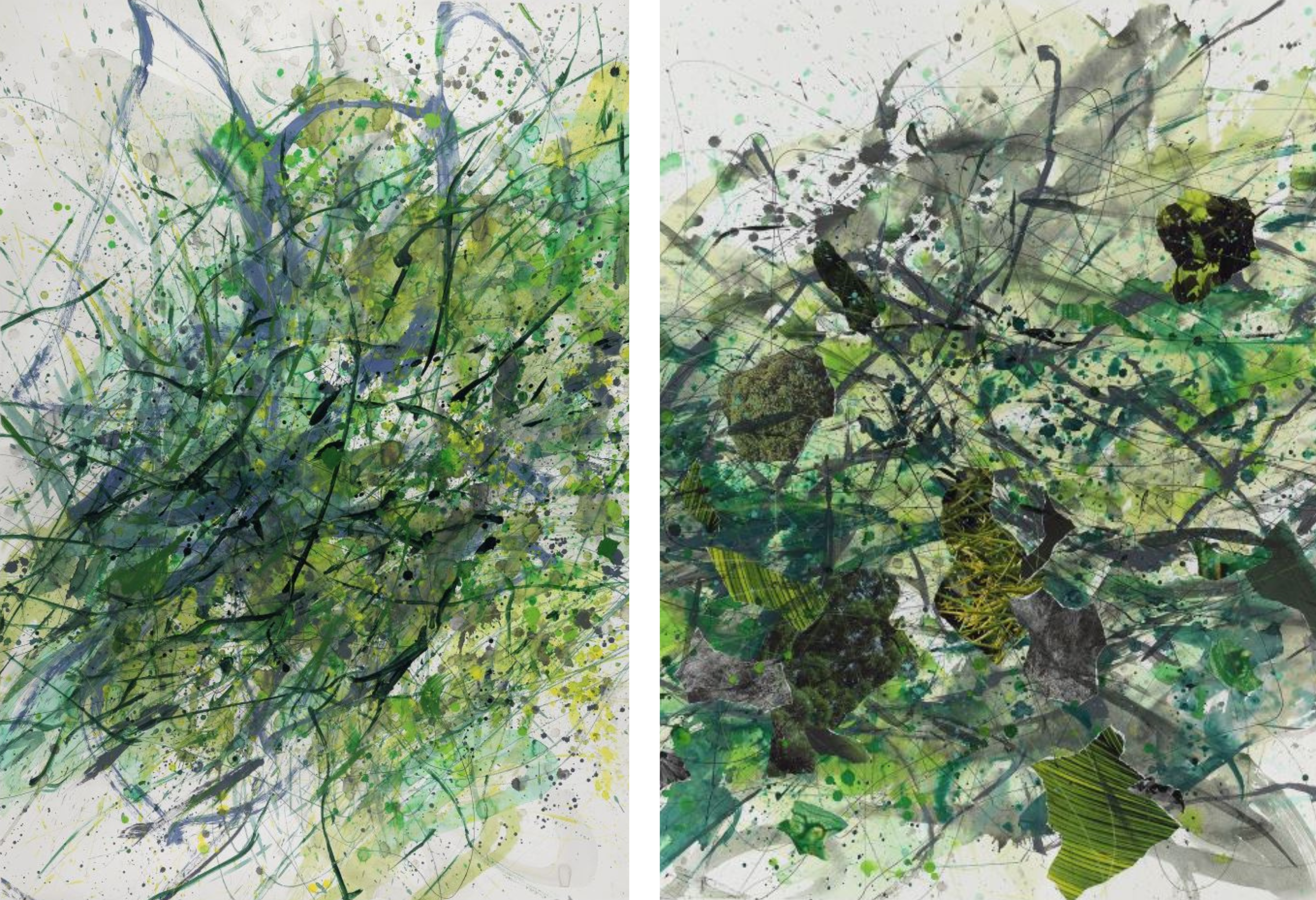 2
In February, in Cape Town, I stood in front of a work by Alexandra Karakashian – an oil slick on raw canvas – and breathed a deep sigh, part exhaustion, part relief. I had just finished writing Strange Cargo, and, in my exhausted state, felt transfigured by Karakashian’s art. There was nothing there to see, align oneself with, no world picture, no picture of the world. The reused oil on raw canvas had soaked, seeped, a blot, a stain, thinning along the outer rim, thickening in its hinterland – its central void-like density. The timing of this encounter was crucial. The relief I experienced in the face of seeming nothingness was the result of over two years of writing-writing, striving to understand the many moving parts in South African art. Visiting SMAC gallery, stumbling upon Karakashian’s paintings – their forming formlessness – I realised that the final essay in my book on Jennifer Morrison was in fact the beginning of a very different journey into abstraction. In this vital regard, Alexandra Karakashian’s oil slick on raw canvas proved seminal. 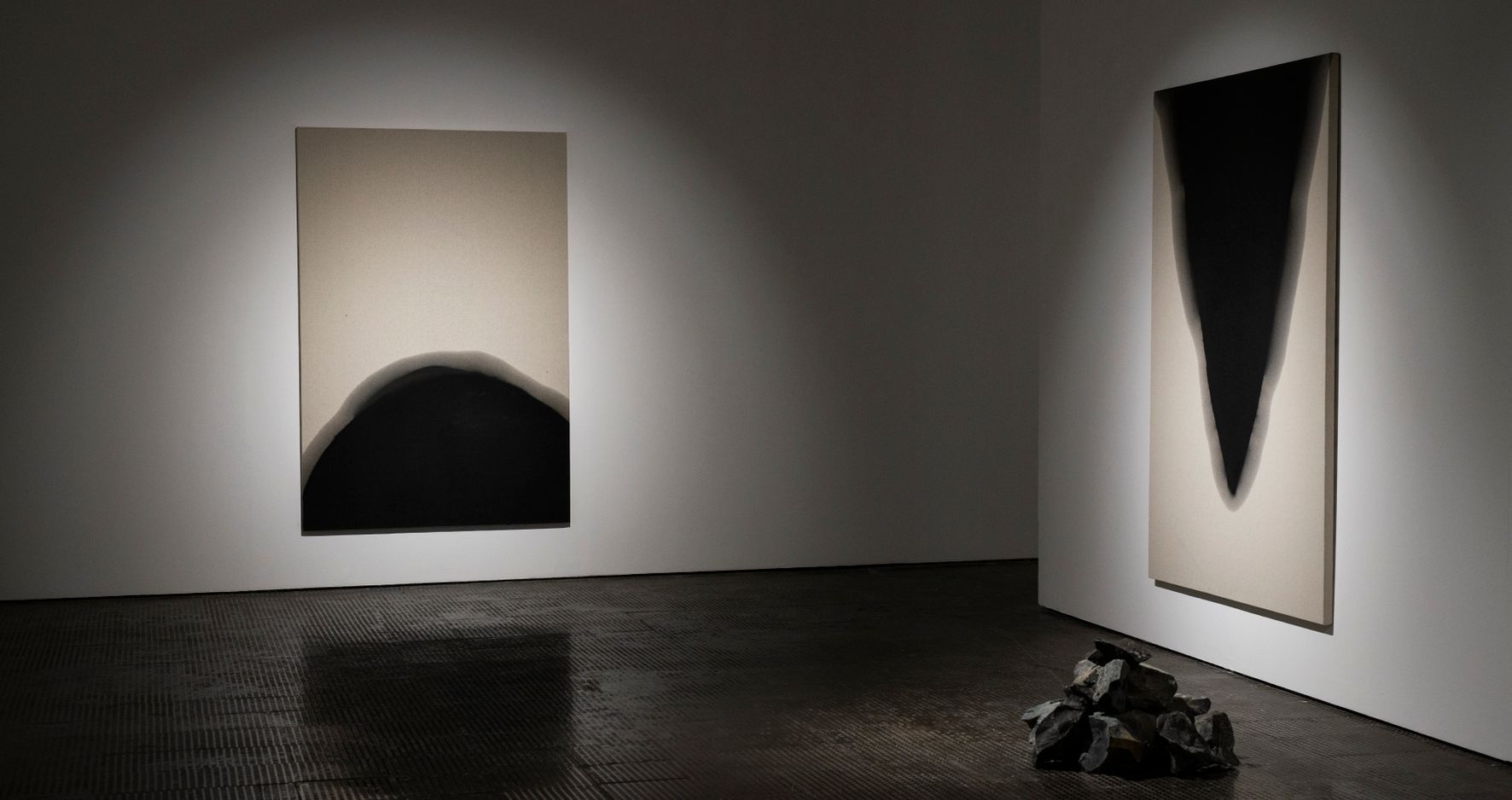 3
In search of art that was not ‘a substitute for looking’, I next encountered Jared Ginsburg’s continuous painting, on three massive rectangular canvases on three walls, at a gallery tellingly named Blank. Like the namesake that housed the work by Ginsburg – a charcoal scrawl, again on raw canvas – the drawing, resembling the absurdly elongated form of a male swimmer, appeared to be less about the figure as a concentrated embodiment than it was about ‘taking a line for a walk’ – an ambulatory doodle. The origin for this phrase is Paul Klee, one of the pioneers of European abstraction, which includes Mondrian, Maleivich, Kandinksky, and now, Hilma af Klint, latterly discovered in the 1980s, long after her death, and, finally, universally regarded as the motherboard of Western Abstraction, her first abstract painting in 1906 predating the works of her male counterparts. But, to return to Jared Ginsburg, what proved impossible to ignore was the fact that abstraction and figuration were not mutually exclusive – that the figure, as form and line, was as equivocal, as elusive. We are vibratory and atomic after all. 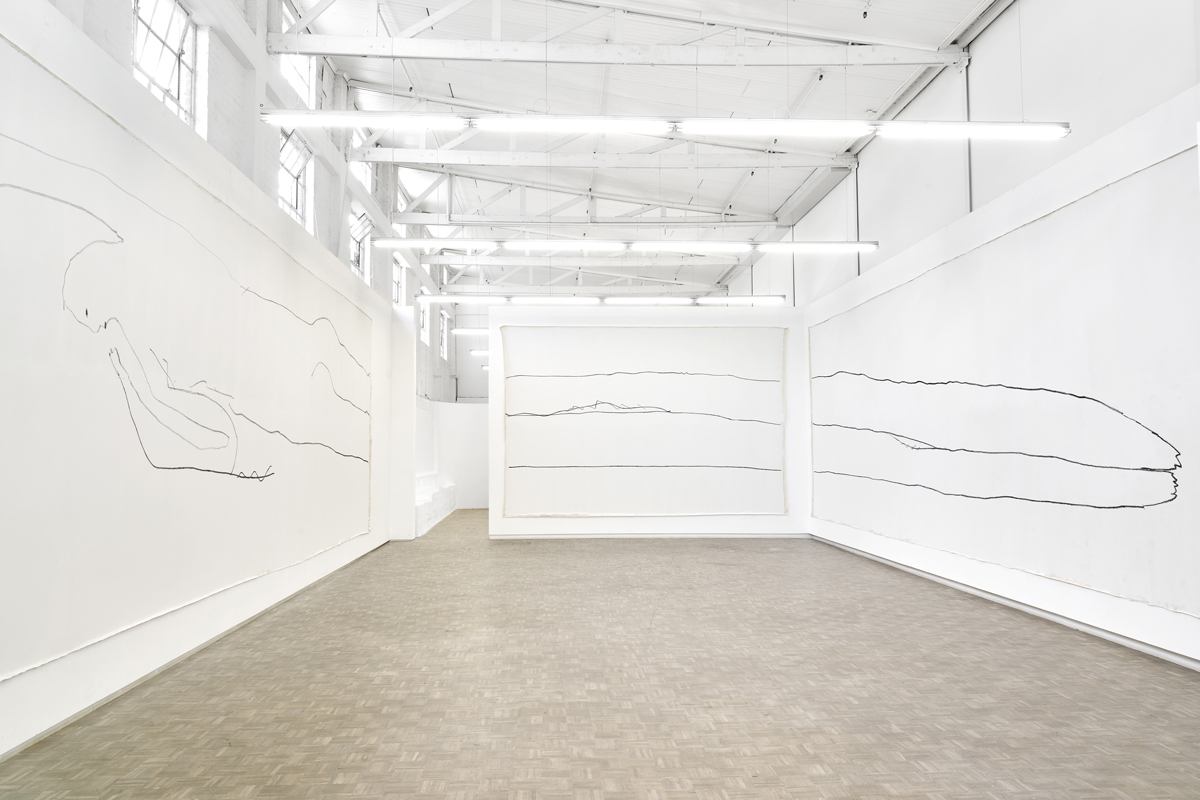 Jared Ginsburg, This is all I have for you, 2021, Oil stick and alkyd paint on canvas, dimensions variable, courtesy: Blank Projects

4
Everything provokes interpretation, our minds are compelled to make sense – despite David Byrne’s directive, to Stop Making Sense. If this is the case, one need not enshrine representation – similitude, mimesis – as the only framework for perception and insight. Abstraction – the refusal to bend to a narrative directive – is also a pathway to a more subterranean, or cosmological understanding of being. In this regard, it is unsurprising that psychoanalysis and abstraction should emerge simultaneously in the West. As for African abstraction? Is it in fact possible, or apt, to consider abstraction dichotomously – African/European, South/North? In a material and historical sense one can, in so far as Europe, in the guise of its ‘civilising mission’, has constructed Africa as beyond the pale, outside the laager of Reason, as barbaric, violent, irrational. This, however, is merely denialistic projection, because these negative tropes are also the basis of European Modernism. The Other is an intimate dimension of the Self. The South infiltrates the North, and vice versa. Which is why Nietzsche described himself as ‘hyperborean’, a lover of the South who comes from the North. 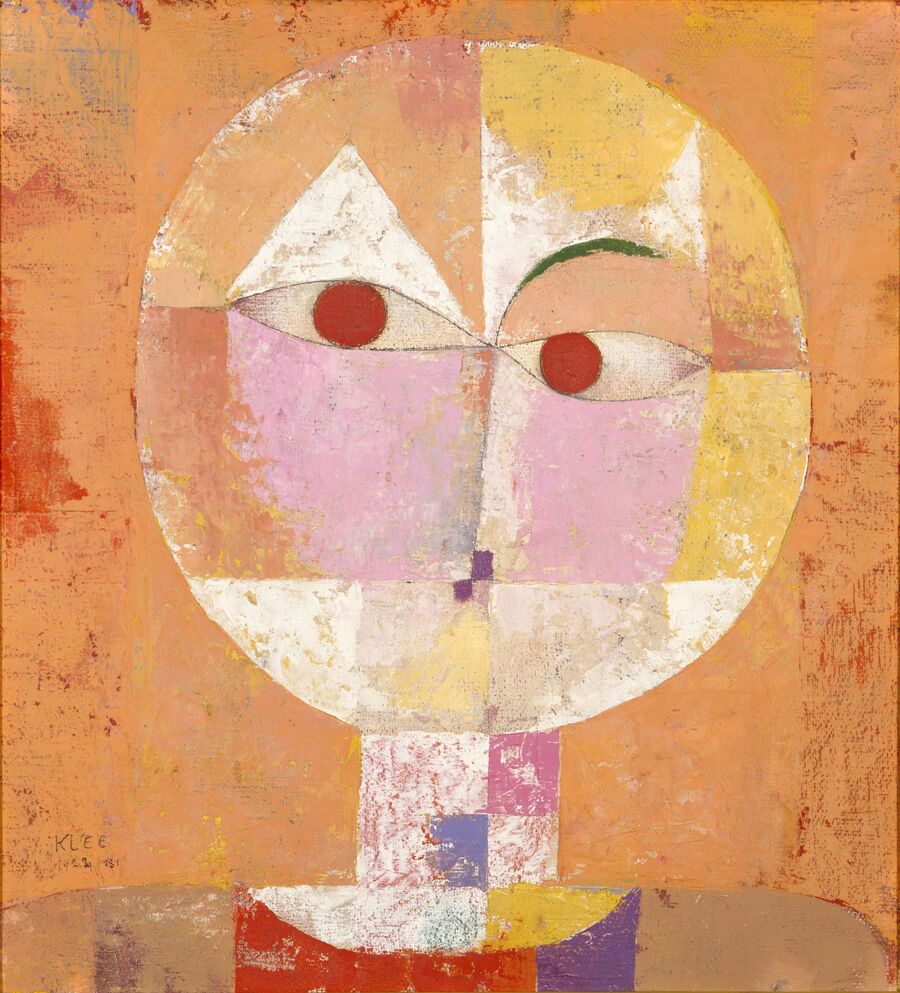 5
For five months in Johannesburg I worked with Samson Mnisi, the South African artist who died the day after the opening of his show at Keyes Art Mile. There were 38 paintings. Three more were created live on the night of the opening. To describe his paintings, as I have, as ‘the spiritual grail of African Abstraction’, may seem opportunistic, then again, definitions usually are – they frame an objective. In the case of Mnisi, the rationale, in my view, has a purchase, in so far as his access into painting was undoubtedly the spirit world. But then, the same can be said for all the first European abstract painters, Hilma af Klint et al – they were all theosophists, or mystics. Abstraction supposes this in-road. However, what might make Mnisi’s paintings peculiarly his own is their iconography, the signs he took for wonders, which included halved circles and arrowing and gaping V’s. Geometric and spatial, they are not, however, peculiarly African, but universal. Which supposes that Abstraction refuses geopolitical boundaries, whether national, continental, or global.

6
In August, after a visit to see the paintings of Hilma af Klint at the Museum of Modern Art in Stockholm, I went on a whistle-stop tour of seven galleries with the Director of the Supermarket Art Fair, Andreas Ribbung.  Whether as free-standing sculptures, relief works, or paintings, in every idiom abstraction dominated, though in one key difference, abstraction and figuration converged. The trend persisted in Paris, which is swiftly recovering its global centrality as the hub of world art, though it can as easily be declared that centres no longer exist. Everywhere, it seems, abstraction is the resurgent signifier. How so? Because we are tired of being told what to see and value? Because ours is a world riven by identity politics, split by extremism on the Left and Right, consumed by the spectre of fascism – by Absolutes. Is this why, now, we find ourselves returning to an infinite openness of sense and meaning? Because, psychically, after T.S. Eliot, ‘humankind cannot bear very much reality’? 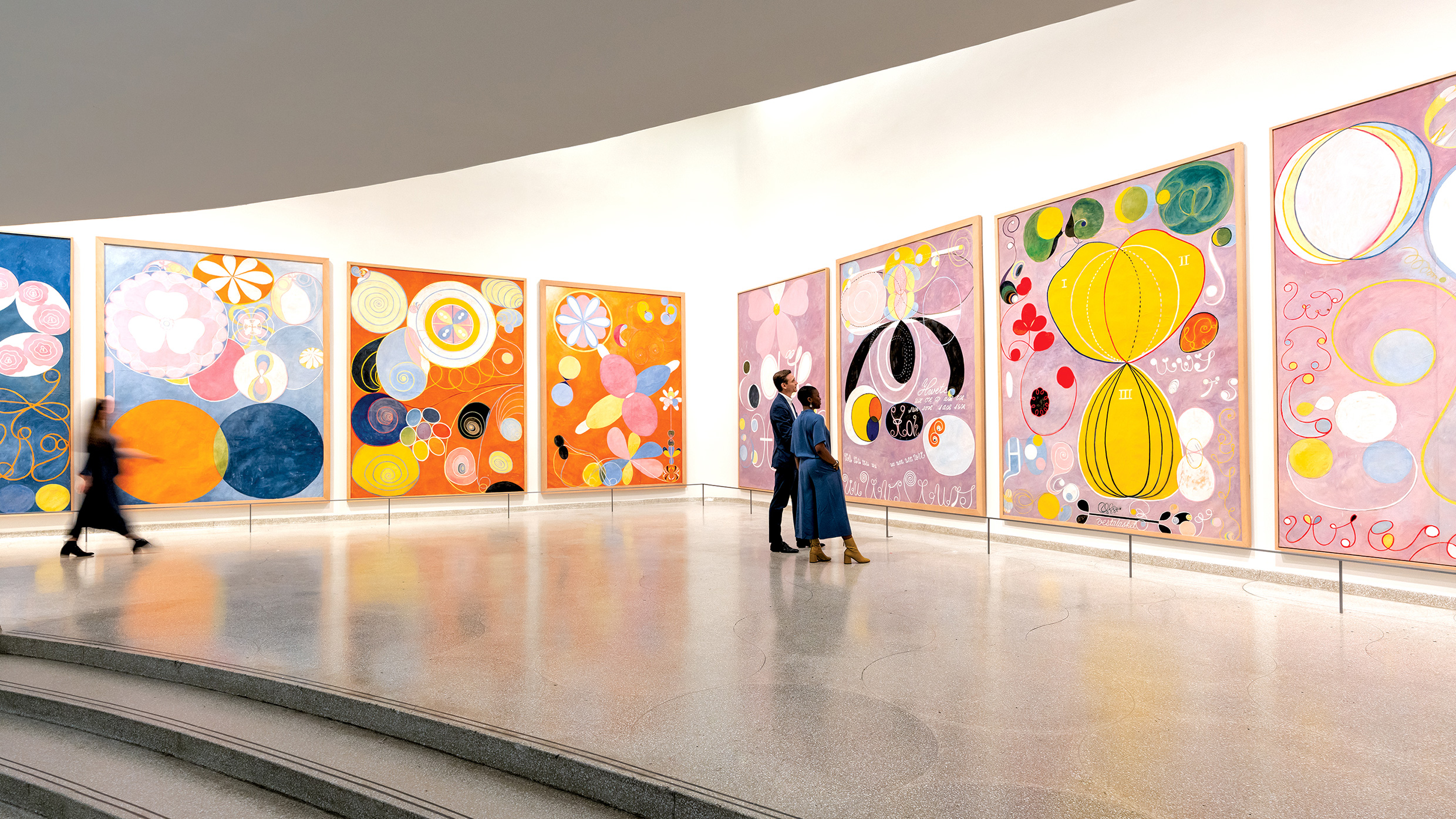 7
It is this complex and spectrum which accounts for the vastly different expressions of abstraction today. The very need for it - for worlds impenetrable yet intuitively graspable, whether dark or light, psychological or transcendental - accounts for the current irresistibility of abstraction. No other artform better illuminates the ravages and hope of our current clime.