This week, African Artists’ Foundation is launching an exciting group exhibition titled Liminality in Infinite Space. This exhibition spotlights 23 artists that form part of the new vanguard in the field of contemporary African figuration. In an age where the various media available to artists are vast and undefined, this exhibition arches back to more traditional art-making practices including painting, collage, tapestry and woodcuts. It is through these materials that the artists transmit their individual perspectives. 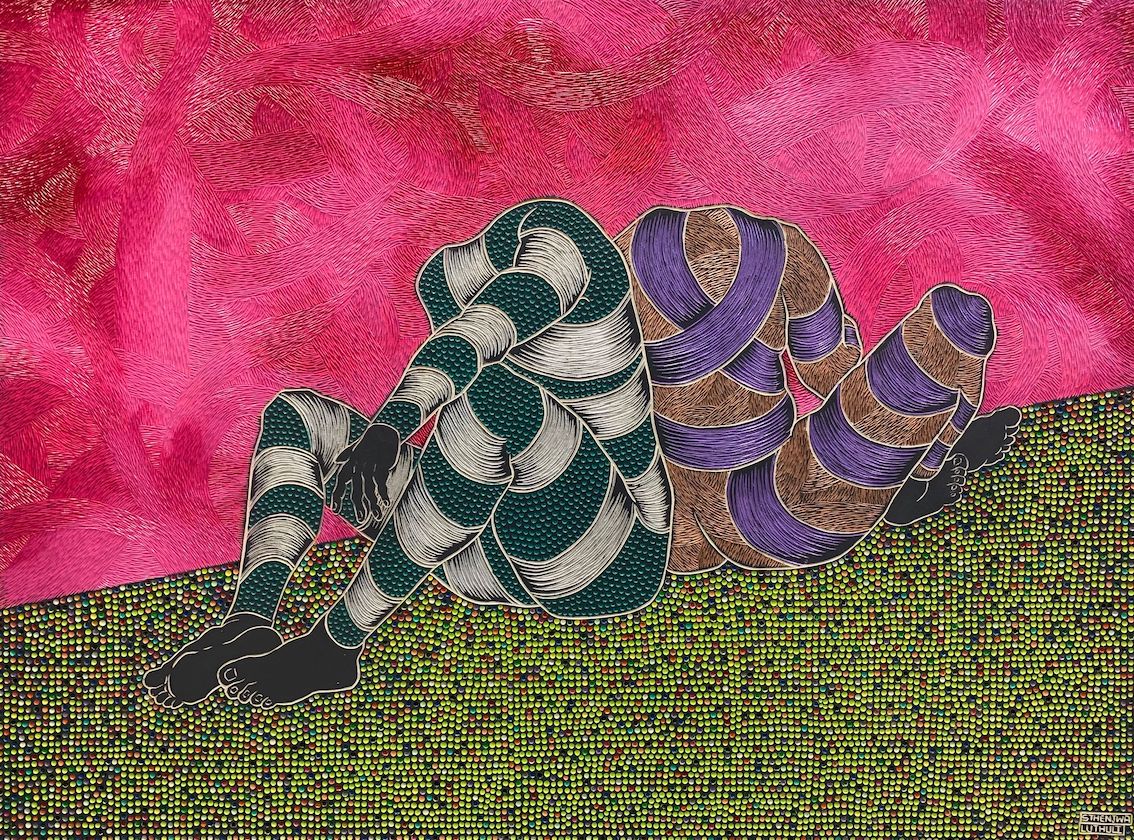 The exhibition surveys the current moment in African figurative painting and negotiates a space for the movement in contemporary visual culture. The exhibition also postulates as to the future of the genre. The artists remediate their messaging and mould them into a form that is inviting, seductive even, but loaded in meaning. Social media has enabled and ennobled a new generation of artists and we must pay attention.

Black portraiture has often tended towards fanciful depictions that have little semblance to the real lived experiences of Black and Brown bodies, from the African continent and beyond.

Liminality in Infinite Space attempts to fill in the gaps and chart a new course for African visual history. The new imaginings presented moves away from narratives which alienate normative Black existence, and rather mediates an unconstrained existence. 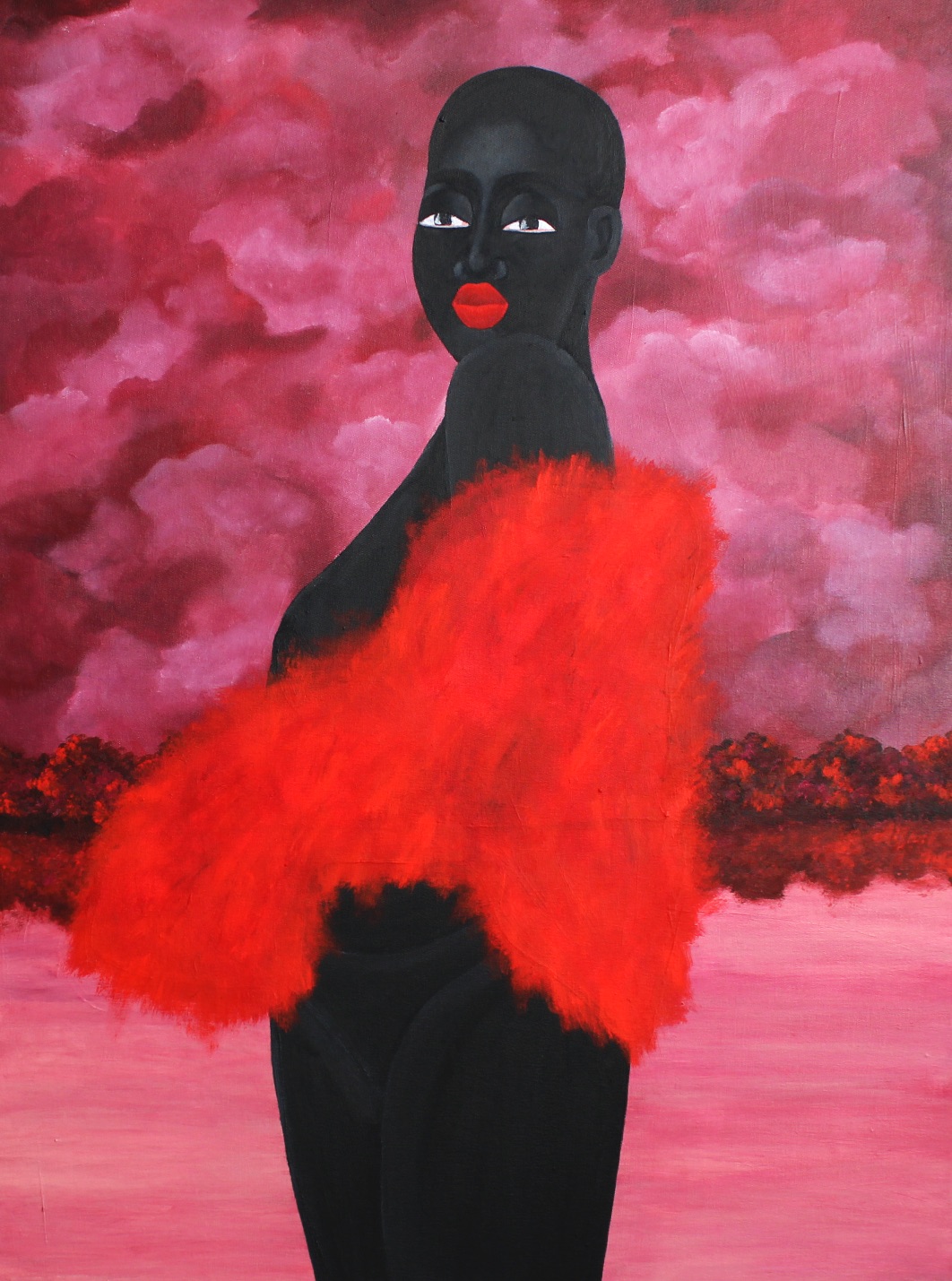 This Lagos-based exhibition captures the spirit of contemporary African figuration, but is by no means exhaustive. The aim is to invite these voices into a shared space so it may encourage critical engagement and discourse. While these conversations about black bodies are happening on a global stage, it is crucial for these ideas to be articulated and incubated on the African continent. This homecoming of ideas is an important step towards legitimising the contribution of African artists to figuration. This exhibition forms part of the African Artists’ Foundation’s long-term aim to highlight voices that have been unrepresented in the historical canon. Liminality in Infinite Space promotes the radical idea that African art does not have to ruminate on existentialist struggle to achieve acclaim.

Liminality in Infinite Space elevates the everyday experiences of Black and Brown peoples, and challenges hyper visibility of survivalist existence that dominates mainstream media. The art on view unveils many facets of Black existence that encompasses a full range of human emotion from solitude to play. The artistic approaches deployed here veer away from fetishised representations of blackness that enforce damaging tropes. It is Blackness without burden. 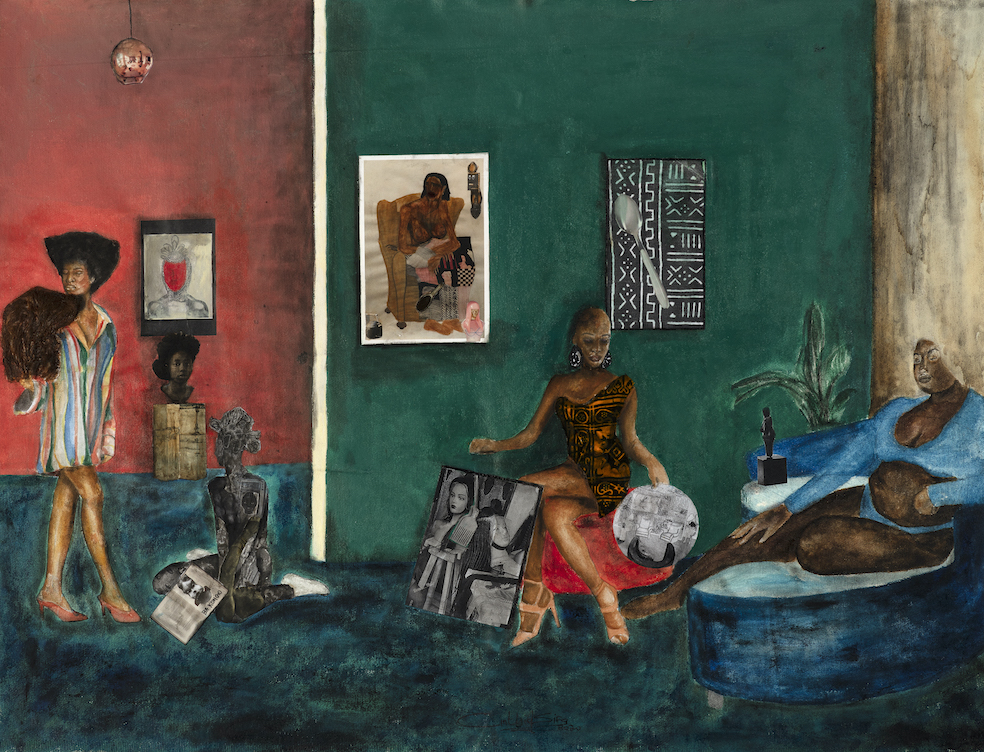 Liminality in Infinite Space highlights the works of:

This physical meeting of these artistic creations generates a space for the everyday slices of life that occur between the extremes of living a black body, in a world that does not always respect that body. This exhibition intentionally moves away from exaggerated depictions of Blackness towards sharing moments of vulnerability and unostentatious joy.

Liminality in Infinite Space is curated by Azu Nwagbogu, co-curated by Princess Ayoola and Jana Terblanche. It opened on Saturday, 28th of November, 2020. Latitudes collaborated with the curators to include the works of Cinthia Sifa Mulanga in the show.