On Saturday  8th of October 2022 (12:30) the exhibition by the collaborative duo ‘Preempt Group’ titled Buffer Zones will open at the Javett Art Centre at the University of Pretoria (Javett-UP). Buffer Zones is a culmination of research based investigations conducted by the duo as part of their reception of the  2021/22 Visionary Award administered by Javett-UP in collaboration with the Tim Hetherington Trust. The exhibition opening will be activated by an introductory sonic interpretation performed by artist Anelisa Stuurman, known by her stage name Annalyzer. The day will end with a music set that will be delivered by DJ Nodiggity.

Facilitated by artists Mbali Dhlamini and Phumulani Ntuli, the Preemt Group engages with historical cultural archives by engaging with innovative digital formats to bring cultural objects closer to investigations about their future potentials. The title Buffer Zones borrows from a newly created film-based experience which investigates the fabric of the landscape around Mapungubwe as a site that offers multidirectional signposts of an ecosystem in which human and non-human species cross paths. This very landscape has witnessed the rise and fall of an empire revealed by intergenerational stories, the illegal and colonial settlement during the goldrush, the great depression and several violent conflicts.

Buffer Zones is staged as a ‘break’ situated adjacent to the entrance to the gold tower housing the display of the National Treasures: The Mapungubwe Gold Collection on long term loan from the University of Pretoria to Javett-UP.  This adjacency makes Buffer Zones visible as a critical intervention that renders the frame of a past whose legibility is not given but has to be reconstructed from the archive.  “We are not looking directly at the artefacts but rather focusing on what’s not possible to take ‘away,’ what couldn’t be archivable” says the duo. “The hill, for example, cannot be moved yet it has a strong archival presence.”

The Visionary Award is an annual art award aimed to discover, nurture and support creative outputs with a specific focus on the digital mediums of film and photography. It is an award initiated  by the Tim Hetherington Trust to commemorate the memory of British photojournalist Tim Hetherington. The Visionary Award is designed to foster innovative approaches to visual storytelling by incubating visionary individuals and offering inspiration to others. 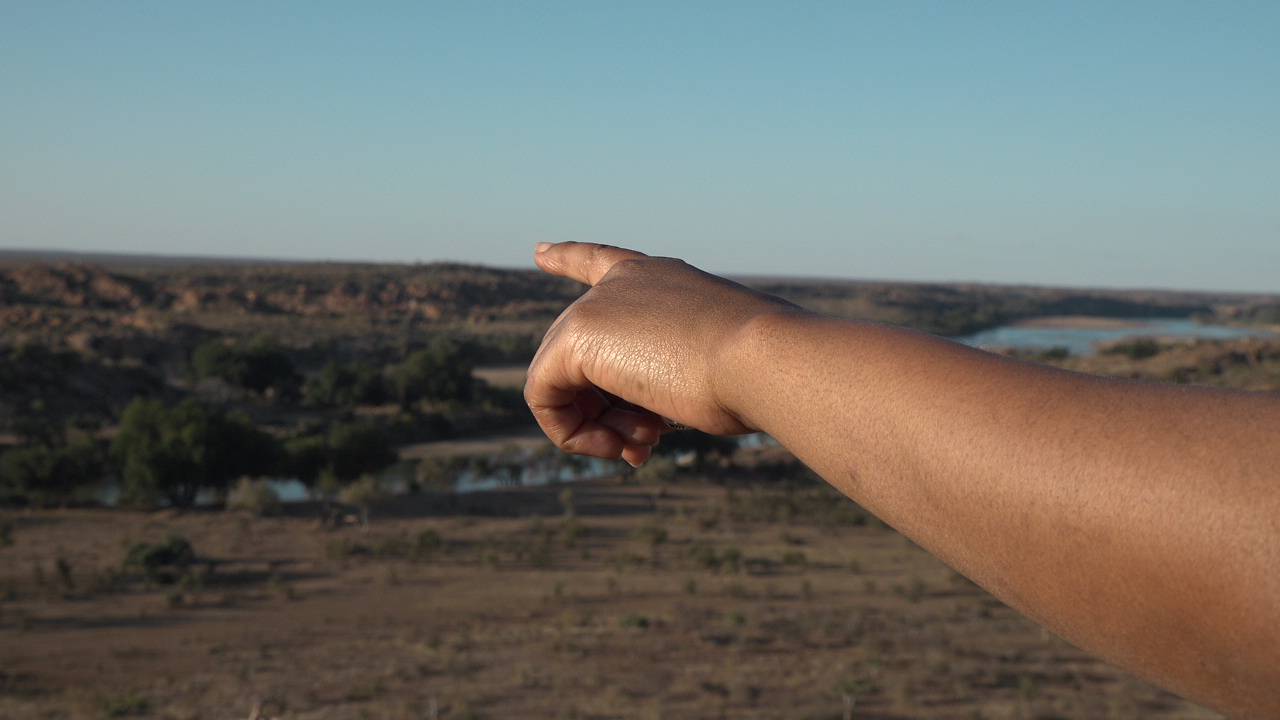 The jury comprised of Azu Nwagbogu, Founder and Director of African Artists’ Foundation (AAF), Lagos, Candice Jansen, Research Associate at the Visual Identities in Art & Design Research Centre at the University of Johannesburg, Jean- -Sylvain Tshilumba Mukendi, project coordinator and fundraiser at Picha (Lubumbashi) and Mmutle Arthur Kgokong, who works for the City of Tshwane as a Cultural Officer at the Pretoria Art Museum where he is responsible for the Education and Development Programme.

About the Javett Art Centre at the University of Pretoria

The Javett-UP is a partnership between the University of Pretoria and the Javett Foundation. Both share a firm belief in the emancipatory potential of the arts in society through multidisciplinary curatorial and pedagogic initiatives. With one foot firmly rooted in academia, and the other imbedded in the public, Javett-UP critically responds to histories of Africa’s creative outputs and future aspirations of the continent and the diaspora.

Central to Javett-UP is our commitment to continuous de-colonial dialogues that respond to the present whilst considering the historical and the future implications of our political and social actions. Javett-UP is committed to sustained critical enquiries where activities of writers, researchers, advocacy groups, historians, political scientists, musicians, etc can intersect.