Artist Paul Emmanuel's latest project, Rising-falling, launched on 15 June 2021. The artist publicly projected his existing video work, Remember-dismember (2015), onto the pedestal of an equestrian monument to General Louis Botha, at the Union Buildings in Pretoria.

The bold work prompts us to question the status and symbolism of a monument like this in contemporary South Africa, and by association, the prominence of other equestrian monuments to colonial war heroes throughout the previously colonised world.

"Rising-falling extends my interest in how a society remembers its history and how changes in this memory can result in a dismembering of identity. This monument, created by South African sculptor Coert Steynberg and unveiled in 1946, consists of an equestrian statue of Louis Botha. Botha was a Boer war hero during the South African War (between Boer and British). He became the first prime minister of the Union of South Africa (a British Dominion) during WWI, sent troops to annex German South West Africa (now Namibia), and was a co-signatory of the Treaty of Versailles. What makes the valourisation of his image important in my work is that he was prime minister at a time when black WWI soldiers (fighting alongside Britain in order to gain its support to overturn the 1913 Land Act), were not allowed to carry weapons and were denied recognition or valourisation of any sort for their efforts in the war. The monument currently occupies centre stage in the gardens at the Union Buildings in Pretoria, South Africa. The Union Buildings are the seat of political and administrative power in the country.

I believe that Rising-falling is an anti-monument that both disrupts narratives and temporarily intervenes in the experiences of visitors to this site. It presents a different view of masculinity, race and power by directly engaging the way texts and narratives have been imprinted on the landscape."

Artwork above: Photograph of a video work, titled Remember-dismember (2015), projected onto the pedestal of an equestrian monument to General Louis Botha, at the Union Buildings in Pretoria 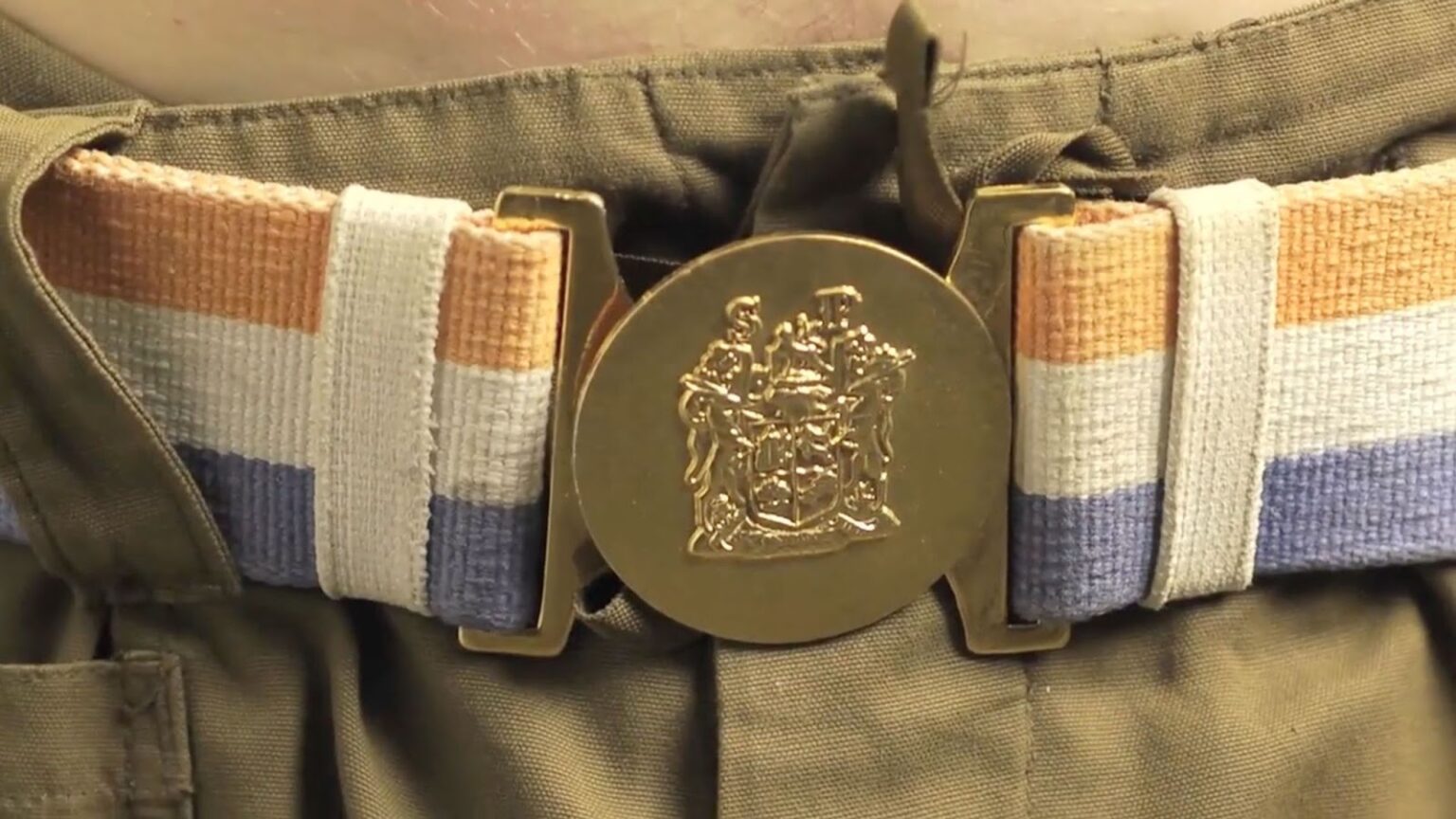 Remember-dismember (2015) from Paul Emmanuel on Vimeo. 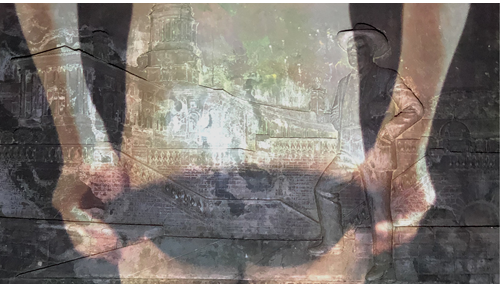 Photograph of a video work, titled Remember-dismember (2015), projected onto the pedestal of an equestrian monument to General Louis Botha, at the Union Buildings in Pretoria 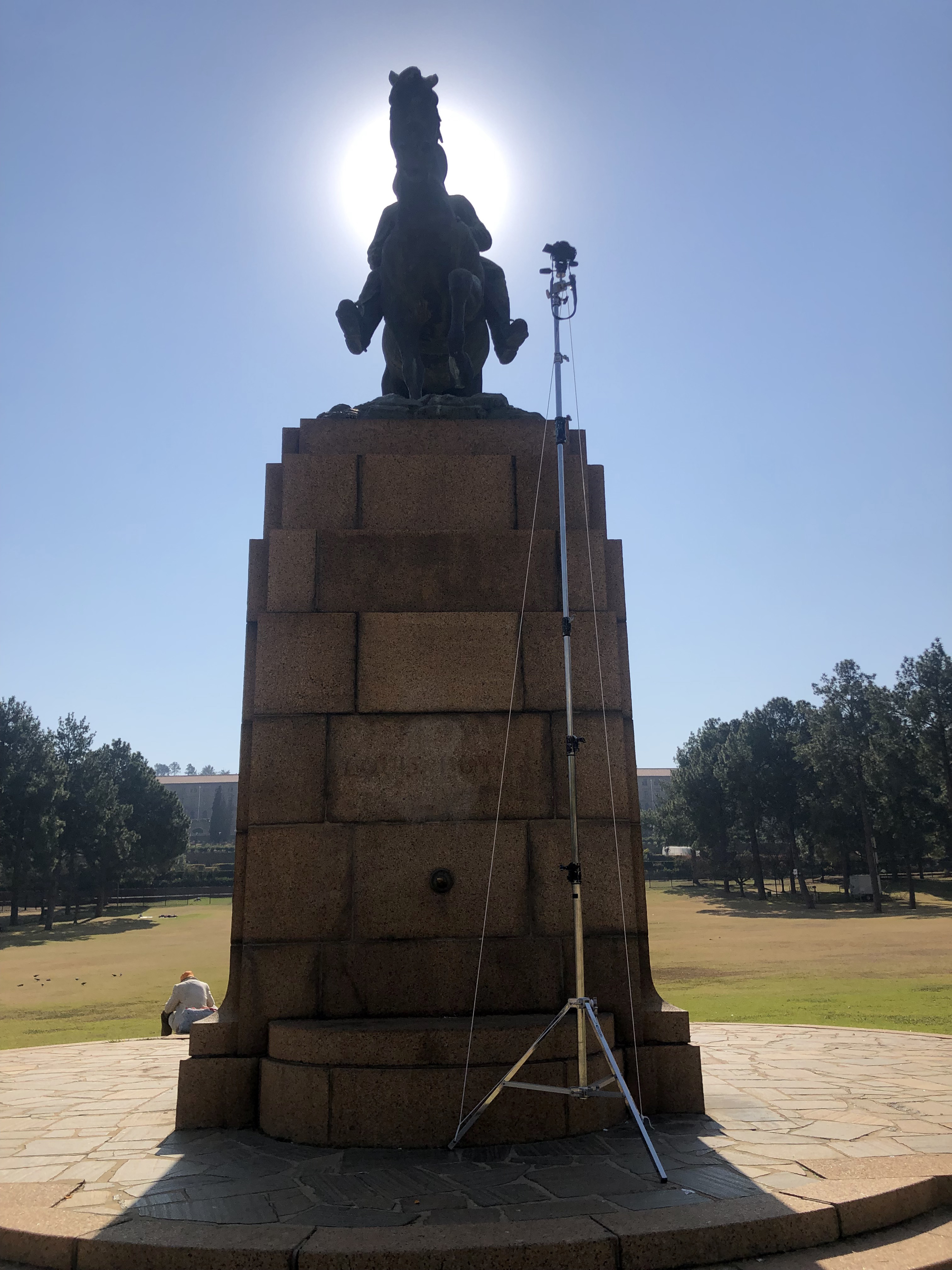